Germany-based VC firm Earlybird will be celebrating today with the news that LinkedIn co-founder Konstantin Guericke has formally joined the company. Having been a venture partner connected with the firm for two years, he’s now going full-time. Working from Silicon Valley, he will act as a portfolio development and support partner.

The move comes as Earlybird announces a package of services for its portfolio of companies, which includes productivity app Wunderlist, photo-sharing app EyeEm and ridesharing platform Carpooling.com.

With increasing competition in the venture capital market, firms have moved to differentiate themselves through ‘added value’ services in recent years. In Earlybird’s case, that means curated portfolio meet-ups, master classes and networking events, plus online access to special service provider deals, reference materials and the ability for firms to exchange information about best practice. A human resources database for the entire portfolio will follow in the future. 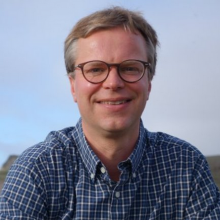 So, why has Palo Alto-based Guericke decided to devote his time to a German VC firm? Well, having grown up in Germany no doubt helps, but he tells me he sees an opportunity to bridge the gap between the US and Europe. American firms tend not to have a footprint in mainland Europe, so why not give a Germany firm a credible Silicon Valley presence to negotiate joint investments and help portfolio companies make an impact stateside?

Guericke says that he’s pleased to see German venture capital begin to adopt the long-term approach of Silicon Valley, rather than pushing for revenues and an exit as soon as possible, which can harm chances of growth. He has an example that’s close to home in more ways than one, too. German LinkedIn rival Xing “had an opportunity to be LinkedIn,” several years ago, he says. “They were moving faster on product but made the mistake of focusing first on Germany… they didn’t expand into the rest of Europe fast enough.”

Xing’s focus on its home market, coupled with a drive for revenue and profitability too early – without an attractive enough free product – held it back, Guericke argues. LinkedIn, meanwhile, took the opposite approach and now dominates the professional networking space in much of the world.

It’s lessons like this that Guericke plans to bring to his work with Earlybird. “I’ll be working with our portfolio companies to become global leaders,” he says.