By now you’ve probably read the story that we published yesterday about spending $3,000 to buy a tweet from Paris Hilton. The results were not surprising, and we didn’t have high expectations for ROI. Rather we thought it would be a fun experiment, and we wanted to see what sort of impact the tweet would have.

We were right. It was fun. We broke down the numbers yesterday and found that some 6,000 people clicked on the link, according to statistics from BuySellAds, the company from which we bought the tweet. Though our own Google Analytics numbers showed a significantly lower impact, we’re pretty sure we know why. We haven’t yet done the digging to see if Paris’ tweet translated directly into any ticket sales for TNW Conference 2012, but we’re also not that worried about it.

What I am worried about is the response that we got to our findings, from one of the BSA folks named Adam Ayers (who, interestingly, I’m told does not work for BSA, but rather works for Paris). Here’s what was said:

Now the numbers here are very true. A 10% CTR would be great under most circumstances. But Ayers failed to do his homework in calling TNW Conference a “geo-focused event”. Simply because it’s held in Amsterdam doesn’t mean that we only have people coming from Amsterdam. In fact, according to conference organizer Patrick de Laive, attendees come from over 40 countries, and folks from the US are the second-largest group of attendees.

Ayers went on to make one more claim that, quite simply, just doesn’t add up:

“Given the price point of your tickets, 1 ticket sold would more or less deliver a break-even ROI! “ 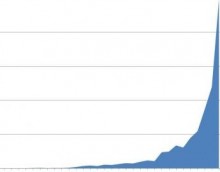 But I’m not writing this to pick on Ayers. He’s just doing his job, trying to show off the positives of the campaign. I’m writing this because it points to a larger problem when it comes to almost every type of advertising online — “facts” are usually far from actually being factual, and yet the advertising sales process (by and large) is driven by “facts”.

In many instances, it’s simply an easily-overlooked factor that can separate reality from fantasy. In the case I’ve pointed to here, it’s the difference between TNW Conference being geo-targeted to Amsterdam versus targeted to the world.

But it might be something much smaller, such as percentage increases being stated where figures would be more fitting. For instance, an increase from 1 sale per month to 3 is still a 200% increase, but that would mean a lot more if the numbers sold were increased from 100,000 to 300,000.

There is a lot to be said for absolute transparency and not obfuscating the numbers when they need to be stated. There is, perhaps, even more to be said for advertising sales agencies that approach things from this same standpoint.

We absolutely were not expecting a massive sales drive via a tweet from Paris Hilton, but we can look at the numbers at hand and see what really happened. Both ad buyers and the sites that host the ad content are getting smarter than they ever have been, and it’s really not hard to figure out what’s working versus what’s a lie, damn lie or statistic.