Last week we found out that Paris Hilton was offering to send out a sponsored Tweet, for $3000. My first instinct was “That is hilarious!” and I showed it to a few people who also all laughed about it. Usually you have a good laugh about it and then continue with your ‘real’ work. We thought we’d use it as an experiment, and we actually bought one.

Although sponsored tweets by celebrities are nothing new, this got our attention. A few months ago, Charlie Sheen mentioned one of TNW Labs’s products, Twitter Counter, which got us 23,000 page views (and we didn’t have to pay for that one). So we wanted to try it out and see if we would get something similar in traffic. After all, Paris has 6.5 million followers, so it has to do something, right?

Well, here’s what we found: 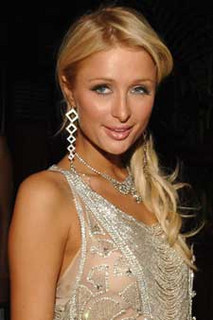 According to Google Analytics, the tweet brought in 2,652 visits, with 75% of them being new, and 85% of those visits bouncing. Given that it was more new visits than usual, we were surprised to see that the bounce rate stayed roughly the same.

The stats from BuySellAds, where we bought the tweet, showed numbers that were considerably different. As of the time of this writing, they’re showing 6,008 clicks of the link. The only thing that we can figure, to account for the difference, is the impact that may have been had by using link-shortening services.

So was it worth it? Well, that really depends on what you’re trying to get. If we consider an 85% bounce rate of the 2,562 confirmed visits that we tracked via Google Analytics, that means that up to 15% of those visitors continued to stay on the site or perhaps purchased a ticket. If they had indeed all purchased a ticket to TNW Conference 2012, there would be no question whether or not it was money well-spent.

If we have indeed gotten a touch over 6,000 visits, then we paid about $0.50 per click. When you’re talking awareness, I suppose that’s not a bad cost, but a decently-titled and interesting post on TNW can easily drive that kind of traffic in a day, rather than a week.

In the end, it was a fun experiment for us, but it would appear that Charlie “tiger’s blood” Sheen has a much bigger impact than Ms. Hilton. Or at least he did when he was still very publicly crazy.

Have you bought your ticket for TNW Conference 2012 yet? If not, why not? If so, make sure to check our Amsterdam Survival Guide.