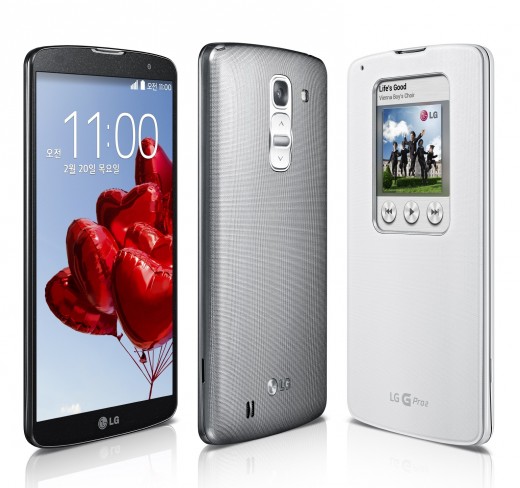 After taking the wraps off its latest flagship smartphone last month, LG announced today the start of sales of the G Pro 2 in Asian markets including Hong Kong, Taiwan, Singapore, the Philippines, Vietnam and Indonesia.

Specific prices will be announced in individual markets, but in Singapore for example, the G Pro 2 is retailing at S$828 ($655) unlocked.

The G Pro 2 looks pretty much like its predecessor — the G Pro. With a 5.9-inch full HD display, it is slightly larger than the G Pro’s 5.5-inches. It comes with the latest Android 4.4 (KitKat) operating system, is powered by a 2.26 GHz quad-core processor from Qualcomm, and equipped with 3GB of RAM and 32GB of internal storage. It also features a 13-megapixel camera on the back, while the front-facing snapper comes in at 2.1 megapixels and has its own flash.

LG made its ‘Knock On’ tap-to-power-on feature standard across its devices, but the G Pro 2 takes that a step further with ‘Knock Code,’ a feature that lets users activate the display by tapping one of up to over 80,000 programmable combinations.