LG has officially lifted the lid on the much-leaked G3 smartphone, the company’s latest Android-powered device to feature rear-mounted volume and power buttons.

Unveiled globally today at simultaneous events around the world, the announcement confirms many of the rumors seen running up to the launch and that keen buyers in Korea will be able to get their hands on the device from this week. It’s due to start rolling out in other markets in June, LG confirmed.

Clearly building on its experience with the previous generation G2, LG has tweaked the overall experience of the G3 to provide more refinement. It has also followed the trend set by rival OEMs for handsets with a scratch-resistant ‘metallic skin’, which allows for wireless charging, unlike a full metal design.

It’s also kept those love ’em or hate ’em rear-mounted volume and power controls near the camera lens on the rear of the phone, although they are slightly smaller than last time around.

Despite the size increase LG said it had worked hard to ensure that the overall size of the device didn’t increase, so while it’s a little larger than the G2, it’s actually the same depth. Officially, it measures 146.3mm x 74.6mm x 8.9mm.

LG said the ‘floating arc’ tapered design helps to keep the overall size and weight down, and that it deliberately stayed away from making the device more rugged or waterproof to keep its slim shape.

Just like other manufacturers – most notably Nokia and HTC – LG has also focused on improving the camera experience in low light and slightly unstable conditions. To this end, the handset has been endowed with a rear-mounted 13.1-megapixel camera, replete with laser-assisted autofocus as well as optical image stabilization (OIS) and dual-LED flash.

The infrared laser focus option actually helps the handset to focus on a subject more quickly, thereby allowing users to snap away more quickly than on the G2.

Other key hardware specs include a quad-core 2.5GHz Snapdragon 801 processor, 16GB of on board storage, 2GB RAM and a front-facing 2.1-megapixel camera. However, LG said it no longer wanted to refer to it as a front-facing camera, so it’s called the ‘Selfie camera’ and has a few tweaks (such as providing a low-light mode and a f2.0 angle lens) for taking snaps.

There’s also a 3,000 mAh battery on board to keep the generously-sized device ticking along all day.

Things could get potentially confusing for buyers here, as there’s actually a second model with 32GB of internal storage and 3GB of RAM. Despite this, LG said it had optimized the device to run smoothly on the model with 2GB RAM.

Running the show is the Android KitKat operating system with a few LG-specific tweaks on board, such as its previously seen Knock On and Knock Code features, which allows you to wake the device and get to your home screen simply by tapping the screen.

Also on board is LG’s Smart Notice system which serves up smart notifications based on what you’re doing, your location and the status of the phone. For example, if you regularly receive a phone call from someone not in your contact list it will ask if you want to add them, or if you miss a call during a meeting, the device will later ask you if you want to return the call.

LG has also tweaked the stock keyboard to make it more responsive to the way in which the user types. For example, if you constantly find that you hit S instead of D, it will learn this over time and respond appropriately.

The upgrades, although minor in some ways, are all solid additions to an already well-specced handset, albeit one that’s far lesser known than some of its big brand rivals. In a world dominated by Samsung and Apple headlines, LG needs to deliver the performance and design promised by the device on paper in order to make any sort of a splash with consumers and reviewers alike.

If it can, Samsung could well have an Android challenger on its hands for the Note line. We’ll have our initial hands-on live shortly, and will bring you a full review as soon as possible. 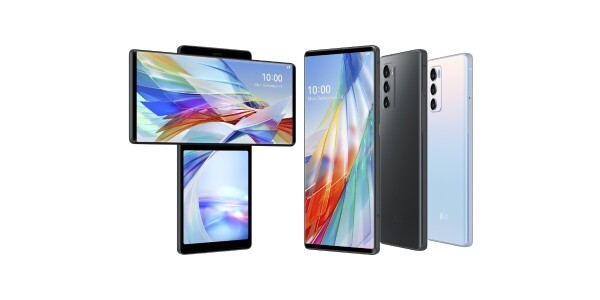 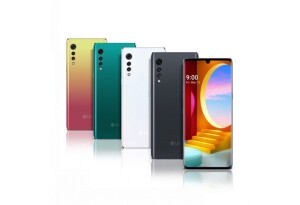 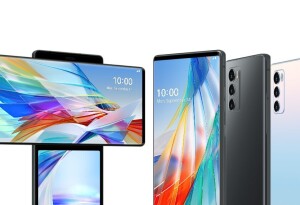