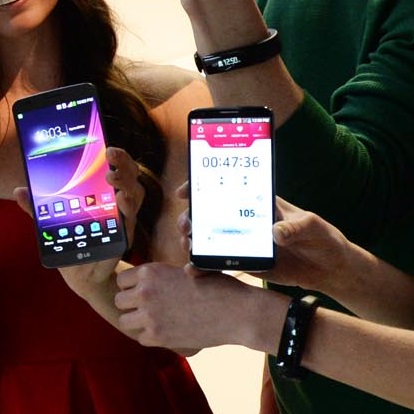 LG has entered the wearable fitness gadget space after it announced the Lifeband Touch, its newest attempt at rivaling the likes of Nike’s FuelBand.

The device is worn on the wrist and tracks a range of physical activity — including steps taken, distance covered — as well as calorie consumption. The Lifeband Touch pairs with iOS or Android devices using Bluetooth 4.0, and can be used to accept incoming calls and play/control music.

There’s no news on its price or release dates just yet, but the device will be shown off at CES so we’ll bring you more details (including close-up pics) when we have them.

LG showcased the Activity Tracker wristband at CES 2013, but it was never released. An image of the Lifeband Touch leaked out last week and, with LG already confirming it was creating a wearable, its arrival is no surprise.