A true leader is one who inspires loyalty with no regard to rank or position.

David Ogilvy, the vaunted “Father of Advertising” and legend among the marketing community, has surely earned the designation of leader. While his true cunning lay in the craft of copywriting, throughout his book Confessions of an Advertising Man you will find deep insights on management, candor, and company culture.

The care he put into making every word matter for his campaigns mirrors his attention to detail in how he ran his company. For Ogilvy, many of his finest learnings on management came from an early job working as a chef in Paris. His experiences there would later establish the principles that were embedded in the Ogilvy & Mather agency:

Thirty years ago I was a chef at the Hotel Majestic in Paris. Henri Soule of the Pavillon tells me that it was probably the best kitchen there has ever been.

Every man jack was inspired by one ambition: to cook better than any chef had ever cooked before. Our esprit de corps would have done credit to the Marines.

I have always believed that if I could understand how Monsieur Pitard, the head chef, inspired such white-hot morale, I could apply the same kind of leadership to the management of my advertising agency.

By any standard, it seems that during his tenure as “Monsieur” of an advertising agency, he succeeded. Below are some of his prudent and often contrarian takes on how an organization should be run. 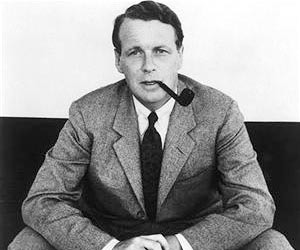 Top-shelf words can begin to lose their meaning when applied inappropriately—for instance, it seems everything is mind blowing on the web of lies.

One humorous example that I’m consistently reminded of is the American tendency to use the word “awesome” in mundane situations. My cousin from Italy is fond of ribbing us for this: “Everything in America is ‘awesome.’ That hamburger was awesome, this weather is awesome—why don’t you say it is nice?”

He’s teasing, but the literal definition of awesome, “inspiring an overwhelming feeling of reverence, admiration, or fear,” clearly shows that its modern usage has left it with a tamer meaning.

Praise, Ogilvy argued, can suffer from the same type of dilution. At the Hotel Majestic, coming across words of praise was just uncommon enough to make each instance a momentous occasion.

“Monsieur Pitard praised very seldom, but when he did, we were exalted to the skies.”

Why might this practice be ideal? Surely you want to keep morale high with words of encouragement, right?

To make his point, Ogilvy details a story of an impromptu visit from the President of France for a banquet hosted at the Majestic. A lively electricity filled the air as chefs and servers alike scrambled in hopes of leaving a lasting impression on this exalted guest.

Ogilvy, responsible for the frogs’ legs covered in a white chaud-froid sauce, describes the tension he felt once it became clear that Pitard was observing him closely:

Suddenly I became aware that M. Pitard was standing beside me, watching. I was so frightened that my knees knocked together and my hands trembled. He took the pencil from his starched toque and waved it in the air, his signal for the whole brigade to gather. Then he pointed at my frogs’ legs and said, very slowly and very quietly, “That’s how to do it.”

I was his slave for life.

As is expected for a captivating writer like Ogilvy, this tale is wrapped in suspense and delivered with gusto. One might infer, however, that this sort of tense environment is not suitable for every company culture. More important is the underlying theme: praise is more meaningful when it is kept sacred.

Every great employee should feel celebrated amongst the team. Share praise, own blame, and encourage comradery through mutual respect. What Pitard’s practice reminds us is that the meaning of “excellent work” can become diminished when it is doled out too liberally. It is no longer cherished, but expected.

The worst way this could settle throughout a talented team is in creating an aversion to candor; with compliments being thrown about for every small deed, people become hesitant to lay claim that something is merely okay, or that a particular piece of work isn’t up to the standards that the group has come to expect from each other.

Celebrate wins heartily with your team, but know that kind words can begin to fall on deaf ears when every conversation is a steady gush of applause.

Leading with a signature strength

The maker-manager transition is one that many founders know well. Progress cannot be made unless you continually fire yourself from former roles, leaving them filled with more talented replacements. Ogilvy himself disdained hiring those who he knew would never match him.

And yet, he shares a belief on leadership also held by Jason Lemkin: that you must lead by example. Lemkin, former founder of EchoSign and venture capitalist, gave this response when asked, “How does a CEO build a successful culture?”

Be better than everyone else at the company at one core function. Then, people will follow you. Maybe not everyone. But, at least some. Even if you are a horrible manager. And lack people skills. They will respect you for being the best in the company at a core function. But if you aren’t the #1 best at something, it’s hard for anyone to follow you through the Desert of Nothing to success. I don’t really see those founder-CEOs ever succeed.

It almost seems paradoxical, as founders often need to step back in order to do their jobs better by letting the craftsmen (and women) take the reigns on the work as they spend more time steering the ship. Lemkin seems to advocate that early on, you must inspire the troops with skill.

Later, the skills to cultivate are the ability to hire, to maintain a magnetic culture, and to serve as the best human resources person in the company.

For Ogilvy, this philosophy was planted thanks to Chef Pitard’s leadership. Although the operation of the restaurant fell squarely on his lap, Pitard seemingly knew the importance of taking rare steps back into the arena.

He had to spend most of his time at his desk, planning menus, scrutinizing bills, and ordering supplies, but once in a week he would emerge from his glass-walled office in the middle of the kitchen and actually cook something. A crowd of us always gathered around to watch, spellbound by his virtuosity. It was inspiring to work for a supreme master.

Following Pitard’s example, I still write occasional advertisements myself, to remind my brigade of copywriters that my hand has not lost its cunning.

It is inspiring to be paced by a role model. They quietly remind you of what is still possible. But I would slightly contest Ogilvy’s conclusion—more than losing their touch, it is oftentimes rewarding and just as important to see that the leadership hasn’t lost touch with the ground-level work.

At Help Scout, I’m always inspired to see folks like our CTO Denny step in and personally help a customer with a problem. There is no detachment from the customer, and it reassures me that there is no detached interest from the company’s mission at large: a modern day version of the captain who willingly slums it with the troops, so to speak. Any “brigade” will appreciate seeing that.

Set the tone, or have it set for you

I’ve heard it argued that those companies that spend the most time opining on culture are the ones in which a lackluster one most likely resides. Perhaps true for soulless corporate giants, but young companies must understand that a culture will form whether you like it or not. Shouldn’t you have some say in its direction?

Ogilvy truly believed that his advertising agency most benefitted when the top men and women relentlessly pursued this principle responsibility: to provide an atmosphere in which creative mavericks could do useful work. Much to his chagrin, as the company grew, he found he could no longer have one-on-ones with every single employee.

“It’s not all beer and skittles,” he warns. The larger an organization gets, the more an established culture matters, as it is no longer as malleable as it was in days past.

With this in mind, Ogilvy set the tone in two consistent ways: transparency and candor. In a yearly assembly at the Museum of Modern Art, he would address every advertiser under his wing:

[I] give them a candid report on our operations, profits and all. Then I tell them what kind of behavior I admire, in these terms:

I admire people with first-class brains, because you cannot run a great advertising agency without brainy people. But brains are not enough unless they are combined with intellectual honesty.

I despise toadies who suck up to their bosses; they are generally the same people who bully their subordinates.

I admire self-confident professionals, the craftsmen who do their jobs with superlative excellence. They always respect the expertise in their colleagues. They don’t poach.

I admire people with gentle manners who treat other people as human beings. I abhor quarrelsome people. I abhor people who wage paper-warfare.

The objectives seem quite similar to modern day manifestos like Buffer’s Culture or Moz’s TAGFEE principle. When the team knows what the company values, they find it easier to develop and hone these behaviors.

It was Ogilvy’s hope that these clear-cut standards would be held not only for his team, but for himself. Setting this precedent, he argued, created resilience among the team members, affection for one’s co-workers, and a tolerance for their foibles.

In short, it created unity through clarity by laying out how the company should operate.

Read next: What I learned about creativity from Pixar’s Ed Catmull