Nest Labs, the learning thermostat company, has appointed Tom vonReichbauer as it’s new CFO. The announcement was made today by founder and CEO Tony Fadell. vonReichbauer comes from Tesla motors, where he served as Director of Finance for the last 4 years.

vonReichbauer brings a history of financial positions at other automotive companies like Ford and Volvo.

“Through his leadership and involvement in financial and strategic planning and public and private financing,” says Fadell, “Tom helped Tesla grow into a major player in the global auto industry.” 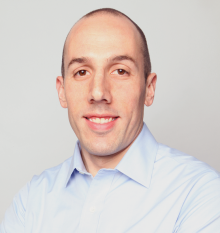 Tesla has shown impressive growth lately, with founder Elon Musk saying that “”I’m hoping we’ll have a profitable quarter this year…shame on us if we can’t achieve that,” at the Detroit Auto Show earlier today.

In addition to a new CFO, second Nest employee Shige Honjo has been promoted to VP, Program Management and Manufacturing. As is the case with Fadell and co-founder Matt Rogers, Honjo is an ex-Apple employee who acted as Lead Engineering Program Manager for several ‘early generations of iPhone’.