Last week US search giant Google launched an initiative which warns users based in China when their search terms will cause issues with its servers.

The move comes after the company discovered that, over the past few years, certain terms cause users to lose connection to Google for a minute or more after a search is performed.

Google says that these connection errors are ‘out of its control’ — raising the suspicion of government intervention — but that the search firm has determined which particular Chinese characters are causing the most problems when used in searches.

The move has been welcomed by many, including noted free speech advocate Rebecca MacKinnon. In an article for Foreign Policy, MacKinnon claimed that the blockages were a result of China’s “ridiculous level of censorship”, and called the move “the second clash”  between the Web firm and Chinese authorities.

Top story: Google begins linking Google+ with Orkut. Is this the beginning of the end for Orkut? 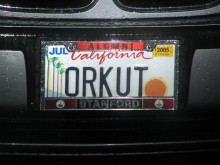 Users of Orkut, which is popular in India, Brazil and other emerging markets, can now link their profiles to the other service, and share posts to friends on either network.

The move has been expected for some time and it casts the future of Orkut in some doubt. While there’s no doubt that the death bell began ringing when Google+ first arrived, this move to integrate the two is surely the beginning of the end? 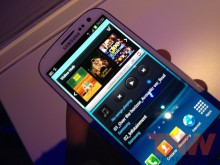 Korean mobile giant Samsung last week launched its much-anticipated Galaxy S III handset in 26 markets across Europe and the Middle East, with plans for a second launch to take it to 145 markets in July.

The device is seen as a genuine rival to the iPhone 4S and the speculated new Apple smartphone that is believed to be launching later this year.

Sources close to Samsung say that the Galaxy S III has already clocked up more than 9 million pre-orders, making it close to half as successful as the Galaxy S II, which saw 20 million shipments in 10 months. 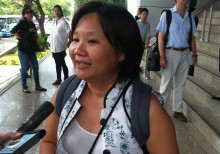 A court in Thailand found a webmaster guilty of failing to delete comments in breach of the country’s lese majeste law fast enough, further highlighting the issues of free speech and Internet laws there.

Although Prachatai‘s Chiranuch Premchaiporn, know as Jiew, was handed a suspended sentence, she was found guilty of leaving one comment that was deemed offensive to the Thai monarchy online for 20 days.

The fact that a publisher is responsible for content written by others leaves question marks around how sites like Facebook might be punished for unlawful comments from its users. Miss Premchaiporn told reporters that, though relieved at avoiding jail, she believes that the ruling will force other media to further self-censor their content and opinions online.

The ruling drew a number of reactions from global organisations and free speech groups, the loudest calls came from Google, which denounced it as a “threat” to Thailand’s Internet potential.

We recently expanded our events partnership service and, as a result, we are now working to help promote more events in Asia and the rest of the world.

Here’s a summary of notable events that are coming soon in Asia:

Startup Asia Jakarta showcases newly launched and product-ready tech startups born in Asia. The event will feature many startups originating from Indonesia, along with early-stage startup investors and entrepreneurs who want to show off their products.

TNW readers get a 35% discount on tickets when using discount code “TheNextWebReaders” here.

UnPluggd is one of India’s most notable startup events and a key launchpad for startups in the country. The event brings together investors, angels, incubators and, importantly, the Indian entrepreneurial community. The deadline for demo nomination is June 16.