Financial terms of the acquisition were not disclosed, but the reasoning behind it is obvious given Samsung’s numerous mobile products. 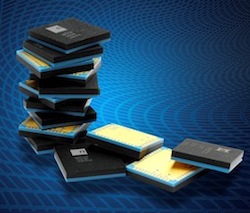 The semiconductor company is a ‘fabless’ chip maker, which means it designs chipsets but outsources the actual manufacturing of them.

Founded in March 2004, Nanoradio is headquartered in Kista, Sweden, but also boasts sales offices in Korea, China, Japan and the United States.

Its chairman and CEO is Keith Cornell, who also serves as SVP, International for Clearwire in the United States. He’s previously served on the management teams of several mobile operators, including O2.

The rest of Nanoradio’s management team has experience at companies like Nokia, Ericsson, Fujitsu Microelectronics, Compaq and Dialog Semiconductor.