Xiaomi is a smartphone-maker that’s often likened to Apple and last week the company unveiled its much anticipated new device, one year after launching the Mi1, which sold more than 3 million units in China.

TNWs own Josh Ong was at the launch event and he was pretty impressed with the device and its price point, which is significantly lower than the iPhone and high-end Android devices. 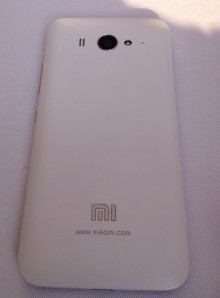 Here’s his overview of the Mi2, which opens for orders in September and will ship from October – it’s limited to China…for now.

The Indian government has moved to restrict SMS usage in the troubled north of the country where it was being used to spread false rumors, in a move that shows just how important mobile and technology are in today’s age, right across the world.

A report from NDTV explains more:

After reports of threatening SMS-es being sent to North Eastern students in Bangalore and other cities like Hyderabad, the government has banned bulk text messages for the next 15 days. So no cellphone user can send a message to more than 5 people.

Cities like Hyderabad and Pune have been on edge with their large North Eastern communities feeling insecure about their safety. In the last month, nearly 80 people have died in ethnic violence in Assam and doctored MMS-es and text messages have infected other states, warning that students and professionals from the North East will be attacked.

Sharp is struggling right now and last week reports emerged suggesting that the tech giant is reportedly looking to sell more than $1.2 billion in assets, including a key solar panel plant in its native Japan.

A report from the Daily Yomiuri claimed that the company is already in negotiations with an overseas bidder as it looks to sell off assets to a number of refinancing initiatives. However, it is thought that the sale will not be straightforward since more cost effective options exist overseas.

Sharp did not disclose specific details, but a spokesperson confirmed that it is assessing the situation:

The online music revolution is finally winging its way to Southeast Asia after Spotify-rival Deezer announced plans to launch in Thailand, with a view to rapidly entering Singapore, Malaysia, the Philippines and Indonesia after.

The region has been largely overlooked by global music services, despite having huge potential thanks to significant increases in smartphones sales, quarter-by-quarter, and Deezer is grabbing a head start on the competition with this move.

The company is adopting a similar model to its entry into European markets and has partnered with mobile carrier Dtac in Thailand, which will offer a service to its postpaid customers.

A selection of interesting reads 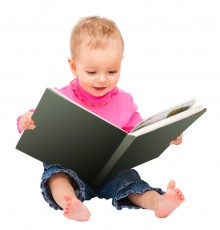 We like to do more than just deliver the key news from Asia, and often mix it up with startup reviews, videos or other interesting content.

This weeks it’s a set of reads that we think you’ll enjoy on top of the week’s key happenings.

India’s consumer Internet space is tipped to come of age in the next few years but this excellent guest post from Ankush Chibber (originally in the TNW iPad Magazine] explores the good and bad as Indian startups find that growing from promising businesses into big fish is no easy task in the country.

Xiaomi launched the Mi2 this week and, following the event, we delve into analysis on how the company and its culture has grown in China, and the parallels with Apple and Android.

The startup guide to China

Strictly not published last week (as it was also in the TNW Magazine), this is our guide to China’s tech scene, written with startups in mind. The article has already generated a fair amount of discussion, and we’d love to hear more thoughts around the topics, companies and people included.

Hong Kong’s only startup bootcamp isn’t a million miles from the topic of startups in China (quite literally) and this story looks at the program which is now opening applications for its upcoming second batch of entrants.