This article was published on September 2, 2012

The launch of the Qihoo 360 search engine has added some controversy to China’s Baidu-dominated search scene which has been relatively quiet since Google’s high-profile exit a couple years ago.

Qihoo is the one bringing that new spice and, a week after it was suggested that the new boy had overtaken Google on Chinese market share within just 5 days of launch — courtesy of making it the default search for its popular Hao.360.cn portal — its actions have elicited a response from Baidu.

Last week, local media reported that Baidu was redirecting inbound links from Qihoo Search to some of its services, including Baidu Know, Baike and Baidu Post Bar, to its homepage. Hours later, Qihoo responded in turn by redirecting users to its own cached pages of Baidu services.

There’s been plenty of drama since Qihoo 360 emerged and all the signs point to this spat continuing with further sparring over the coming few weeks. 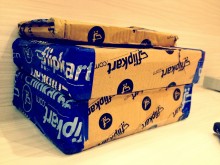 E-commerce service Flipkart is India’s poster boy start up and the company further illustrated its potential by raising an undisclosed Series D round. Flipkart says legal and contractual issues prevent the figure being revealed but the total investment is speculated at $150 million, which would be its largest funding haul to date.

The deal sees two new investors come to the table: ICONIQ Capital and Naspers-owned MIH India, the latter of which is now its second largest shareholder after injecting a reported $90 million in capital.

Recent rumors suggested that the company was “haemorrhaging” as it continues to expand and develop its offering and product lines and, though not responding directly to reports, CEO Sachin Bansal admitted that investment in growth is affecting its margins.

“We will be operationally profitable in 2013. We were profitable in the first two years, but growth puts pressure on profits…it’s a trade off,” he told Livemint.

While news of the funding broke on the fringes of the previous weekend, our in-depth report went live last Monday. 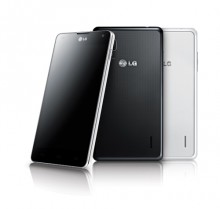 LG is plotting a smartphone revival and, one week after revealing that its ‘phablet’-like Optimus Vu will go global from September, it unveiled its much speculated first quad-core smartphone, the Optimus G.

The phone is powered by Qualcomm’s Snapdragon S4 Pro (APQ8064), with a 1.5Ghz quad-core CPU, 2,210 mAh battery and its ‘G2 Touch Hybrid Display’ is 30 percent thinner which, the firm says, makes images on the screen “seem to touch the fingertip without the glass creating a barrier in between.”

It has been much speculated for some time, with reports as far back as July, and the phone will launch in Korea in September — on all three carriers — before rolling out to selected international markets before the end of 2012.

The phone has already been unveiled by Japanese operator DoCoMo, which will offer it on its Xi LTE service.

We’re being a little more liberal when casting our net for Southeast Asia this week and are including Taiwan (since it doesn’t exactly fit into the other geographic categories), and the country saw a couple of significant announcements from US-based Evernote. The note-taking firm signed a distribution agreement with Taiwan Mobile — the country’s second largest operator — and also announced the opening of a country office.

The deal with Taiwan Mobile will see its 7 million customers given free access to Evernote Premium for one year, while the offer is extended to anyone who buys a new smartphone or tablet with the operator. The deal is its third such arrangement, and follows on from similar agreements with Japan’s NTT DoCoMo (2010) and Orange in France (2011).

Evernote already has 500,000 users in Taiwan and its new office — which already boasts two members of staff — will be key to growing its visibility and raising this number. It also an opportunity to expand ties with developers to grow locally-focused apps and services that help Taiwanese users get more from the service, CEO Phil Libin explained:

“One of the main reasons for our move into Taiwan is to encourage local developers to create content using our API since we’ve seen many excellent creations from developers in the country.”

Opera’s monthly State of the Mobile reports always throw up interesting data, particularly in emerging markets where a large chunk of its 200 million plus monthly active users reside.

That’s the case for the July 2012 report which found that Facebook, YouTube and Google dominate Opera customers’ mobile Web usage, with the three sites ranked among the top three most visited in 16 of the 25 Asia countries that the Norwegian firm monitors.

China, no surprise, and Japan are the two notable exceptions. Though interesting, these statistics counter browser usage only and therefore use of popular mobile apps, such as Instagram. is not reflected. With many Opera users operating on feature phones, the results are of much value in helping plot what services non-smartphones users are flocking to.