We only have a few hours left after seemingly endless speculation about the possibility of Apple launching a watch or wearable device. In a few hours, we should know the truth.

Here are some of our own observations and a few links to influential Apple watchers. Will be a lot of fun to revisit this post later and see who was right about what.

The New York Times reports that U2 will play an important part at the event. That would imply there will be an important music component to an iWatch:

Extending a decade-long connection with Apple, U2 will play a significant part in Apple’s event, which will be held at a performing arts center in Cupertino, Calif., the company’s home base, according to three people briefed on its plans. In addition to performing, the band will reveal an integration with Apple’s products that is connected to its next album, which is expected to come out by the end of the year, according to these people, who spoke anonymously because the band’s appearance — and its deal with Apple — is supposed to be a surprise.

“It must be excellent at something else”

John Gruber reflects on the event with some predictions about the iPhone but also a very interesting theory about the iWatch:

What role will Apple.com play?

The Apple site has a cryptic message on its countdown page:

In the past Apple’s website never played a role in the keynotes. The Store would be shut down ahead of the event and re-open afterwards. Some keynotes would be streamed from a page on Apple.com, but that would be about it.

Now Apple redirects all traffic to its homepage to a countdown page and promises to show ‘a whole lot more’ on the site. Will the site be updated as new products are announced onstage? It would distract from the keynote itself, but it could be a great multimedia experience.

My own prediction from a year ago in which I explain why I would buy six or more iWatches if they were announced:

What if Apple launched the iWatch as a health and medical tracking device. You might have picked up the flu, and not even know it. But your iWatch detects it, two days before any symptoms start showing, by using these non-invasive sensors. Your doctor has an iPad with a special patients monitoring app, and can send you a push notification with some advice (“better cancel your meetings for the next 7 days!”) or even direct you to the nearest pharmacy to stock up on some medicine.

Not an ‘iPhone on your arm’

Apple didn’t announce the iWatch then, but most likely it will today. And if you are still thinking ‘why do I need an iPhone on my arm?’ you should also read ‘Apple understands the difference between a pocket watch and a wrist watch‘:

And to manage your expectations even more this is what ABC News teases:

Excited yet? What do you think Apple will announce? Lets discuss it in the comments… 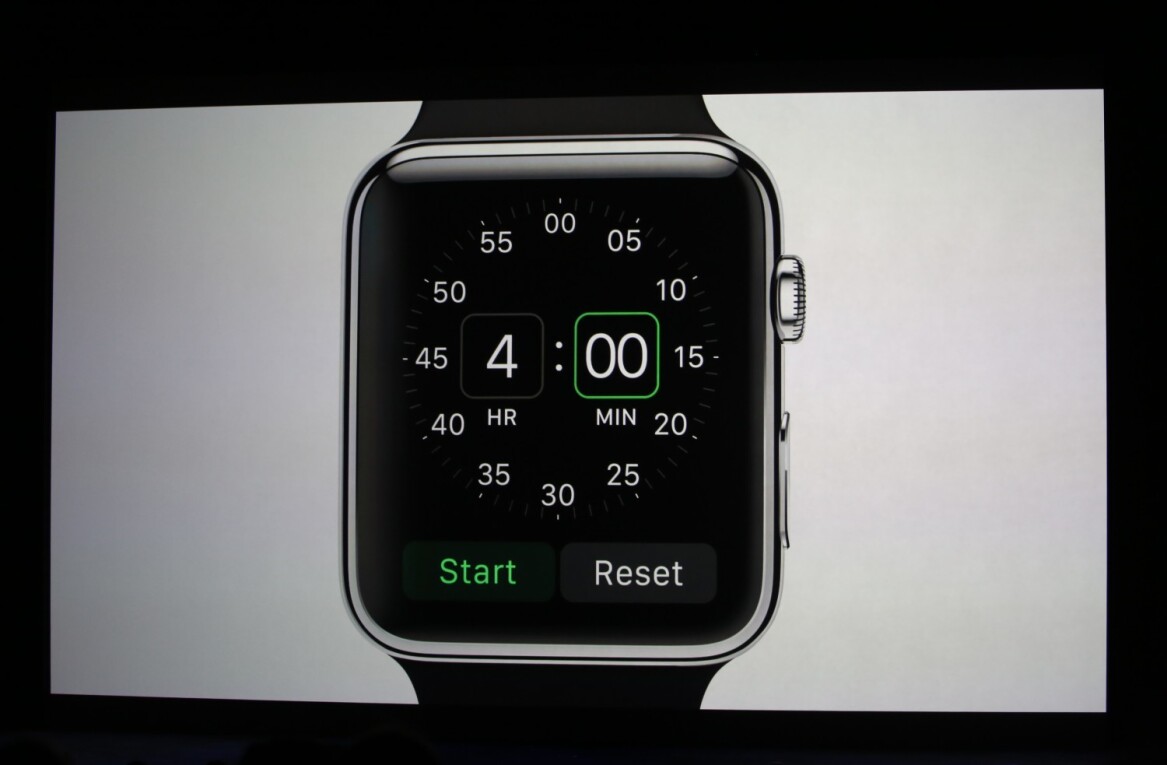