The Apple Watch is real and thank heavens it’s not called the iWatch. But it is entering a very crowded market, and during my very short time with it in demo mode, it seemed to have the same issue as watches from LG and Samsung. Too thick.

The watch comes in two sizes. I tried out the larger one. Apple only had the regular and Sport version available for “testing.” The more expensive Edition version was nowhere to be seen. Once on my wrist, it was déjà vu. The thickness of the watch is a reminder that you’re strapping a tiny computer to your wrist.

That said, it’s a very well-designed tiny computer. The contours were comfortable and the stainless steel back wasn’t flat and uncomfortable like the LG G. It’s water resistant, but not waterproof. You can use it in the rain and while washing your hands, but stay out of the pool. The actual look of the watch is more of a personal preference. Unlike the iPhone, which seems to impress everyone, the Apple Watch seems to be more of a polarizing device. I like it, but not enough to throw down $349. Maybe I’d like it more if it wasn’t so thick. At least the OS looks cool. How it works, we’ll have to wait to find out.

The watch I was allowed to wear didn’t actually do anything. I got to watch it go through demo mode and I was able to feel a demo mode heartbeat–which was actually very nice. Almost creepy nice. There’s a good chance that once I can use a working model, I’ll spend too much time feeling heart beats.

The crown (dial) seemed easy to grab and turn. Although it’s difficult to determine how well it works since it didn’t actually do anything. As far as I know, it might not have been even attached to anything in the watch.

The actual working watches were worn by Apple employees who walked you through the various menus. The watch didn’t stutter between features while I watched a very polite Apple employee show me all the bells and whistles.

The interface looks very impressive. But without getting actual hands-on time with it, it’s difficult to say how much better it is than Android Wear. Being able to zoom in and scroll with the crown instead of your finger seems awesome and it leaves swiping to features that don’t require the user to see the face of the watch. Typical Apple–thinking beyond just shrinking down a phone for your wrist. But real world use will determine how helpful it really is.

The Retina display looks amazing. It looks like it would be bright enough even in direct sunlight. But, we’ll have to wait until 2015 to test that out since the watches were kept inside Apple’s white demo building. In fact, we’ll have to wait until 2015 to really get our hands on a working device. Until then, it’s just a shiny piece of metal on our wrists with a really cool demo. 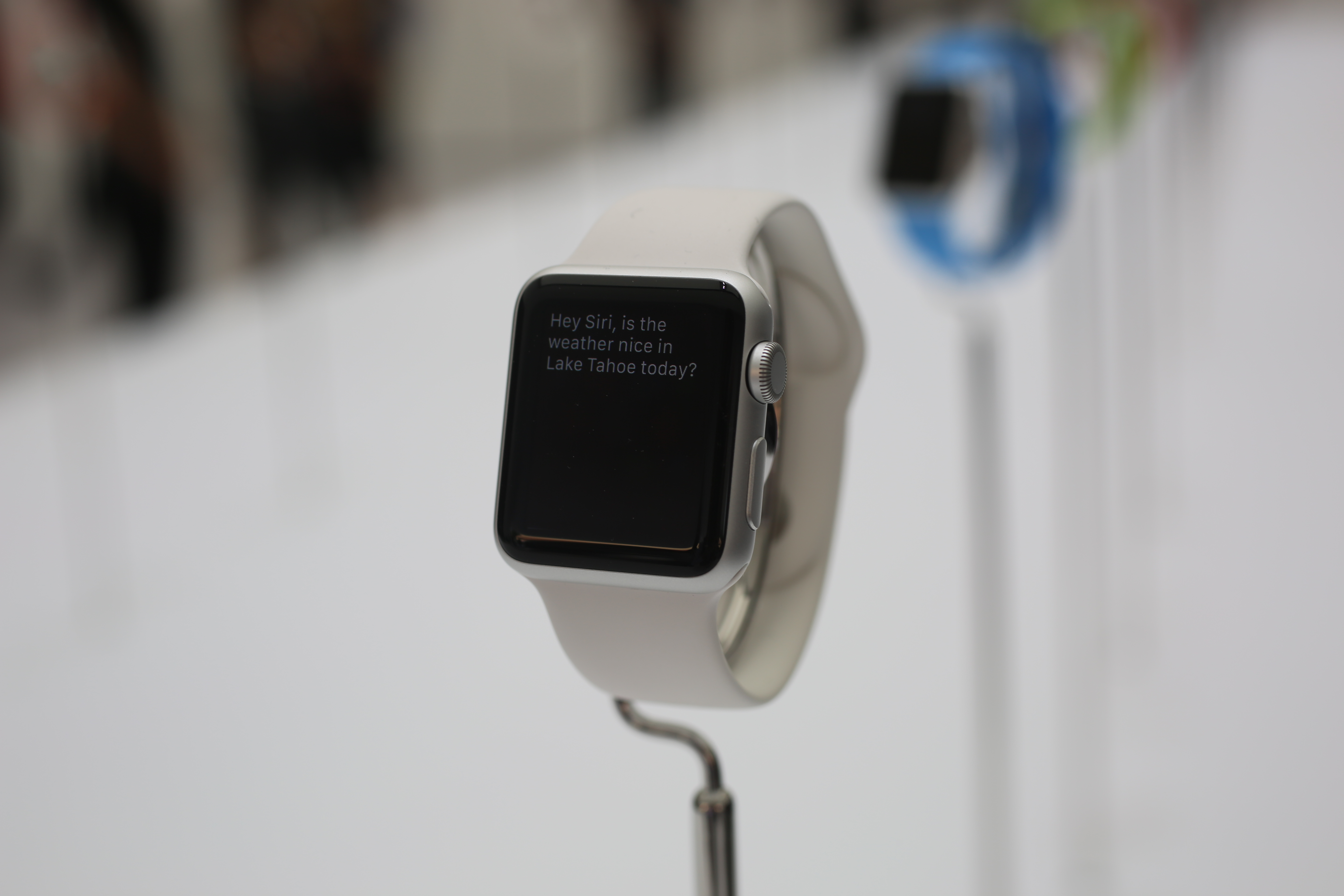 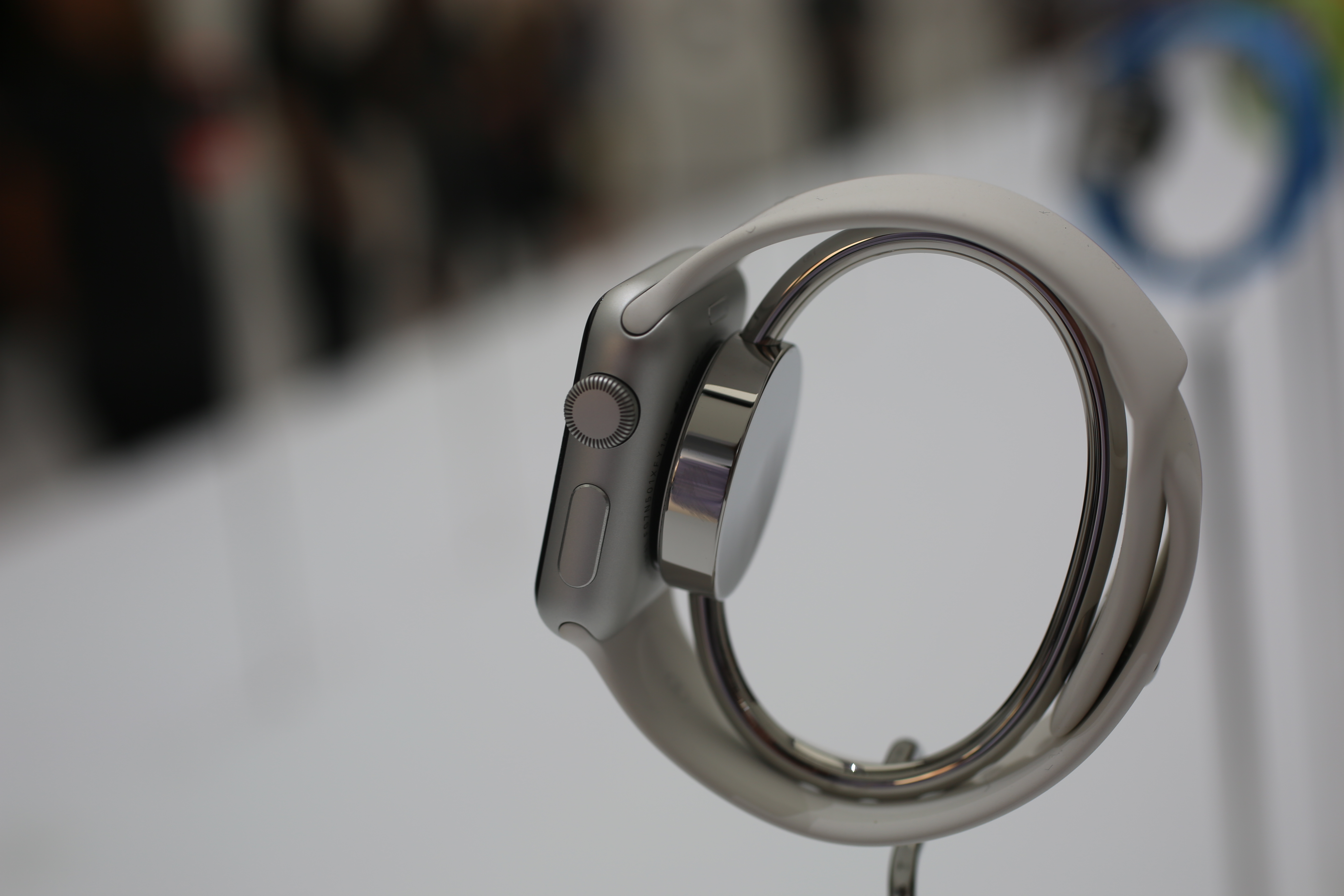 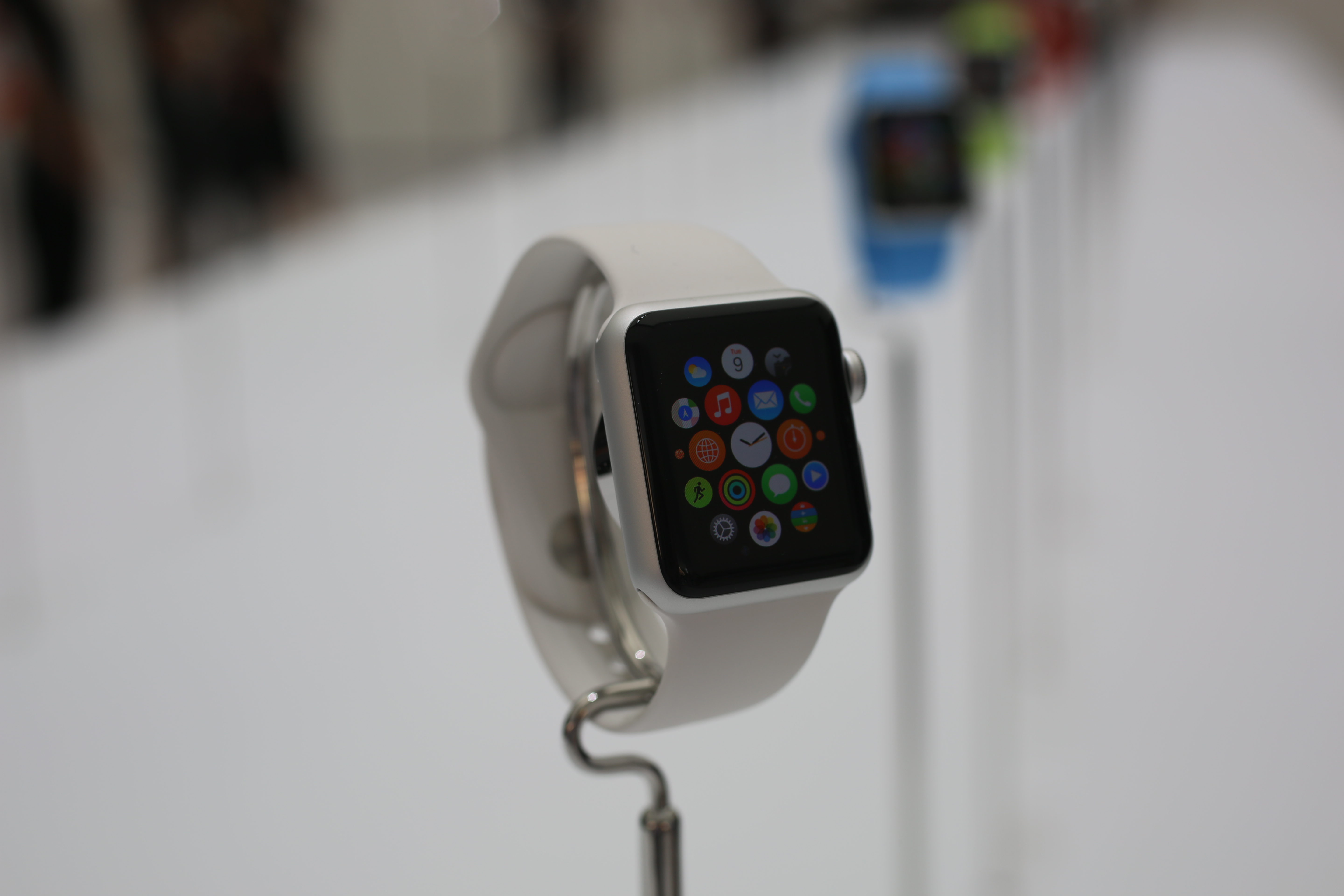 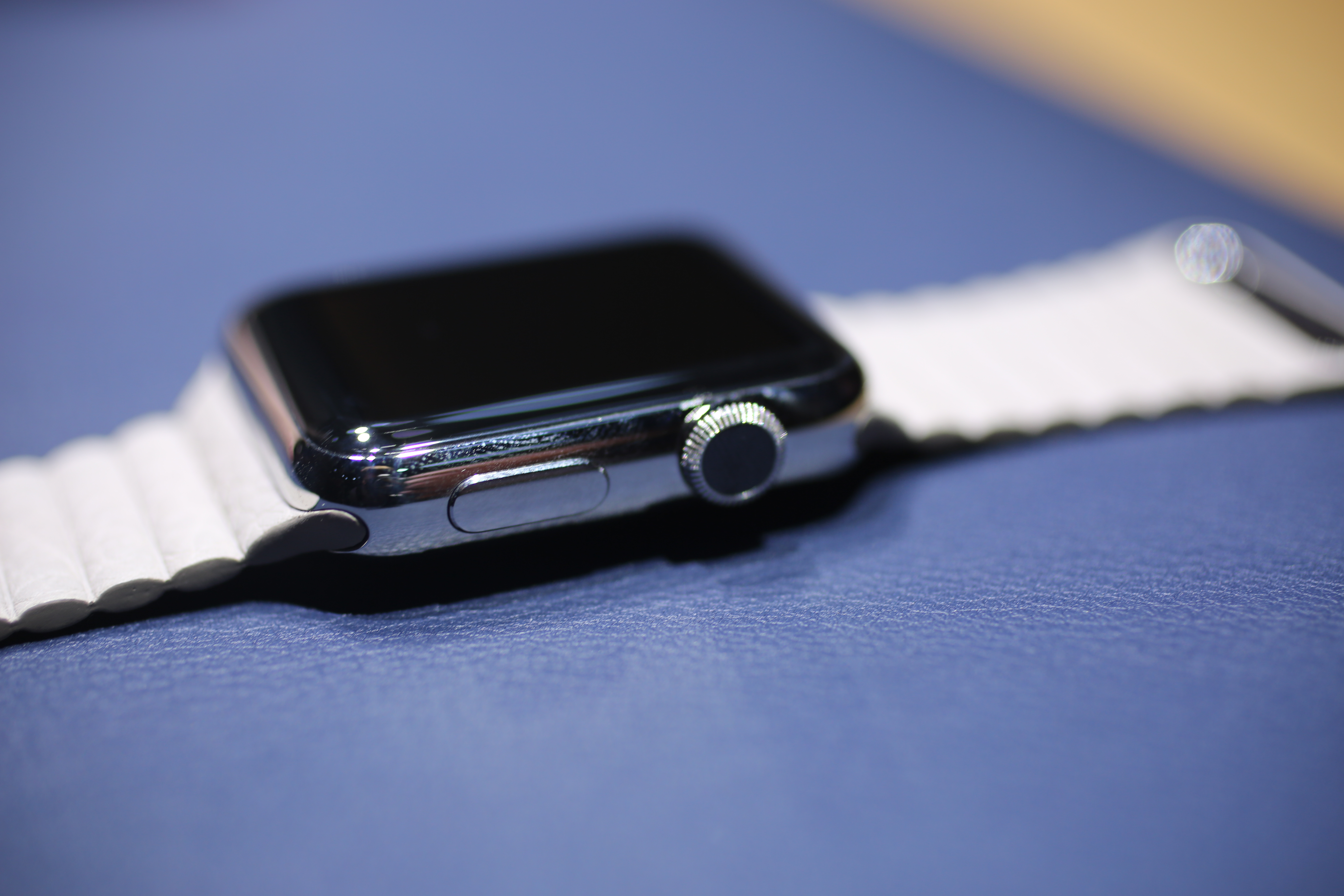 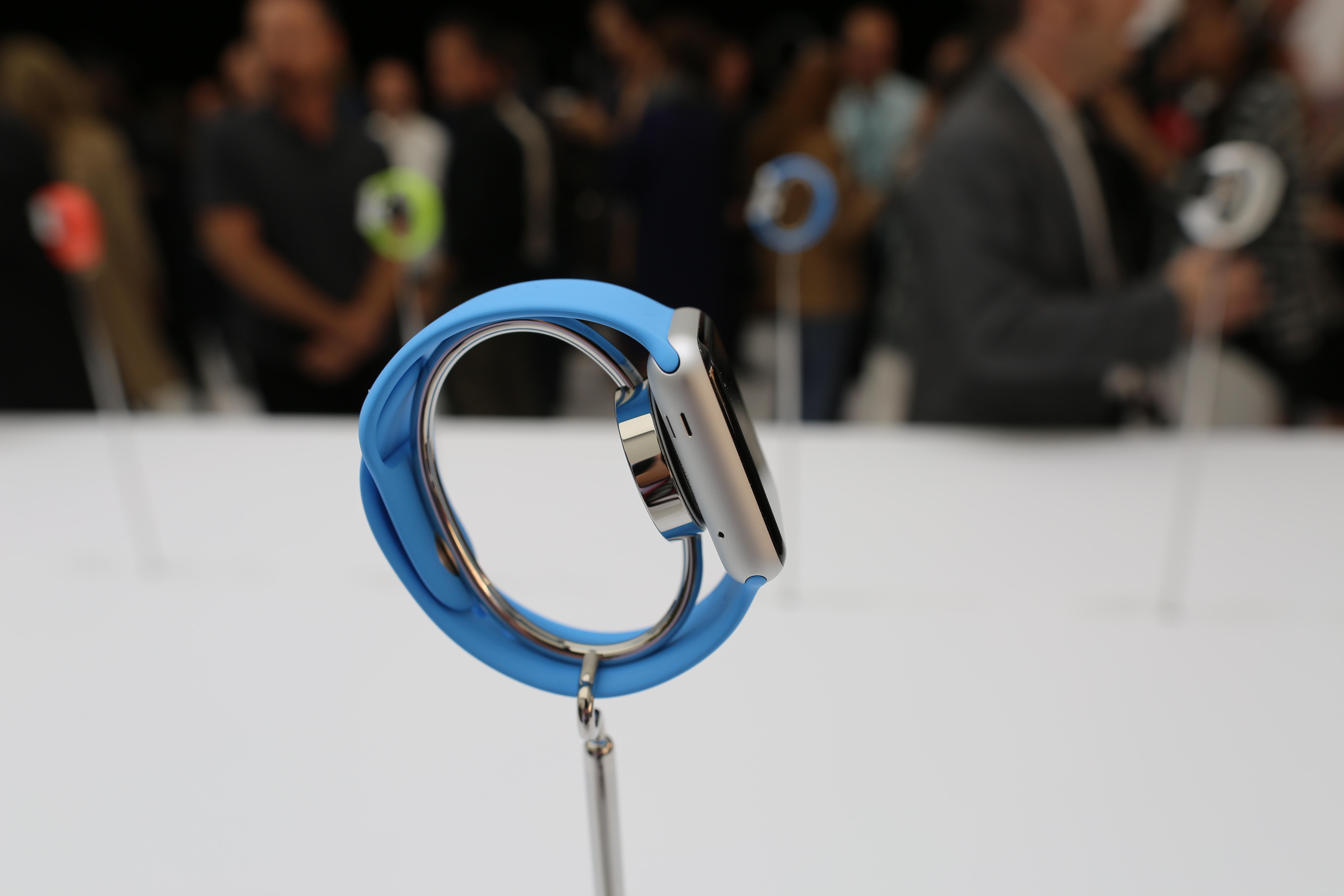 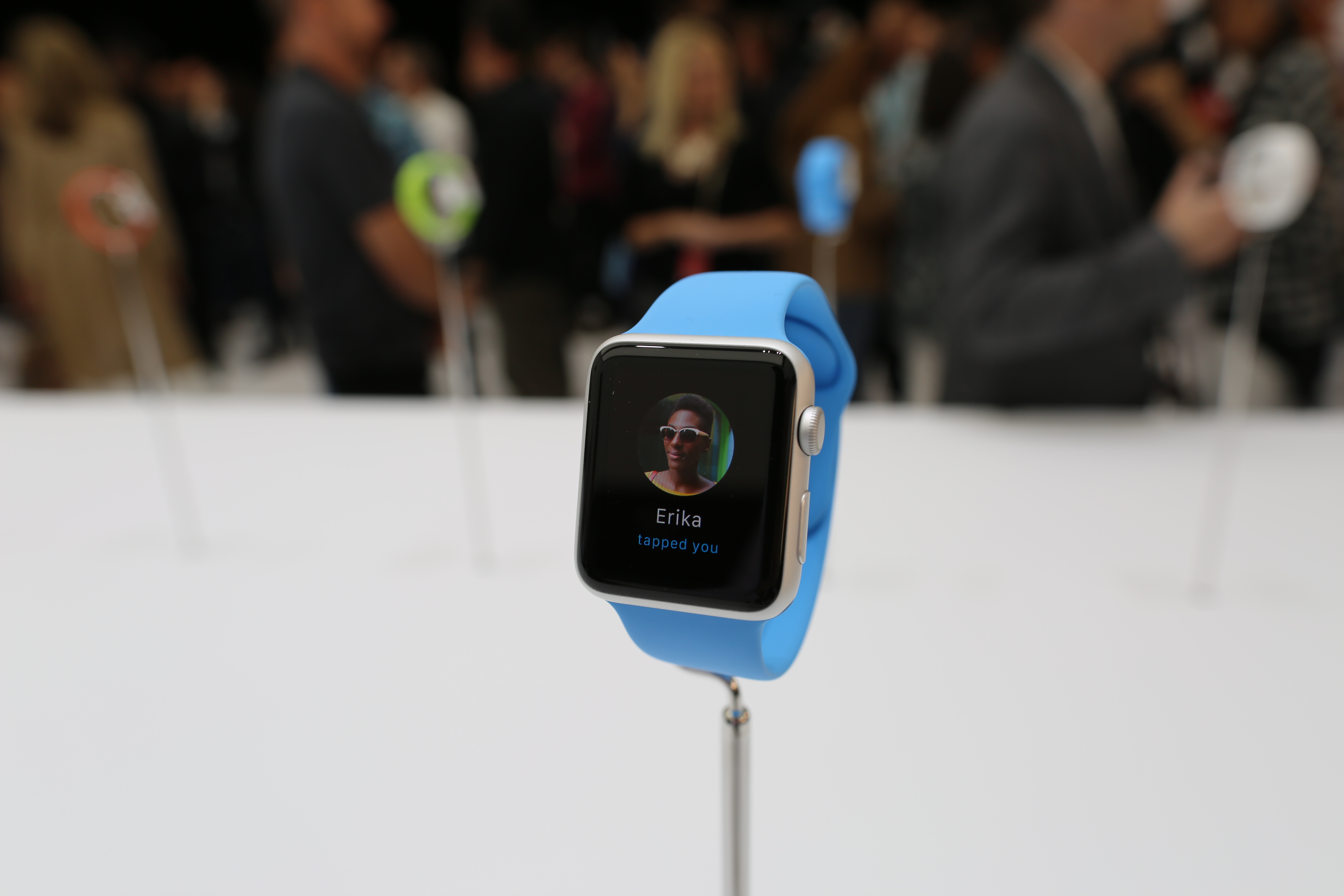 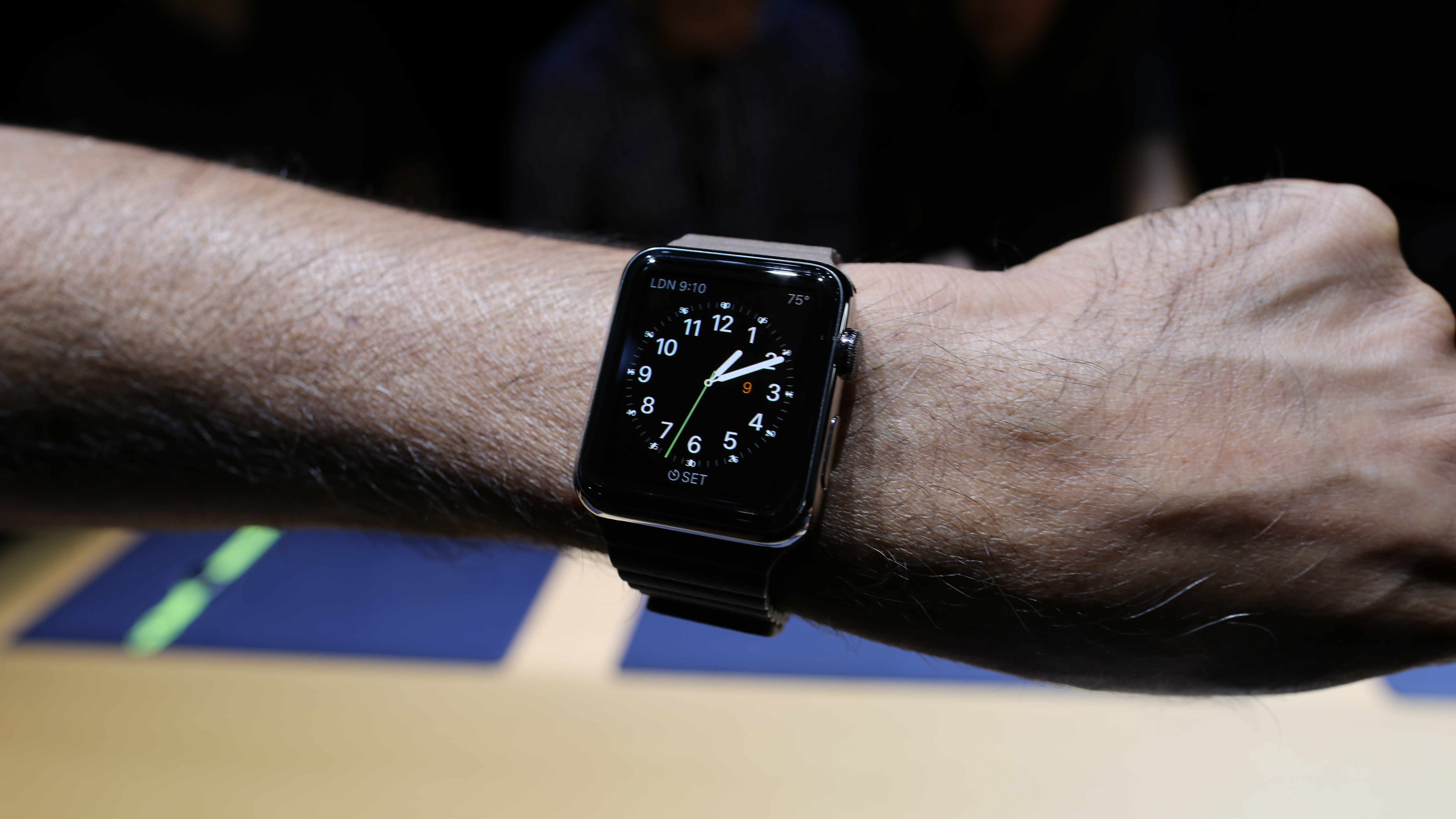 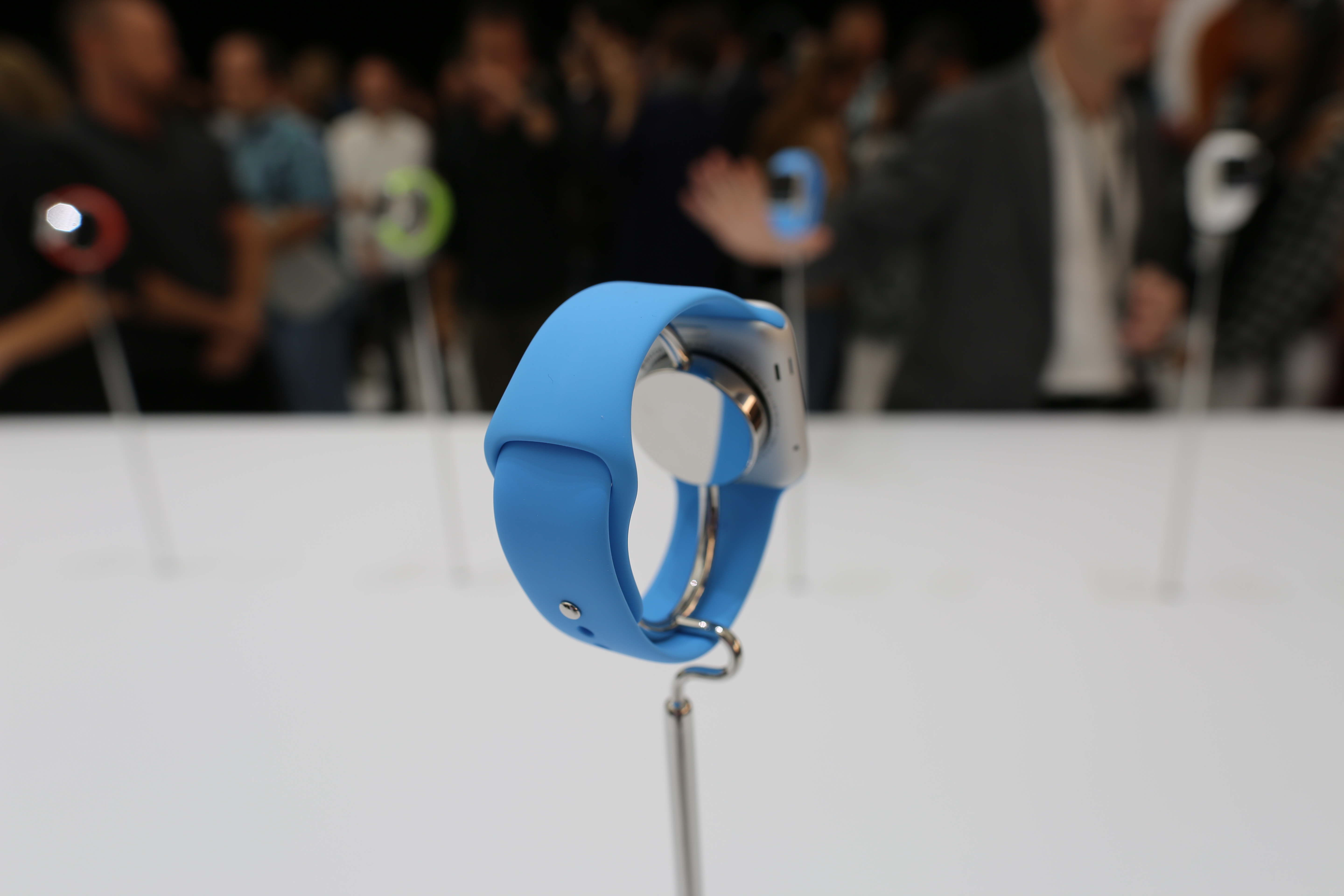 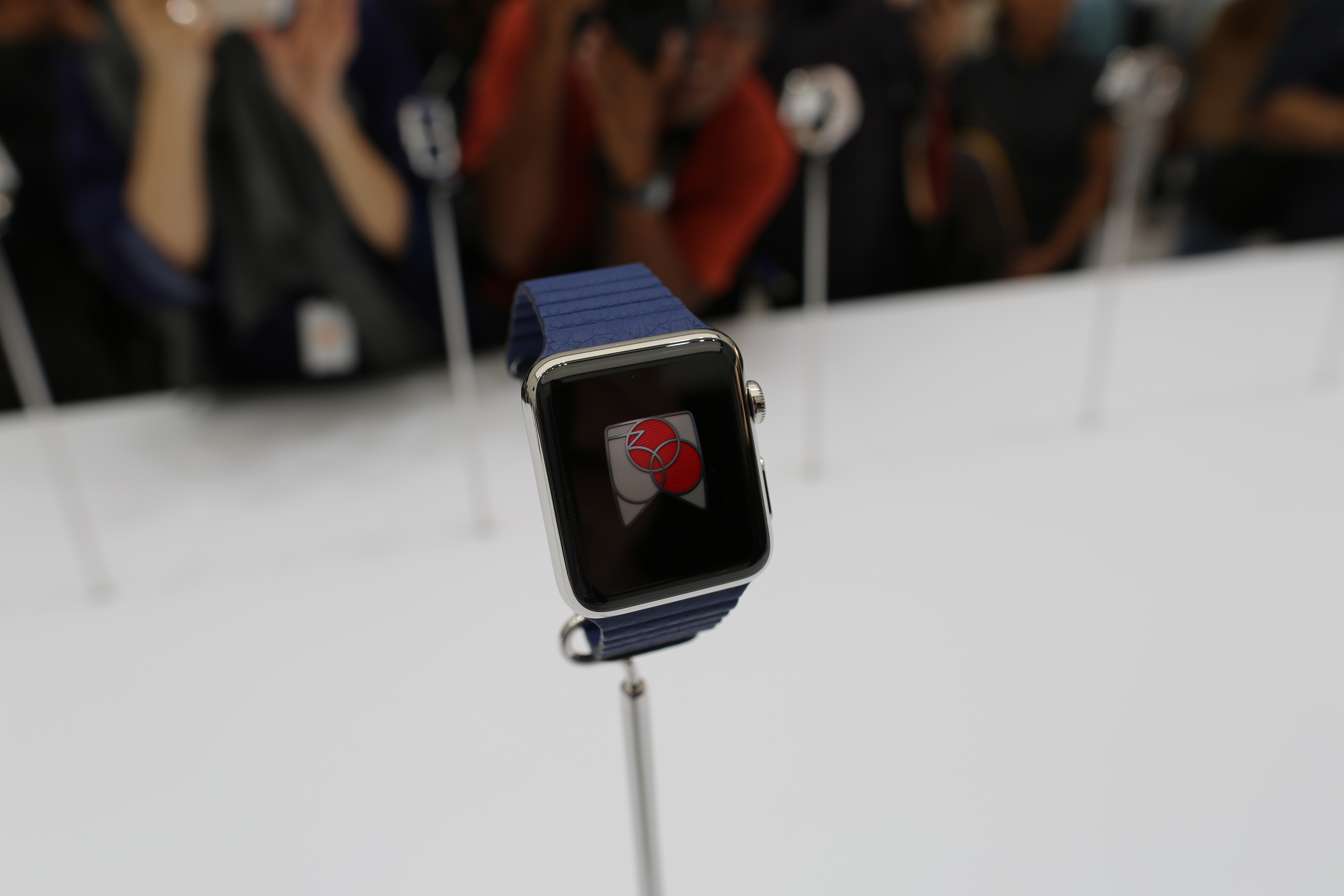 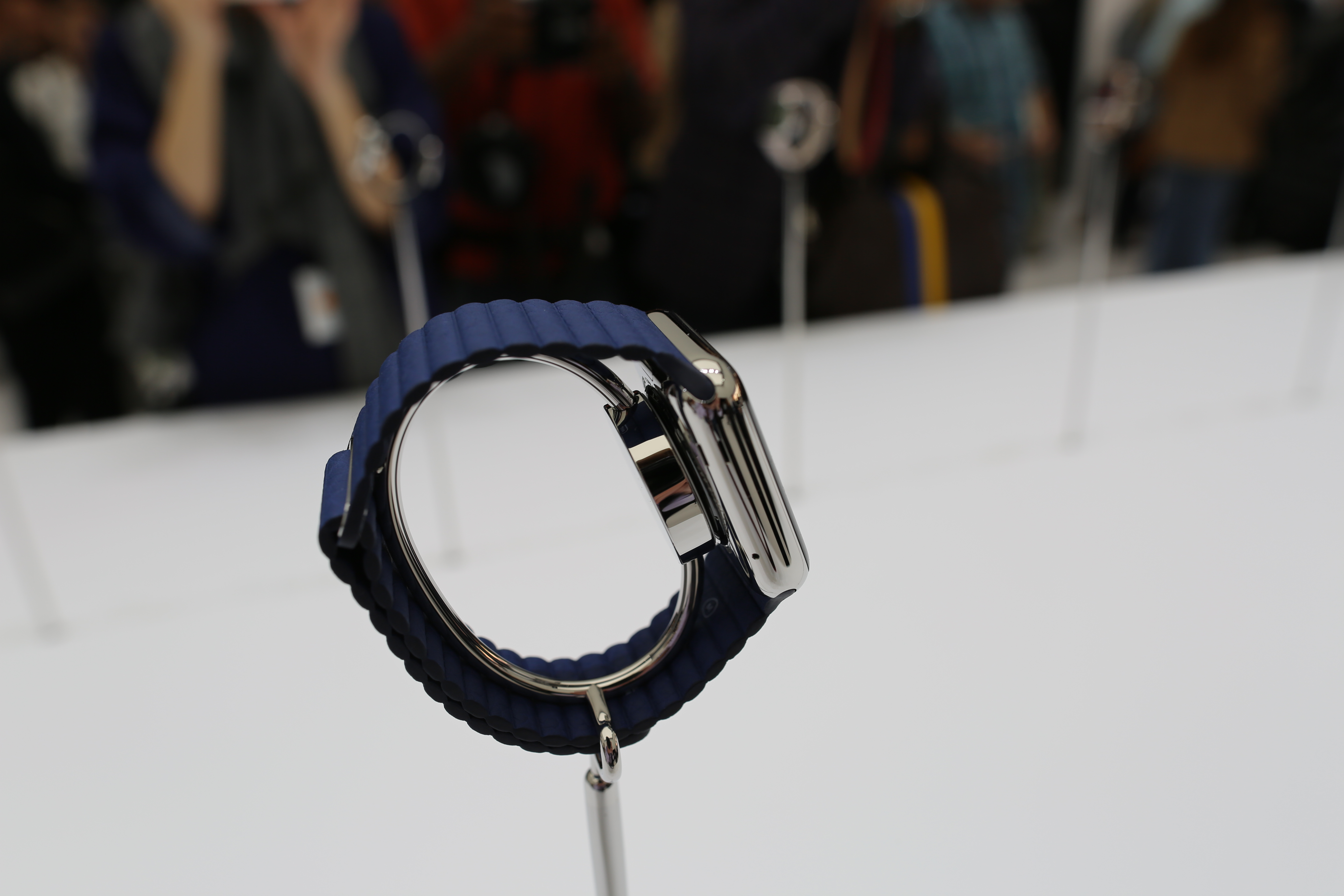 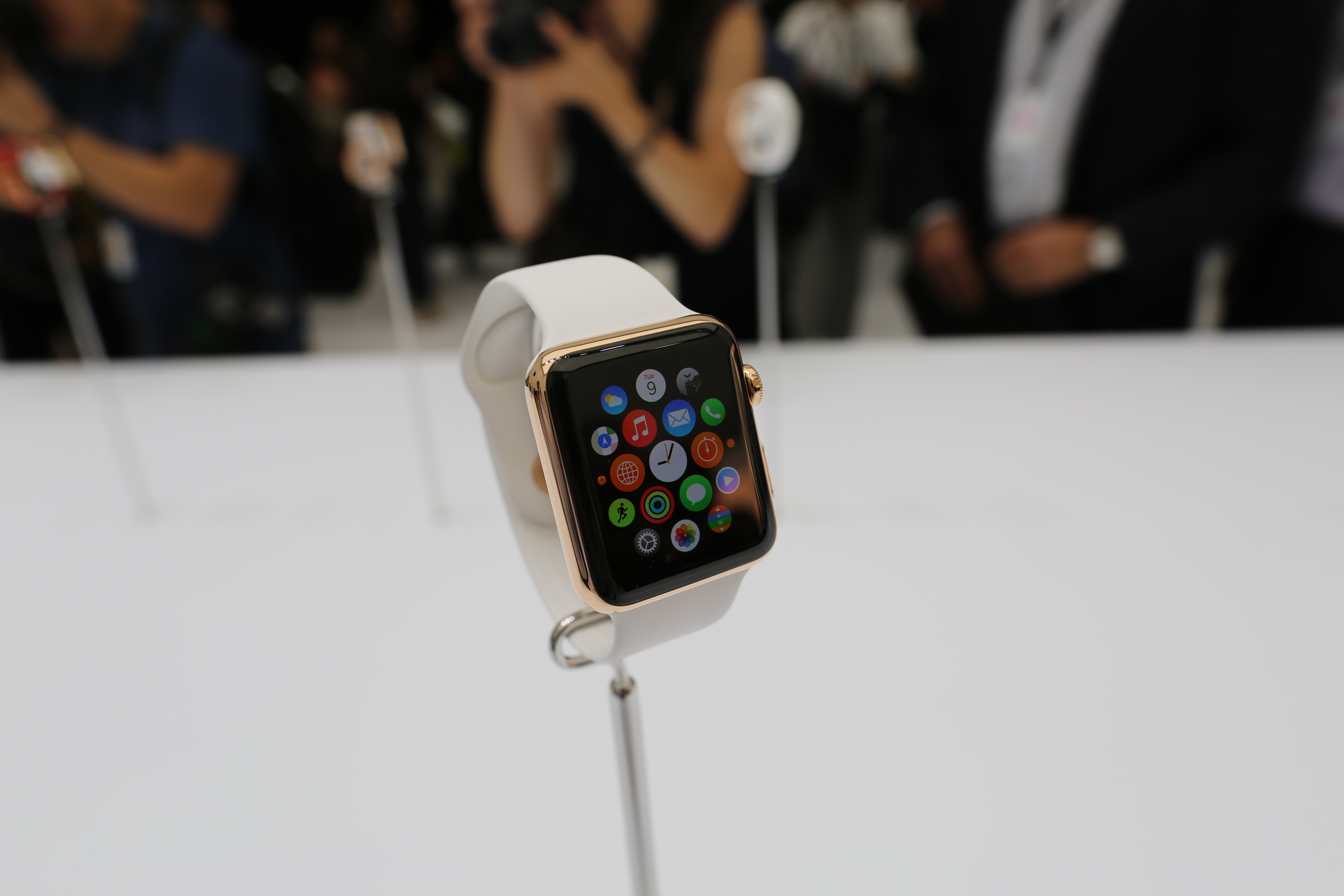