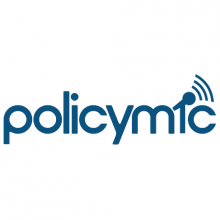 PolicyMic is the fastest growing news site for millennials.  Other stories by PolicyMic: #1ReasonWhy: Chauvinism Still a Problem For Lady Gamers, Let’s Call a Truce in the War on Feminism, and The Solo Cup That Changes Colors to Warn You of Date Rape Drugs.

On Monday, Google celebrates the 197th birthday of Ada Lovelace, a computer programmer whose accomplishments are celebrated every October on “Ada Lovelace Day.” Lovelace, the daughter of Lord George Gordon Byron, collaborated with Charles Babbage to aid in the design of an Analytical Engine. In her translation of Babbage’s lectures on the engine, Lovelace outlined ideas fundamental to computer programming, including asserting that the device could create “a new, a vast, and a powerful language is developed for the future use of analysis, in which to wield its truths so that these may become of more speedy and accurate practical application for the purposes of mankind than the means hitherto in our possession have rendered possible.”

History has, until recently, minimized Lovelace’s contributions to computer programming, a problem which Google seeks to redress.

“Ada’s experience is sadly all too familiar. Too often, the contributions of women in science and technology are left untold, and to fade from view. While Ada’s story has been rediscovered, many others remain little known. That’s why initiatives such as Ada Lovelace Day are so valuable, as a catalyst for raising the profile of women in science, past and present … Visibility is also the reason why we launched the Women Techmakers series on GDL, to help shine a light on the roles and contributions of the many talented technical women in our industry today.”

Google hopes that the Ada Lovelace Doodle will inspire people to learn more about the contributions of women to science and technology. In that spirit, here are the top four women in computer science Google should honor next.

Anita Borg has possibly the best name ever for a computer scientist. In 1987, she founded the Systers online community, an exclusively female mailing list which included “computer professionals in the commercial, academic and government worlds as well as female graduate and undergraduate computer science and computer engineering students.”

“Women need a place to find each other. As a geographically dispersed and frequently individually isolated minority within computer science, women rarely have the opportunity to interact in person with other women in CS on any subject,” reasoned Borg. “Women (and men) have many opportunities to interact with men. Until Systers came into existence, the notion of a global ‘community of women in computer science’ did not exist.”

In addition to creating Systers, Borg founded the Institute for Women and Technology. Then-President Clinton appointed Borg to the Commission on the Advancement of Women and Minorities in Science, Engineering, and Technology in 1999. She also served on the National Research Council’s Committee on Women in Science and Engineering.

Grace Murray Hopper earned her Ph.D. in mathematics from Yale in 1934. Nine years later, she joined the U.S Naval Reserves as part of WAVES (Women Accepted for Volunteer Emergency Service). Hopper worked with Bureau of Ships Computation in conjunction with Harvard’s Cruft Laboratories before joining a start up with J. Presper Eckert and John Mauchly, who had developed one of the earliest computers, ENIAC. The team developed the first computer language to use English words, FLOW-MATIC, which later became COBOL. She coined the terms “bug” and “debug,” and authored Understanding Computers with Steven Mandell.

Kimberly Bryant is the founder of Black Girls CODE, an organization which aims to  “introduce programming and technology to a new generation of coders, coders who will become builders of technological innovation and of their own futures.” BGC, founded in 2011, conducts community outreach programs, including workshops and after school programs, to teach programming skills to underprivileged girls, in attempt to diversify the field of computer programming and eliminate barriers of access for women of color.

Jianping (Jane) Xu was inducted into the Women in Technology International (WITI) Hall of Fame in 2008. After coming to the U.s. from Shanghai in 1982, she received her Ph.D. in Computer Science from the University of Southern California in 1990. Xu joined IBM’s Storage Systems Division in 1990 as a storage systems architect, before working as a technical leader in the IBM Software group, leading the advanced technology development of storage software. She holds 15 U.S. patents, with another 11 pending.

IBM’s Systems Magazine notes, “Many of Xu’s pioneering IBM projects have evolved into products that have made a huge impact: Index of MP3 is an offshoot of the Digital Library, now Content Manager. The Internet enablement of IBM back-end repository products evolved from work Xu and her team did for the 1998 Winter Olympics in Nagano, Japan, where IBM provided sports enthusiasts with virtual front-row seats at the games via the Web.”