Apple’s announcement today that executives Scott Forstall and John Browett would be leaving the company brought several relatively juicy morsels. Among those was the fact that its Senior Vice President
of Industrial Design Jony Ive will now “provide leadership and direction for Human Interface (HI) across the company.”

Although many associated Ive with all design at Apple, the fact was that he was previously responsible for the look and feel of the hardware, not the software. The software design of iOS was almost entirely under the control of the ousted Forstall. In fact, the recent obsession that Apple has had with skeuomorphic elements in apps like Calendar, Notes and Game Center has been largely attributed to Forstall. 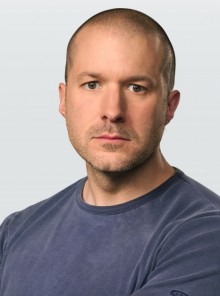 I know for a fact that many of those elements were actually spurred on by others at the company, including Steve Jobs. But you can’t argue that the design of iOS has gotten quite a bit more schizophrenic in recent years. As I mentioned back when I reviewed iOS 6:

It’s not that each of them isn’t pleasant, but it does tend to break up the feeling of cohesion across the interface. Especially when you add apps like Calendar and Settings into the mix, which still retain the old classic iPhone pinstripes.

All together, it’s quite the melange of styles. This scattering of styling direction has been going on for a while in iOS, a design diaspora of sorts.

Now, Ive has been installed as the chief of human interface design across the company and his much more spartan ideals when it comes to design might very well lead to a more cohesive feel for future versions of iOS. The rich corinthian leather could give way to smooth gradients and functionally beautiful dials like the designs of Deiter Rams that have been such an inspiration for Ive over the years.

There have been reports, which match up with what I’ve heard personally, that there had been a division in the company when it comes to design philosophy with regards to these interface elements. On one side was Forstall, whose iOS projects had a penchant for mimicking physical objects, and on the other was the clean sensibilities of Ive and others.

Apple seems to think that his taste has been good for the company, stating that “his incredible design aesthetic has been the driving force behind the look and feel of Apple’s products for more than a decade.