NTT DoCoMo, one of the largest mobile network operators in Japan, launched a new Android app today that enables users to  easily shoot a panoramic photo and then animate specific parts of their subject matter.

The software forces the photographer to shoot 10 consecutive images, split into two horizontal rows, using a series of colored boxes that appear on-screen. The user shoots a single image, then moves their handset as necessary to line up the camera with the next portion of the grid.

The app is unique, however, in that the grid forces the user to move their body in a small semi-circle, creating a wide-angle image that mimics a curved screen or ‘fisheye’ lens on a high-end digital SLR camera.

Once the panorama is completed, the app automatically processes the images and stitches them together, removing all overlays and joins. The user can then zoom in and share it through NTT DoCoMo’s cloud-based ‘Photo Collection’ service.

A promotional video shows the app in action:

NTT DoCoMo’s offering stands out from other photography apps such as Google’s own Photo Sphere, however, because it also incorporates video elements within the completed panorama.

The user is able to select one of the ten frames within their completed photograph and convert it into a short video, along with any sound recorded at the time. The promotional video (above) shows some laundry blowing in the wind and for the most part, it looks very impressive.

It’s worth emphasizing that the video affects the entire frame though – rather than a specific object – so it can look a bit odd to see clouds moving in the background and then suddenly stop in the next frame. Nevertheless, it’s an interesting take that’s reminiscent of Cinemagram and Vine, the popular six-second video sharing app owned by Twitter.

Panoramas created with NTT DoCoMo’s app loop automatically too, offering those with some creative flair the chance to create some rather interesting clips and effects.

NTT DoCoMo is making the app available as a free trial up until November. The company will then be reviewing customers’ feedback and improving the app ahead of a full, commercial launch.

The app requires at least version 4.0 of Android to run and is available right now in the Japanese version of the Google Play store. 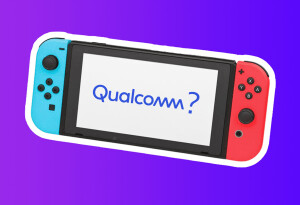