Want to see all the articles? Download the magazine to enjoy all the rich content it has to offer!

Is this the perfect time for startups?

There are many people who have an idea for a startup, and most of them never start. There are plenty of reasons to stick to a corporate career, and most of them valid: the mortgage, the cost of kids, and then there is the economy – because who would start a new company in this economic crisis?

I started a company in 2008 and I haven’t heard a positive story about the economy since. I have no comparison and have no idea whether I would do better or maybe even worse in better economic times. Most entrepreneurs just start, because they don’t have any influence over the economy, and are positive about their idea. And as Woody Allen said: 80% of success is just showing up.

Aside from the economy this seems to be the best time ever to start a company. It is easy nowadays to lay the foundation for a new company and there are many options to turn a business into a popular and international company. It is possible to set up a company website without even knowing how to develop software. There are many supporting services, such as CRM, payment and billing services, that are available online at low cost. It is also easier than ever to reach an international audience.

Jason Calacanis once said that fortunes are built during the down market and collected in the up market. So this is definitely the time to start!

Still, people struggle, and certainly not every startup becomes a success. Is becoming an entrepreneur easier than it used to be? Will it become easier over time? Or will the statistics always be the same: with one in every 2000 companies succeeding? 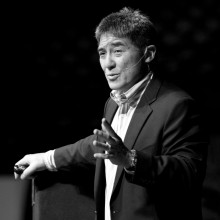 Guy Kawasaki is the Author of APE: Author, Publisher, Entrepreneur. He is also a former chief evangelist of Apple.

“It’s cheaper than ever to start a company: cloud-based infrastructure, virtual teams, free marketing via social media, and Open Source tools. And now there are places like Indiegogo and Kickstart to raise money. This means that there will are more startups so the percentage of failure may be higher, but the absolute number of successes may be higher too” 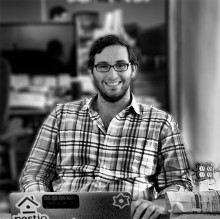 Pedro Torres Picón is an entrepreneur and angel investor from Latin America. He is also the founder of Quotidian Ventures.

“I think the answer to the questions below really depend on how you define “success”. Today, it’s easier than ever to start an online business from scratch and make it sustainable, where it pays all it’s expenses and makes enough money for the founders to live well. For some, this is “success”. But because *starting* a company online is so easy and will only get easier, the competition to create true global companies that dominate entire sectors and become huge businesses will increase exponentially, so the percentage of companies that make it to this level will decrease accordingly. As everyone in the world becomes an “internet entrepreneur” in some way or another, the real innovators will have to work harder, create more value, and compete in new and more creative ways to reach the top.” 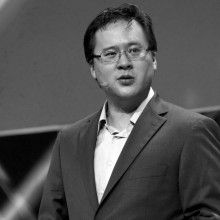 “Now is a great time to be an entrepreneur.  Startup costs are low, open source technology is easy to obtain, virtual workforces are easy to hire, and the world loves innovation.” 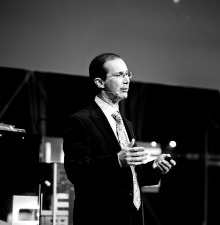 Bill Gross
Bill Gross is the CEO of Idealab

“I believe there is a “perfect storm” of opportunity in the world today for entrepreneurship.  I have been starting companies for more than 40 years, in both good times and in bad, I can say, there has never been a better time in history to start a company.  That is because the cost is so low, the opportunity so high, and the global reach is so great.  It’s also easier than ever to recruit both people and capital to a startup.

This is NOT to say that entrepreneurship is easy, or that every company will succeed.  That’s not possible.  But it IS to say that there are a confluence of factors that make is easier than ever to assemble the resources necessary for success, and the tools and teachings make it that a startup has more competitive advantage against a big incumbent than ever before.”