Fancy a private dinner party for two with a Michelin-starred Chef and an overnight stay at a resort in Auberge du Soleil, Napa? At $800 a head, that’s a really fair deal. But if you’ve got $100,000 to spare and want to visit Bordeaux, Napa, Mendoza, South Africa, Italy, Spain, Germany and Portugal, why not partake in “Seven Weeks of Wine and Indulgence in an Unforgettable Around-the-World Adventure“? You can order both experiences on sale right here in Lot18’s new Experience section.

“When people travel to wine country, they create emotional connections with the specific vineyards, wines and gourmet foods that make such a visit memorable,” said Philip James, co-founder and President of Lot18. “Our goal is to help our members build even more meaningful relationships with the food and wine brands they enjoy, whether it’s by traveling for a private tasting and tour of the vineyards or by visiting a nearby restaurant for a five-course dinner with a winemaker and well-known chef.” 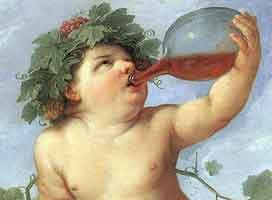 The launch of Lot18 Experiences coincides with the company’s one-year anniversary. In 12 months of operations, Lot18 has attracted over 550,000 members and sold more than half a million bottles of wine. This summer, Lot18 also added a Gourmet section for products such as olive oil, chocolate, caviar and coffee to complete its Dionysian quest. Lot18 Experiences will soon offer similar special engagements in Chicago, Los Angeles and other major cities through a network of partner sites, to be announced at a later time.

“As Lot18 continues to grow, our aim isn’t simply for more people to discover food and wine. It’s that they’ll make them a part of their special nights out – even their vacations,” said James.

In just one year, the New York City startup has grown to 90 employees, poaching some of the finest wine connoisseurs the city has to offer. In May, Lot 18 raised $10 million in a Series B funding round led by NEA Ventures and FirstMark Capital, who also led the $3 million Series A round.