Skylake is the “tock” part of Intel’s cadence, so it’s using the same 14-nanometer architecture introduced as a part of Broadwell.

The most interesting improvements as part of this generation are in the Intel Core M chips, which are the processors commonly found in ultra-portables like Apple’s new MacBook and the Intel Compute Stick.

The first generation of Core M offered disappointing performance, but Intel says that the new Skylake chip offers 40 percent better graphics performance and according to Gizmodo will offer up to 10 hours of battery life along with enough power to run three 4K videos at the same time.

That means we should start seeing some newer ultra-light laptops and tablets with decent performance for the first time in the near future — I’m hoping Apple will update the MacBook with the new chips soon. 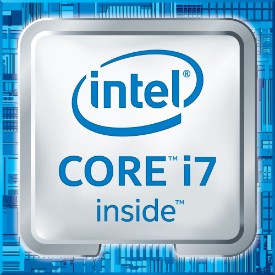 Intel has also updated its badges that you’ll see stuck to computers in the future, to make it clearer about which level of processor you’re getting at a glance.

What’s odd about Intel’s marketing this time around is it’s comparing the chips to those found in five year old computers rather than last year’s — with statistics like 3 times longer battery life and 30 times better graphics.

It’s probably due to the fact that it isn’t an earth-shattering improvement over Broadwell for most people, but it’s a good way to inflate the numbers for marketing. For the nitty-gritty details on each new chip, there’s a factsheet here.

That said, if you’re considering buying a new Windows computer, stop right now and wait a few weeks. It’s not worth getting last generation’s performance for your money unless it’s heavily discounted, especially if that laptop is ultra-light.

You won’t see Skylake processors immediately — they’ll be rolling out in the “coming months” as Intel’s partners begin putting them into new machines, though some manufacturers have announced new models already.