In the first of a new series talking to tech industry leaders about what shaped them as entrepreneurs and the lessons they’ve learned in their careers, we speak to Netflix co-founder and CEO, Reed Hastings.

When he founded Netflix as a DVD rental service in 1997, Hastings had already led one company, Pure Software, from its birth to an IPO. Now Netflix offers video streaming in 41 countries around the world. That includes the Netherlands, where it launched just yesterday, and it was in Amsterdam where I caught up with him to find out what he’s learned in his journey as an entrepreneur.

You had a very interesting life before you became an entrepreneur (joining first the marines and later the peace corps) so can you tell us how that shaped you? 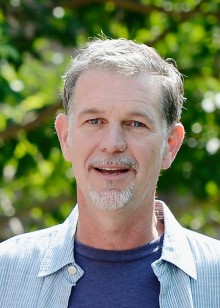 RH: Well, I never planned to be an entrepreneur. As a kid I never said ‘I want to become an entrepreneur’. Being in business was a foreign concept to me. The years I spent living abroad, in Swaziland for a couple of years, were certainly formative in terms of independence and being on my own.

Then in 1991 I came up with a product for developers that turned out to be important enough to build a company around. And an amazing thing happened; sales just kept doubling year over year. In 1995 the company went public and overnight I became the CEO of a public company. I was just in shock! So I guess I was almost like an accidental CEO at that point.

And it was at that company that you proposed to the board, several times actually, to fire you as the CEO because you just didn’t feel confident enough for the job. Are you still overcome with the feeling you don’t always know what you are doing?

Yeah, that has changed. I have aged. The first time through I was 32 or 33 and now I’m just over 50 and coming to age did give me a different perspective.

You have done two companies now, do you sometimes look out the window and think ‘Maybe I should start a new company and see if I can apply my Netflix model to another industry’?

I’ve been married for 22 years now and when I had my first company I just assumed I would run that company for the rest of my life and keep doing software development. I’m not the kind of guy who is always looking around for new opportunities. Netflix is still incredibly fun and exciting and I fully expect to be working on it for a long time.

Usually when you ask people how they came up with an idea they have an official story about market opportunities but when you press on it is usually a more personal story and a personal frustration that inspired the original idea.

I got this big late fee, for $40, and I didn’t want to tell my wife about it. I was just too embarrassed. It was like that was the defining moment for Netflix and a lightbulb went off in my head. But that frustration was the instigation for my work on Netflix. A few months later I looked into video rentals and then a friend told me about DVDs and I figured those would be light enough to mail, and based on that we got started with Netflix.

As an entrepreneur you are often in the spotlight, and of course people tend to give more attention to what you do wrong as opposed to what goes well. How do you deal with that? Do a lot of people still give you hassle over the whole Qwikster debacle?

No, to us the Qwikster story really is a footnote in the history of Netflix. We had to figure out what we would be doing with our declining DVD business, and we know the future is in streaming. So we simply went too fast and didn’t anticipate how devoted some people still were to that part of our business. We learned from it, corrected it and moved on.

Most businesses, like Kodak or Blockbuster, go out of business when confronted with a radical new business model. And the fact that we didn’t, and were able to make the shift from DVDs to streaming, is the bigger story. It is really hard moving forward. People at Blockbuster and Kodak were smart, and they worked hard, but still didn’t manage to do that. Looking back you could say we tried to spin off the DVD business too fast. But it is so much easier to cling to the past than to make that leap into the future that I still would rather be too soon than too late.

When we started Netflix we knew we would be moving to streaming one day. We just figured it would happen sooner. But after a few years Netflix, and YouTube, really solved the challenge of streaming content, and it was just amazing to see that development where on some evenings Netflix is one third of all the data delivered over the Internet in the US. Even to me that is still an amazing thing.

You’ve IPOed two companies. Would you say that is still a great path for companies to take, or would you do things differently now?

Doing an IPO can be a great thing, but there are always consequences. It will be easier to raise money and use that to grow, but there is also extra public scrutiny and you have to be able to manage that. I wouldn’t do it too early.

What do you think is next for Netflix? 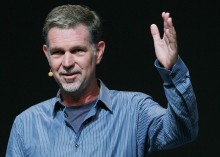 Oh, there are a 100 things we would love to do! Streaming obviously has the future and will be relevant as long as the Internet stays relevant. And that could be a hundred or a thousand years, that is hard to tell. So our challenge is to adapt to new devices. We are always thinking about what the iPad is going to look like in ten years. How will mobile change. How can we produce more original content. How can we optimize for global distribution.

You need to produce your own content so you are in control globally. We are now in 41 countries so we have 160 countries to go. So Asia is going to be a challenge, because it is such a different market.

When I look at Netflix today, on a smart TV, I’m proud about what we achieved and it is clearly better than what the others are offering, but I still consider it the Ford Model T. It is the first one to get mainstream, but we’ve got a long way to go.

I see all the imperfections in Netflix. I see all the things that aren’t working. At the office I’m the one that says “we suck”. Don’t get me wrong; we are better than everyone else, but we suck compared to what we are going to be. Of course, in general I’m constraining myself from saying these things because they are too easy to take out of context. But as an entrepreneur that’s how you have to look at your product. Compared yourself to what you want to be, what you will be, in five years, and that should be so much better than what you have today.

I’m sure that’s great to hear as entrepreneurs because we all have this feeling that other companies have their act together and everything is going smoothly, buy then when you ask around it turns out that everybody is unhappy with their current offering and eager to launch their next product.

Oh sure, it was only 3 years ago that we were in only two countries and now we are in 41 and we have original productions and 14 Emmy nominations for shows we made and thats incredibly exciting and so disruptive.