This is post #2 of the Inside the Accelerator series. To catch up with all of them, make sure to bookmark this link.

We started off last week by telling you about Seed Hatchery, the Memphis-based startup accelerator that is hoping to not only add to the entrepreneurial ecosystem, but also aims to accelerate the financially-broken city in which it resides.

When I spoke with co-founder Eric Mathews, one thing that I wanted to really get a good understanding of is how Seed Hatchery decides on just which of its applicants make it into the program. In order to do that we needed to see how many applied for the 6 final positions, and take a look at the vetting process. While every accelerator is likely to be different, I think that there are some valuable points from which we can benefit in looking at Seed Hatchery’s process, so let’s start there.

For its first class, Seed Hatchery had 65 applicants, reaching as far across the globe as Russia. The US was highly represented, with startups from Dallas, Chicago and NYC applying, though Mathews tells me that “the bulk came from the region, with about 50-60% from within 50 miles of Memphis.”

The application, as Mathews puts it, is taken from “elements that I liked” from TechStars, Y Combinator and Angel List’s respective applications. Words and questions have of course been changed, but as Mathews states, “there’s only so many ways that you can ask for a Twitter handle or LinkedIn profile.”

“Our application is designed to help us to quickly triage a team’s commitment to execution, flexibility, learning, and doing something new.  If we like what we see on the team questions then we make sure the idea is fits our program — this also allows us to determine if the team can communicate/talk about business and starting up smartly.”

So if you submitted your application right now (they’re open, as of last week’s post, by the way), the process would work something like this:

The team is made up of people from around Memphis and Nashville’s entrepreneur and funding communities, as well as in-house specialists from Seed Hatchery.

All applications are moved into a Google Docs system. While simplistic, it enables collaboration between the parties who make up the process and Mathews tells me it is “surprisingly effective”.

A labeling convention has been assigned, so that each of the team members can sign off via initials, stating that they’ve reviewed the application.

A grading system, from A to D (with M, for due diligence) then goes into place for each of the applications as they are reviewed by the team members. Each member gives a grade –

The grades are then averaged. If a startup lands in the A or B range, they are emailed follow-up questions that are specific to the applicant, but also some general ones. Of the first group that applied, only about 25 got to the round of questions.

If all goes well in the above process, the team is invited to a meeting, be that via Skype or in person. Essentially this is the personality test to see whether there is chemistry between the company and the Seed Hatchery team, and it’s a test to see how the team takes direct feedback and how they respond to tougher, in-person questions where they don’t have time to think before answering. 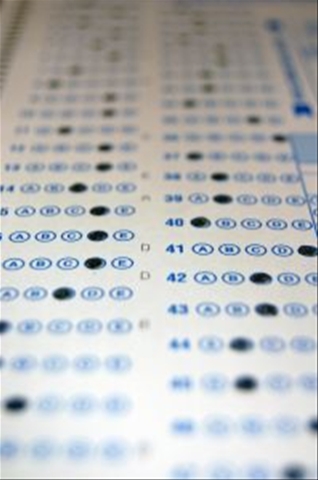 But there’s another test, as well, prior to this one. It comes into play with the emailed questions above. It’s a test of responsiveness. How quickly does the team answer? Mathews uses this as a litmus test for the dedication of the applicants.

Once the process has managed to narrow down the applicants, the first 6 are invited to the cohort and given 24 hours to reply. If someone passes (as has happened when teams have been accepted to other program, or are willing to take a gamble that they might be) then the next on the list is offered the opportunity to join until all 6 slots are full.

The entire process takes a few weeks. As applications opened earlier in October, and will finish toward the middle of December, Mathews tells me that the team tries to have the entire cohort in place 3-4 weeks in advance of the start date because then the work begins for the startups. “Legal work, other documentation, setup and introductions have to happen” before the teams are ready to step in the door.

We’ll talk about this process next week on Inside the Accelerator.