I’m fortunate, in my work for The Next Web, to have the chance to see the best and the brightest of technology on a daily basis. With graduates of programs like TechStars, Y Combinator and Startup Bootcamp knocking on our metaphorical doors, we’re able to see what these accelerators are putting out onto the street.

What we don’t often get to see is what goes on inside the walls of the accelerators. Oh sure, we have the TechStars TV show on Bloomberg and I have had the opportunity to sit in with TechStars’ Boulder location a time or two, but that still doesn’t tell the full story. What we wanted was the opportunity to, from genesis to demo day, dig in and see what makes a startup accelerator tick.

Seed Hatchery has offered us just that.

Seed Hatchery is a 90-day startup accelerator, based out of Memphis, Tennessee. Following a model of mentorship-based startup acceleration, it has made a name for itself in the few short months since December of 2010 when it was formed.

It’s the offspring of Nashville-based PE fund Solidus and co-founder Eric Mathews, who is also responsible for the 501c3 entity called LaunchMemphis that has its focus on building the entrepreneurial community of the city. Having just finished its first class in June of 2011, it’s ramping up for the next session of companies (Seed Hatchery calls them cohorts) that will start the program on January 28th of 2012. 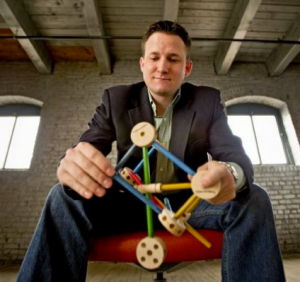 Mathews proposed the idea to me after seeing TNW’s coverage of Nashville-based Jumpstart Foundry. Oh sure, it will act as a promotional vehicle for Seed Hatchery, at least to an extent, but in doing so we’ll get the chance to see what goes into an accelerator at every stage. To me, this is doubly interesting given Seed Hatchery’s young age in the space.

Cohorts that are accepted into the program get a typical accelerator boost – $15,000 in seed capital and access to 30+ mentors in exchange for a 3-fold repayment in founding shares. 3% goes to Solidus, for the $15,000 funding, 3% goes to the LLC that funds Seed Hatchery as a program and 4% goes directly to what are known as “direct” mentors (those who have a day-to-day relationship with the startup, verus simply being ad hoc).

Mathews is heavily invested in the idea that having Seed Hatchery in Memphis is important to the health of the community as  a whole. With a per capita income of just shy of $18,000 Memphis is one of the poorest metro areas in the United States, regardless of its potential.

It is a city that built its economy on cheap labor and cheap real estate, while ignoring future job creation — jobs of tomorrow. It is with this context that entrepreneurs bet on themselves, bet on their ideas, bet on Memphis, and bet on Seed Hatchery.

The curriculum of the program is what you might expect. Starting in January, the teams will go through mentorship about everything from their business plans to pitching and they’ll have office hours with Angels, VCs and even the media. In fact, as a surprise to the teams, I’ll be attending some of the sessions to work with them on perfecting their pitches prior to an investor demo day on Thursday, April 26th.

Along the way, we’ll be giving you updates at least once per week with everything that happens. TNW has an opportunity to follow the vetting process for applicants, to meet with all of the teams and to sit in on meetings so that we can tell the story of what life is like inside at least one accelerator.

That’s where you come in. What things do you want to know about when it comes to working inside of an accelerator? While we’ve gotten a good look at some of the finer points via other methods, this is the first time that we’ll be able to really get inside and be integrated into the accelerator itself and we want to bring the experience of that to you. Have ideas? Sound off in the comments below.

Applications for Seed Hatchery are open, as of the moment that I pushed the publish button on this piece. There’s a deep, interesting story to tell about Seed Hatchery, how it operates and what will happen as the future unfolds, but for now you’ll have to wait until next week.

TNW loves startups. From Boston to Dubai and everywhere in between, make sure to check out our coverage of the accelerators that are helping to drive them forward.