Ignite100, Europe’s first £1m ($1.6m) digital startup accelerator is calling out for a new set of startup teams to participate in its second program.

The North Eastern accelerator started work about a year ago when it invested £100k each in eight teams to provide support, mentoring and a general boost.

This year, over an intensive 13 week program, more teams will be working with Ignite100 and along with the advice of world class mentors, there’s a road trip on the cards around the United States.

The lucky startups involved will be headed to the SXSW conference in Austin, Texas as well as visiting co-working spaces in New York and San Francisco to meet tech leaders and other companies.

Up to £100,000 in investment capital is available to each team, as well as the chance to pitch to influential investors in both the North East and in London. Teams receive £5,000 per founder up to a maximum of £15,000, and can secure the remainder of the £100,000 if their startup makes the grade. 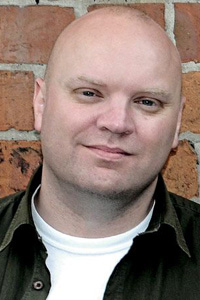 One of the things that companies working with Ignite100 benefit from is the proximity of other startups working in the same office. Paul Smith is the program manager at Ignite100 and he says that the atmosphere is one where companies are encouraged to work together and draw upon each others experience.

“We launched the first ignite100 program in June. We’ve had one round already with the final demo day last December. Several of the teams have stayed on, we have new teams that have joined us from other accelerator programs and some designers,” explains Smith. “Being able to keep the space on has meant that we’ve been able to further support the teams in a really interesting community.”

Word to the wise

Smith has had plenty of experience working with new companies in an incubator environment. So what does he see when he’s working as a mentor?

“I often see how initially frustrated some teams can get with the process. They’re so keen and eager, but the whole point of going through the intensive mentoring is to get through that program and change along the way. For the good of their business it’s a better idea to hold back a little bit and learn from the mentors. This learning will shape the ways that teams work and hopefully make them more successful.”

Smith believes that there is plenty of potential in his region. “People are recognising their potential. 20 years ago you’d have a directory like the Yellow Pages and it would be full of businesses, all based in one small region. If you went back and looked at that book now, you’d see some had failed and some were household names around the world. All the rest would be viable businesses and I think that’s kind of how I see accelerators, you create superstars, some people fail and you make viable businesses that succeed. We’re at the beginning of the journey online and there are so many ideas that have not been attempted and everyone is keen to try theirs.”

A difference rather than a divide

It’s easy to put companies and accelerators into a simple North-South divide in the UK, Smith has a slightly different and more optimistic view. ” I’m entirely happy with it,” he says. “There are challenges of course. There’s a lack of developers as we lose them to London. I’d never want a startup to move from London to the North East, I’d rather the ones here put their heads down and worked. We’re happy here to get on and build something exciting that will attract people in time.

“Through having an accelerator here and a really good culture of investment. we don’t set out to take anyone else’s crown, we’re building an environment that startups want to be a part of. I wouldn’t want this to be a Tech City up here. I’d rather Tech city worked on taking the government to task over coding in schools, getting tax breaks for startups. We can build something ourselves that is also great.”

If you have a startup in the North East, get your presentation skills brushed up. The program starts in September, applications need to be in by June 30 and more details can be found here.