“This is fucking bonkers, Matthew,” said my exasperated fiancee. I was inclined to agree. We were on our hands and knees, trying to assemble the BrilliantPad, both filled with regret. She, about agreeing to help me set up this review unit; Me, about getting drunk and agreeing to accept a review unit for a ‘smart’ dog toilet.

Just a few weeks ago, I received an unsolicited email from BrilliantPad’s PR representative, who had read my coverage of PawSquad and wanted to see if I’d like to review their computerized dog-piss receptacle. Under normal circumstances, I would have declined, simply because the tech angle wasn’t strong enough.

I’m a respected technology journalist, an influencer. I’ve reviewed laptops, cameras, and gadgets that cost more than I spend on food each month. I’ve become pals with the likes of Microsoft, Google and Apple. Sorry, but you want me to write about something designed to catch dog poo in front of an audience of millions? It’ll never happen.

Well, those are the things I should have said. The reality is, I got drunk and agreed to do the damn review.

The idea behind the BrilliantPad is actually pretty genius. Plenty of people have dogs, but are forced to leave them alone for hours during the day, when they go to work. This is pretty shitty on the dogs (no pun intended), who often have long waits between bathroom breaks.

BrilliantPad is a bit like a smart kitty litter tray, but for dogs. Once you’ve trained Oscar or Fido to do their business on it, you can set it up to automatically dispose of the effluent, with a built-in timer. Not only does that mean that there’s less waste for you to deal with, but it’s obviously way more humane for your pet.

The review unit came in two shipments, with the first UPS delivery being a massive crate of consumables, and the second being the BrilliantPad itself. The latter was massive, easily as big as a paving slab. If you end up buying this, it’s worth noting that it will occupy a huge part of your floorspace.

Setting up the BrilliantPad turned out to be harder than we expected, but that’s because we were a.) too proud to read the instructions, and b.) put the pads in the wrong way. But once we’d figured it out, it took less than five minutes to set up. Things just kinda slotted into place. 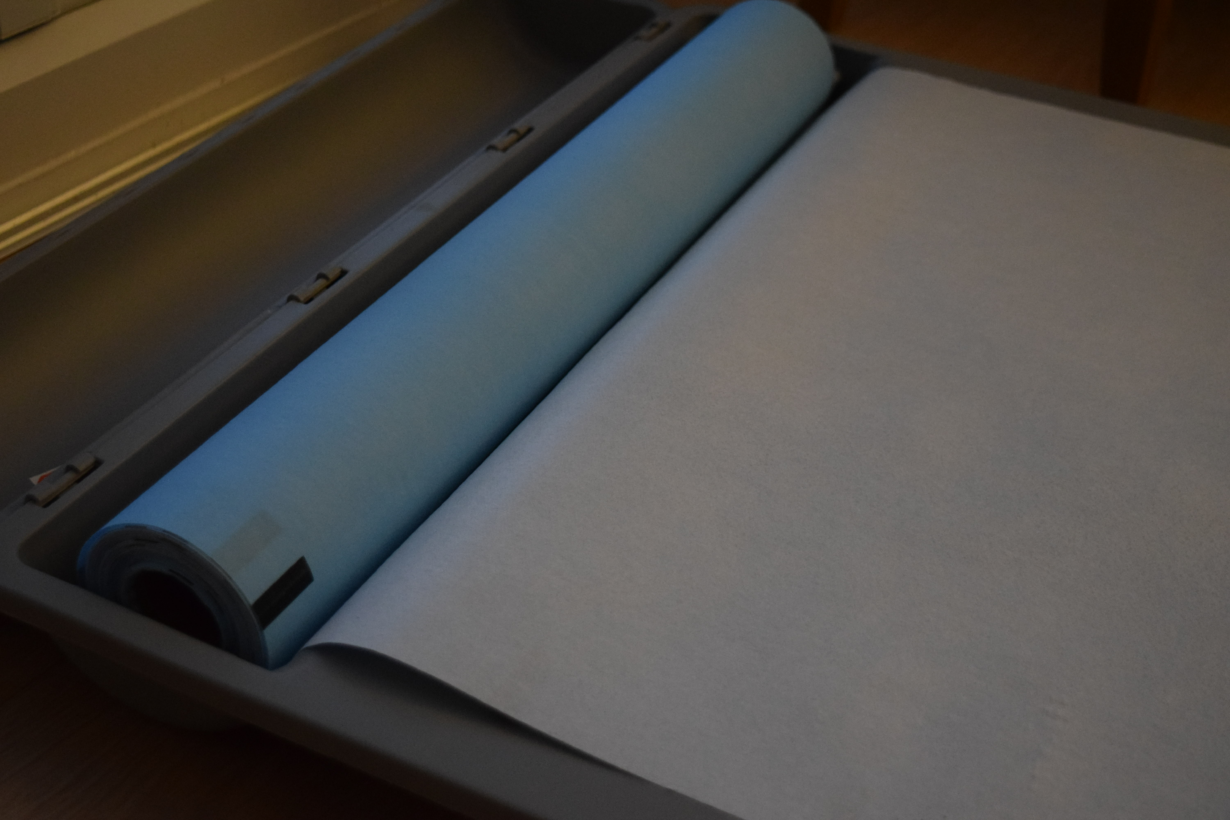 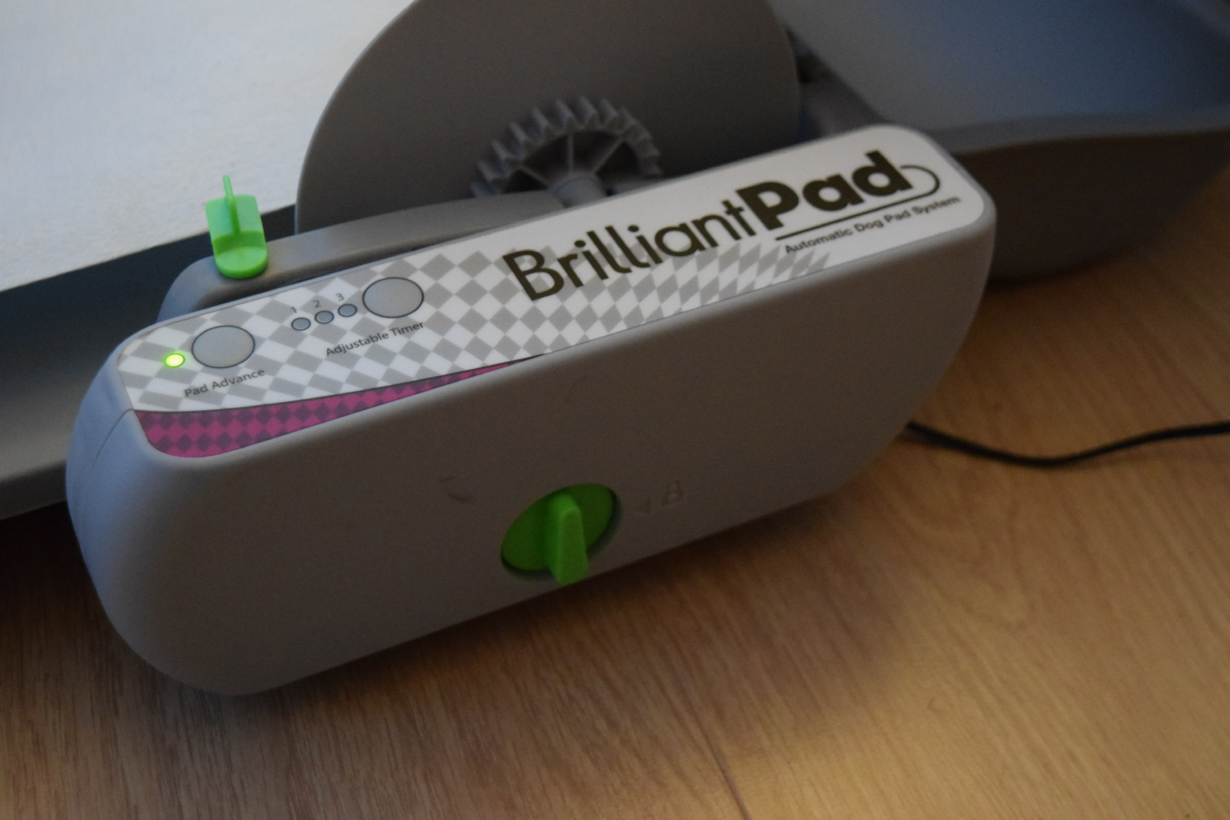 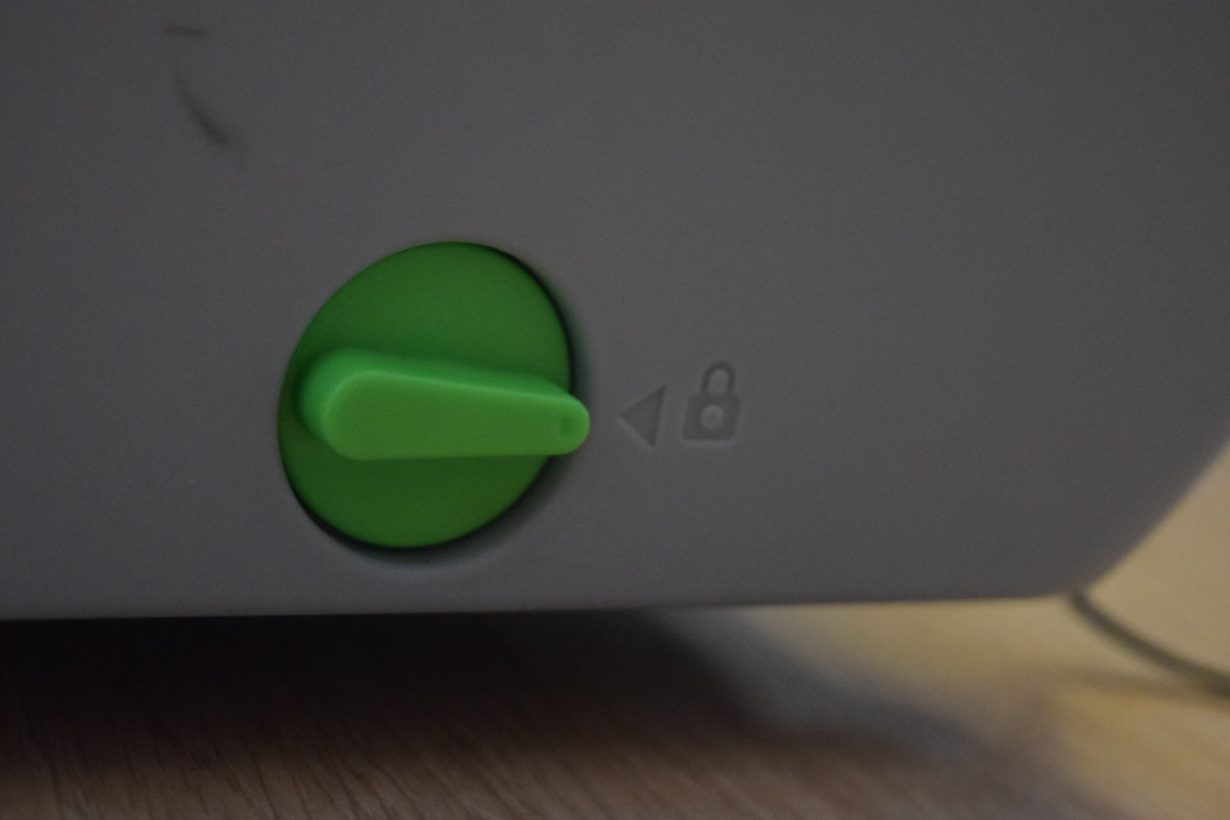 What’s harder was getting my dog, Ripple, to use the thing. At the age of 12, he’s perhaps a little too old to be toilet retrained. You know what they say about teaching old dogs new tricks.

Fortunately, the BrilliantPad comes with some helpful advice in this respect. It tells you to place your dog on the platform every two to three hours, and to “praise your dog profusely after eliminating on the platform.”

Ultimately (and, perhaps, mercifully), we were unable to get Ripple to do anything, so we settled by splashing some water on the pad. It was absorbent, and by holding down a button, you can make it quickly disappear without having to get your hands dirty.

The BrilliantPad can also deal with solid waste. I didn’t try it, but here’s a gif of the machine turning a blob of something into a rolled-up pancake.

Getting your hands on it

The BrilliantPad is currently fundraising on IndieGogo. Its campaign started on March 9 with a relatively unambitious goal of $50,000, and has since broke past that to pull in $70,000 at the time of writing. If you wish to back it, you can pick up a device and a supply of training rolls for $139. Although it’s worth pointing out that the maker is only shipping to Canada and the United States.

Now, if you’ll excuse me, it’s time for a drink.