This article was published on September 26, 2020

In this article, you’ll learn (or remember) what is the one thing you need to start solving any problem. I wrote this originally for a talk I gave a while ago, and I also posted a video on my youtube channel, but I adapted it so you can read it.

Ok… let’s start with a story.

I lived in Amsterdam for 3 years. When I moved there I was very lucky to find an apartment in a building that was recently finished. My wife and I were the first people to ever live in our apartment, and the building even had a lift — you might not realize it, but in Amsterdam, that is kind of a big deal.

Unfortunately, and probably because we were so excited about the whole “new building” situation, we didn’t realize there was one essential thing missing…

Seriously… there were no lights installed in the whole apartment. I literally had cables hanging from the ceiling. The landlord didn’t seem interested in helping, so I had to install it myself.

Bear in mind, I’m a total ZERO when it comes to that kind of thing. I didn’t even own any tools before this, so I had a true challenge ahead of me.

Do you know how many designers it takes to install a light bulb?

Just one… but does it have to be a light bulb?

That’s not even supposed to be a joke… that’s exactly what I thought. Since I had to install something, I decided to get ceiling lamps instead of just regular light bulbs. Little did I know, my saga was about to start.

I have to drill the ceiling, but I don’t own a drill. So… I went to a store and I picked one that seemed appropriate — wireless FTW — and when I arrived home, I realized I just had a second problem to solve….

The ceiling seemed to be made of stone, and of course, I didn’t have the right drilling bits. I went back to the storeand bought a few stone drill bits. As soon as I arrived home, I was eager to try it, and as fast as I did, the third problem emerged…

The stone drilling bits weren’t drilling the “stone…”
I decided to go back to the store, but this time I asked the guy at the counter. And normally, I’d try to avoid real human interactions as much as possible. Just to give you an idea, even before the pandemic, I didn’t like to open the door to people delivering my food.

I tried to explain the situation and he recommended me to buy another type of drill: more powerful, but also more expensive… another reason why I was trying to avoid talking to him.

After this, I went back home. Guess what?

The new — more expensive — drill didn’t make any difference. So, I went back to the store and told him it didn’t work. At that point, he realized I actually needed another kind of drill because my ceiling wasn’t stone after all.

He said that is was probably concrete, otherwise the drill he had suggested would have worked.

The drill he was recommending was even more expensive but they didn’t have it in stock. Although, I could rent one for a couple of hours, which at least was less expensive than buying another drill, so that’s what I did.

It worked!!! With that drill, I FINALLY managed to get some holes in the ceiling and install the lamps.

If at this point you’re wondering why the heck I’m talking about installing lamps for so long, hang in there. The answer is coming.

If you have your problem well defined at the beginning of a project, it’s much easier to get to the solution.

Answering the question in the title…

How do you solve a design problem?

You start by really understanding the root of the problem because what’s at the surface may not tell you the whole story.

Like in my story, sometimes you have to take a stab at solving what you think the problem might be, and hopefully through that process get closer not just to the root of the problem, but also to the solution.

That’s basically what I did to install the lamps, and it’s also my approach when it comes to design. When I don’t fully understand a problem, I try to gain as many insights as I can by asking why and doing exercises like the abstraction ladder, but sometimes you can only get so far.

At that point, I assume I have the best understanding of the problem I can, and I start thinking of potential solutions for it.

If the solution ends up not working, that isn’t a waste of time. You just found a path that you can’t take, which takes you one step closer to really understand the problem and getting to the solution.

So… if you have a problem at hand, no matter what it is, the first thing you need to do is to understand it and get to the root of it.

“A problem well stated is a problem half-solved.”

If you want me to tell you this story in person, check this:

This article was originally published by José Torre on UX Collective, a publication sharing curated stories on UX, visual & product design. You can read the original piece here. 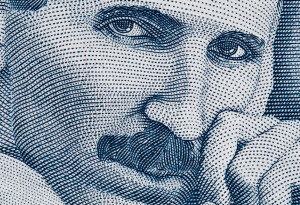