Facebook constantly evolves to help people better connect with one another. Company CEO Mark Zuckerberg expounded recently that Facebook was no longer constrained to the browser and instead was not only mobile-first, but “mobile-best”. While that journey may have been rather difficult, in no way has its latest innovation been what the company hoped it would receive. Simply put, it still needs to walk a few extra miles to get to where it needs to be.

We are, of course, talking about Facebook Home, the Android launcher Zuckerberg unveiled to a bit of fanfare this April. And while it’s meant to help transform a user’s Android device into a social phone, it has done little to differentiate itself from the native applications Facebook already has.

The signs are clear: AT&T has decreased the cost of the so-called Facebook Phone, the HTC First, to $0.99 with a two-year contract from a debut price of $99.99. Additionally, besides being available pre-installed, users could download the launcher onto their approved device. Today, it has been installed just over 1 million times in the first four weeks.

Facebook says that number falls in line with its expectations. But KakaoHome, a similar Android launcher, has received half of that amount in its first 9 days and that’s only available in Korea. This post aims to look at where Home’s disappointing performance so far and where it could go to improve its curb appeal with the social network’s 1 billion users.

The phone was underwhelming 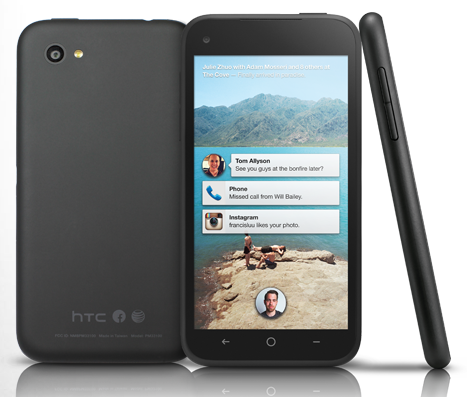 Hours after Home’s unveiling, I penned a post calling the launcher and the phone unimpressive. The gist of that article was that the HTC First was rather inconspicuous and didn’t offer enough of an advantage for users to buy the phone, especially when Facebook made the launcher available on many other popular devices, including the HTC One X, HTC One X+, Samsung GALAXY S III, and Samsung GALAXY Note II.

Because of its poor sales, earlier this month, Facebook said that it has cancelled all pre-orders and shipments of the phone to customers in the UK, attributing it to US feedback following its availability.

But just look at the phone — it doesn’t offer any impressive bells and whistles for a user who wants a social phone. It’s an average Android smartphone, but selling at a much cheaper price than other popular models. It runs on 4G LTE, has a Qualcomm Snapdragon 400 processor with dual-core CPU, a 4.3-inch screen, and has a 5 megapixel rear-facing camera with an LED flash.

Sure, the cheaper the phone, the more enticing it is, but when stacked up against other premium Android smartphones like the Samsung GALAXY S III, chances are that the latter would be selected over the First.

While both Facebook and HTC probably hoped it would appeal to the social network’s users and secretly dreamed that they would all flock to AT&T and demand the device, it sadly it wasn’t the case.

But Facebook’s problem doesn’t completely lie with the fact that the HTC First was a disappointment. No, Home itself is certainly at least partially to blame for the poor experience and users have voiced their frustration about how bad of an experience it is. Hours after its launch last April, it received negative reviews on Google Play — 47.7 percent of those that had downloaded and installed gave it a one-star rating.

I’ve spent some one-on-one time with Home and compared it to usage on my normal iPhone or Android device: the experience is less than stellar. Yes, its Cover Feed feature is great and perhaps the biggest selling point of Home, and there are some other interesting additions — but many have also been brought over to its core Facebook app, like Chat Heads. However, beyond that, it’s akin to an ordinary view of Facebook.

In looking at Home, while spending time swiping through all your friends’ status updates, you can also tap the screen to gain access either to send a message or view other applications. That’s it — you can do the same thing right from the native Facebook app  without the aesthetic cover-up.

A look at the applications bundled into the launcher is equally as disappointing as it allows you access to the phone, settings, Google Maps, the Chrome browser, Messenger, Instagram, Google Search, and several other pre-installed apps.

Maybe the best thing about Home is the ability to turn it off.

As much as I’ve been criticizing Facebook’s mobile efforts, it’s apparent that the company certainly has all the pieces together to assemble a really sound social phone strategy. The current iteration of Home could be considered to be Facebook’s Minimum Viable Product so things can only go up from here — and Facebook has committed to releasing updates once a month.

So what could Facebook do to greatly improve the experience? It needs to integrate itself into more of its products and services to help make it a more compelling and useful tool. Right now, it’s just another layer with no features or apps that will result in Android device users simply swiping to their other screen to use non-Home apps.

Yes, since it’s built on Android, there’s nothing stopping users from installing non-Facebook apps on their Home-enabled device. But, to better control the experience, the company might think that it would behoove it to have these apps pre-installed on them first.

Last December, Facebook refreshed its Nearby feature for Android to make it easier for users to discover new places based on what their friends like. So I might share that I’m a fan of In & Out Burger in San Francisco and my friends, when hungry and looking at Facebook Nearby on their mobile phones, might see that I prefer the fast-food chain and would then think it’s a great place to eat.

Why couldn’t Home have this feature? The social networking company already has the ability to implement check-ins to take on Foursquare and is most certainly a more personalized version of Yelp.

Home could enable users to simply tap on an icon and find better things around them and share it back to Facebook. Yes, I know what you’re thinking: users can already check-in with the social network’s core app, but if you’re using Home as your default phone experience, having another app would make it available in one-tap.

Announced last January, Facebook Graph Search makes it possible for people to sift through their social graph. The goal was to create a search engine-like experience, except that it will take a precise query and deliver an answer leveraging data of the people you’re connected to on Facebook.

Being able to have that kind of search capability at your fingertips could be invaluable with Home. Sure, Facebook needs to complete its release to all of its 1 billion users. But, being able to quickly look up friends to see who might enjoy seeing the new Vince Vaughn and Owen Wilson movie instantly when you’re at the theater would be great. Or, if you happen to be traveling to a new city like Los Angeles and can’t remember who lives there, it can quickly be referenced.

With the company’s acquisition of the cloud-based mobile application platform Parse, developers could be encouraged to build more apps using the Facebook’s platform, which to this date, has produced 1 billion stories being shared daily.

Parse’s co-founder Ilya Sukhar told us recently that the company is focused on “business as usual” and didn’t say specifically how it will help Facebook with Home. However, as the Android launcher is in need of apps to make it more engaging, it probably wouldn’t surprise anyone to see those apps that strongly support the social network come pre-installed with Home in the future.

Last month at a Facebook whiteboarding session, Doug Purdy, the company’s Director of Developer Relations, said that its platform is now focusing on four key areas, one of which is app services. He explains that this is an area where Facebook hopes to help developers build cross-platform experiences so that the focus becomes not on the device, but rather on the people. With Home being all about helping you better connect with people, tying Parse-powered apps in with the launcher doesn’t seem that crazy after all.

Right now, Facebook doesn’t have its own mapping service. Yes, you can see a map on events and individual brand pages when looking for locations, but it’s leveraging technology from Microsoft’s Bing. Rumor has it that Facebook was in the talks to acquire Waze. Sources tell All Things D that last week, any reported acquisition talks broke apart over where the Waze team would be located.

Sheryl Sandberg, Facebook’s Chief Operating Officer, has said that, while refusing to deny acquisition rumors, mapping has become an important thing that her company can’t make in-house and cannot ignore it either. But having an app on Home that enables users to not only find directions, but get traffic reports while sharing incidents on Facebook would be an invaluable feature.

Facebook disagrees and says it sees more usage out of Home

Many of the above items listed are pure speculation, naturally, but what remains undeniably true is that Facebook Home needs vast improvement, and soon. Facebook tells us that it is planning on implementing two features that it has received feedback about: foldering and a static dock. Codenamed “Blue’s Clues”, the company aims to help make Home less confusing and easier to use. 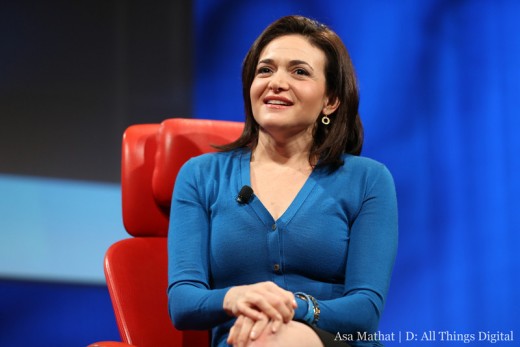 It appears that Facebook agrees with the statement about Home being an MVP at this point. Earlier this week at the D11 conference, Sandberg said that Home is “v1, very early. Obviously like any company, we would love to do a v1 and get everything right.”

However, she disagrees that Home is an entirely bad thing:

Based on Sandberg’s statement, it’s great the most dedicated Facebook users are engaging with the social network more, but it’s also because two major features from Home branched off to non-Home phones and were added to both Facebook’s core and Messenger app. The company needs to improve the Home experience to make it more holistic and make it social — right now, it’s just a super-sized version of Facebook with minor fanfare.

Facebook is becoming a mobile-first company and it needs to be focused on it, especially with more mobile than desktop users each quarter. And its apps have certainly been catering to that audience. But, would the company be considered to be “mobile best” as Zuckerberg proclaimed? Not by a long shot.

At least, not yet.