There has been a huge uproar this week in Brazil’s startup scene around the fate of SEED, whose name stands for ‘Startups and Entrepreneurship Ecosystem Development.’ Once one of the country’s leading acceleration programs, it saw its co-working space abruptly shut down a few days ago.

SEED was a publicly financed initiative launched in 2013 by the state of Minas Gerais in its capital city of Belo Horizonte (familiarly known as BH). While it quickly earned praised from the startup world, it appeared under threat since Brazil’s general election last October, which brought a new state government.

Although officials still insist that the rumors of SEED’s death have been greatly exaggerated, our investigations confirm that its future is indeed compromised. Here’s what we found out and why it is important.

The best recap of the events came from Leandro Faria, CEO of BH-based startup SaaS Metrics. In a widely shared post on Medium, he detailed how entrepreneurs abruptly learned through Facebook that SEED’s office space was to shut down the next day. The message was posted a few days ago by a freshly dismissed SEED employee, who took upon herself to inform entrepreneurs who were still using this space that they would find the door literally closed.

According to Renan Carvalheira, who presented his startup Agrid on stage at SEED’s Demo Day last November, the closing down wasn’t a complete surprise, as uncertainty had plagued the program since the beginning of the year. However, a “complete lack of transparency” meant that Agrid was still caught unprepared. “We didn’t even have time to remove our belongings and, since we didn’t know what was going to happen, to find another place for our team to work from, which always takes time,” he told us (translation ours).

Startup founders weren’t the only ones to be caught off guard; so was SEED’s board, which had been very active since the program’s inception. Yet, its members hadn’t been notified either, as revealed by one of them, Aceleradora‘s founder Yuri Gitahy who sat on the board alongside several entrepreneurs and investors, as well as academics, researchers and officials.

This led him to step down through Twitter; the power vacuum was such that he didn’t know who to notify in a more formal fashion. It later transpired that at least several new officials didn’t even know SEED had a board — and the bad news didn’t stop here.

Back to square one

In reaction to the outcry, the new government tried to reassure all involved that the program would go on. This message was first delivered through a note on Facebook. We later confirmed its content with Gabriela Costa Xavier, who oversees competitiveness support and entrepreneurship at the Minas Gerais’ bureau for economic development (SEDE).

“The program will indeed continue. The next step is to define a new place of operation for SEED. An envelope of R$8 million for the program [around $2.56M USD] has been included in the annual budget,” she wrote to TNW via email (translation ours).

Costa Xavier also held a town hall meeting between entrepreneurs, some of SEED’s former board members and part of the new government’s team.

Besides Gitahy, one of the attendants was Matt Montenegro, whose startup Beved participated in SEED’s first edition. His main takeaway? “SEED won’t end… it will only restart from SCRATCH,” he deplored on Facebook. He estimated that it would take at least 6 months for the program to somewhat get back on track. 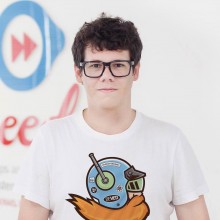 Montenegro also insisted that it wasn’t hyperbole; with a smaller budget, no offices and several key staffers dismissed, the new team was pretty much preparing to start all over again. While he wished them best of luck, he also lamented the waste of experience, “with two years of work, operation and achievements being thrown away.”

According to a recent report from investor-oriented platform Fundacity, SEED had become Latin America’s second largest accelerator last year, with 73 incubated startups in 2014, 23 of which were not Brazilian.

Leading the list was Start-Up Chile, whose concept many Latin American governments and public entities have been trying to replicate. SEED came closest to the original model, offering an equity-free grant of approximately $35k USD to a mix of national and international early-stage startups, as well as free office space in Belo Horizonte. 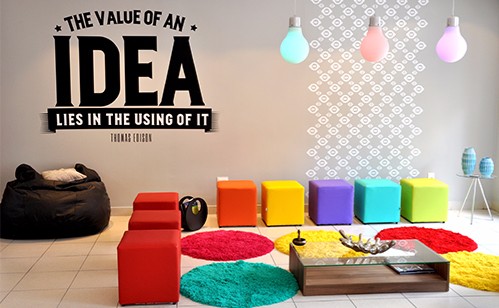 Unsurprisingly, this attracted many applicants (almost 3,000), including Fundacity’s founder Miklos Grof, who talked candidly about his own experience:

“I [had] never heard of Belo Horizonte nor even Minas Gerais and would have certainly not moved there to work on innovating and advancing Fundacity without SEED. In fact it would have been very difficult for me to move to Brazil without SEED as they provided capital, contacts, a base, assistance and permanent visa for us,” he explained.

In a Facebook post, former SEED executive Leandro Campos recalled how much work had gone not only into making the program happen, but also in making sure it would be accessible to foreign talent. “And you know how much something as cool as this cost? Less than the yearly cost of one congressman,” he pointed out.

While this only accounts for the grants, SEED’s overall budget was still fairly limited; according to Brazilian newspaper O Estado de S. Paulo, it was built and run on an envelope of R$9.5 million (around $3 million USD). As for the projects, they reportedly raised a combined R$1o million in private investment (some $3.2 million USD).

Unfortunately, Minas Gerais’ new government seems to be looking at SEED through the wrong end of the telescope. A recent interview granted by SEDE’s Secretary Altamir Rôso particularly raised alarm. Talking to Estado’s tech blog Link, he complained that only 27 of SEED graduates have been formalized as companies in the state of Minas Gerais. “This detail by itself shows that the program has to be reviewed, because it is a very small number. We want as many startups as possible to stay in Minas Gerais and generate jobs and development for the state,” he said (translation ours).

This hints at a limited understanding of how startups work, and seems to suggest that the reformulated SEED might include criteria that would make it less appealing to global projects. We raised this with Gitahy, who replied as follows: 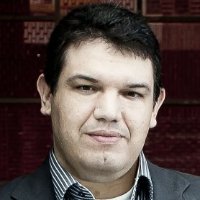 “I haven’t talked to the secretary who gave [this interview], only to people from his team — so I don’t know how they plan to evaluate the program. One thing is clear: if they don’t learn very quickly how startup creation works, how early-stage projects are managed and how different this is from traditional companies, they are going to evaluate the program from a very incorrect perspective.

“For instance, if we solely take the social viewpoint into consideration, SEED reached 17,000 people in 55 towns, because entrepreneurs did community work, guided tours, conferences and inspirational videos for youngsters and students.”

One of the main benefits of programs such as SEED is their positive impact on the image of their home state or country. It could well be the main reason why Start-Up Chile managed to smoothly survive a change of government, as the understanding of its importance for the country crossed political borders.

This implied to look at it not only through job creation metrics, but also from a wider perspective, that took into account the new narrative it created in the media.

In the case of Brazil, these entrepreneurship stories came in very handy, offering a welcome counterpoint to news reports on violence, corruption and economic uncertainty. Unfortunately, it seems that SEED was eventually overtaken by Brazil’s troubles.

In many ways, SEED’s issues reflect bigger woes of Brazil’s political system. In a recent interview, French geographer and Brazil expert Hervé Théry described ‘spoils system‘ that is in effect in the country, which sees thousands of government and state employees being replaced after each election. Not only does it lead to misplaced loyalty, but it is also highly inefficient, as bureaucracy takes months to recover. 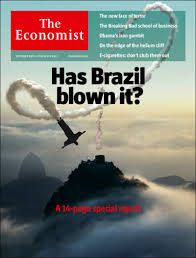 In addition, Brazil is currently deeply divided, as President Rousseff won re-election by very narrow margins last October after a tense campaign. Her new mandate has been plagued by mass street protests and cross-accusations, with corruption scandals hitting virtually all parties.

In this climate of mistrust, politicians seem more concerned with scrutinizing contracts signed by their predecessors than with maintaining continuity. If that wasn’t enough, fears of an economic downturn give them further reasons to make budget cuts.

It remains to be seen what politicians will decide, but one thing is for sure: with or without SEED, Minas Gerais does have one of Latin America’s most powerful startup ecosystems. As a result, it didn’t take long for a few entrepreneurs to roll up their sleeves and make sure SEED alumni had a place to work from.

One of them was Carlos Ribeiro, CTO at telecommunications company Telbrax, which had been providing Internet connectivity to SEED’s office and many others. Upon hearing of the closure, he got in touch with Mateus Bicalho and João Pedro Resende, co-founders of marketplace for digital products Hotmart. He knew that his friends had spare office space in anticipation of their growth, and they all agreed to make it available as soon as possible to SEED startups that had ended up on the street.

It is worth noting that neither of them knew most of those startups’ teams personally; to extend the invitation, they reached out to Gitahy and Montenegro, who also relayed a video message posted by Hotmart founders on Facebook.

According to Ribeiro, the new space consists of 200 to 250 square meters, split over two floors. While there were already some extra office chairs, the improvised team has been working in a hurry to have tables, lighting and power outlets installed as the first startups started to move in. 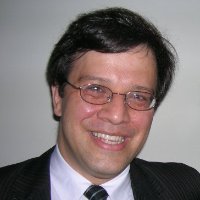 “All of us are aware that this is not a permanent office, but we are making efforts to create a good working environment,” he explained.

The space should soon be able to accommodate around 30 individuals: “More people will work from there from Monday onwards, including ConstructLatam, a company that already has a much larger team,” he added. If this weren’t enough, IT company Sucesu Minas  also extended a helping hand through its CEO Leonardo Bortoletto, who posted a video message of his own on Facebook.

Hotmart is one of the companies whose site proudly displays a San Pedro Valley logo, which leads to a map of Belo Horizonte’s tech community:

As we reported previously, Belo Horizonte has managed to establish itself over the years as one of Latin America’s main tech hubs, which earned it the above-mentioned nickname of “San Pedro Valley.” 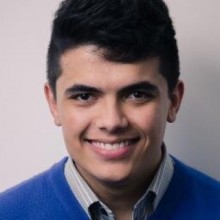 Faria rightly pointed out that this shouldn’t be interpreted as hubris: “Despite of the obvious reference, we’re not trying to replicate Silicon Valley in Brazil — we’re 200+ restless and hungry founders trying to make it happen in a developing country, and the community name was simply a joke that got traction,” he clarified.

Still, ‘BH’ can pride itself in a long history of building successful startups. Some of its feats were the acquisition of search engine Miner Technology Group by UOL in 1999, while Akwan Information Technologies was bought by Google in 2005 and turned into its first R&D center in Brazil.

Other noteworthy companies include Samba Tech, which we have covered several times, as well as above-mentioned Hotmart, content marketing startup Rock Content, ticketing platform Sympla and many others.

In other words, Minas Gerais’ startup ecosystem largely pre-dated SEED; it was actually one of the assets touted by the program. Perhaps more importantly, it now seems solid enough to both make up for SEED’s temporary absence and to lobby for its prompt return.