This article was published on February 25, 2015

Hop, the email app that tries to make sending emails like using IM, has landed on Android today. 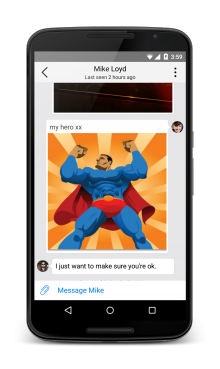 The idea behind Hop is that instead of sending long, cumbersome emails, you can quickly jump in and out of message threads and treat them like it’s like a quick chat service instead.

Over the last few months, the team has been busy adding new features like groups, personalized notifications, attachments via Dropbox and more.

Today’s launch is good news for Android users that want to try something different; Hop was previously only available on iPhone and iPad.