This article was published on November 2, 2015

Hillary Clinton’s emails have been the subject of endless fascination. In the latest round of intrigue, it turns out that the presidential nominee has been blind-sided by technology, reports Business Insider.

In a series of exchanges between Clinton and senior adviser Philippe Reines, Hillary discovered that in switching her BlackBerry for an older model, the emojis she would frequently used had disappeared.

“On this new berry can I get smiley faces?” she asked. Reines proceeded to explain by responding with the subject title :-(. “Problem is, one of the very few upsides of the new operating system is in the incorporation of the emoticon chart with the texting feature.”

“So you’re in a bit of a Catch-22: to bet back what you like you’re going to have to refer tow act you didn’t like – meaning, the latest operating system.”

He also had to explain to Clinton that her email client also didn’t automatically convert punctuation into emoji. “You need to type them out manually like :) for happy or :-|| if you want to express anger at my tardiness.”

Hillary spent a few months living without her beloved emoji before declaring she was, “quite bereft that I’ve lost the emoticons from my latest new old berry.”

During that time, she was confronted with not one but two LinkedIn requests from staff members. This time it was aide Robert Russo’s job to step-in.

“It is a social networking site where you create a profile and post an online version of your resume… Former and current colleagues and employers have the opportunity to write positive things about your work, all in the hope that it can be used to find a future job. The network you create is with friends, but your profile is available to the public.”

We did a little digging and it turns out Hillary is on the social network, but is highly unlikely to ever look at it. 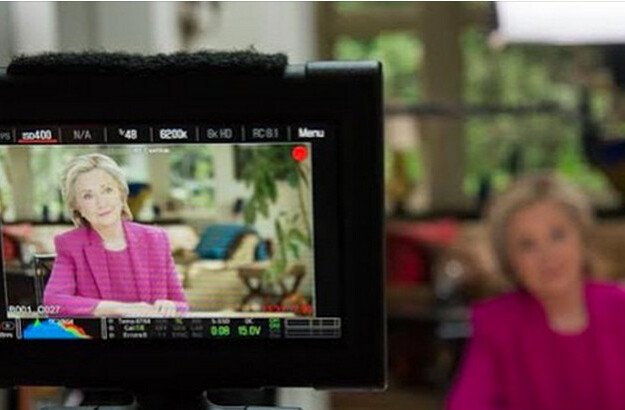