It seems like just yesterday that we were reviewing 2011 and now, with July creeping up on us, we’re about to reach the halfway point of the year. To mark that milestone, we’re publishing a series of reviews looking back at a range of topics from the past six months, including our most read stories.

So, we’ve taken the pulse on what news items caught your attention most this year; without further ado, here are the top five posts from the first half of 2012:

Following the ongoing issues around Web copyright and ownership issues, which raged in the US in late 2011 through SOPA and PIPA, CISPA (Cyber Intelligence Sharing and Protection Act) rose from the ashes to concern Web users across the US and the rest of the world.

At the same time, Facebook’s IPO was moving closer to being (little did we know how that would go), and the Menlo Park-based firm moved to support for the bill, that would give the US government new powers to secure their networks, turned Ohanian away from investing in the firm.

CISPA was seen by many as being too vague, with critics claiming authorities could use the powers to carry out a range of shady activity, such as spying. But, equally of interest, Ohanian’s decision sprouted a series of doubters who casted their ‘less positive’ opinions about the IPO.

Google is often criticised for a number of things (hello Google+) but one area where the company continues to excel without dispute is the practical joke department. April Fools Day 2012 was vintage stuff, and we’re glad to know that our summary post went down well.

The pure scale of Google’s 2012 efforts was incredible, and the Mountain View-based company really made its numbers count…to the point that we struggled to keep with the japes it got up to.

Most notably, it ‘launched’ Google Maps in 8-bit for the Nintendo Entertainment System (NES), which isn’t going to make up for Apple’s recent move away from the mapping system. 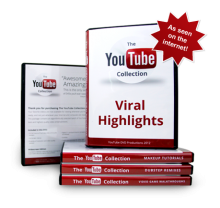 My personal favourite was our number 9:

You can now have all of YouTube delivered straight to your door (or as a gift to for friends and family) with The YouTube Collection. Delivered in convenient giant packages, organised and divided into categories, you can now get all of your favorite YouTube videos offline on DVD.

We found 16 (yes sixteen!) in total, and there may have been more. Check out the original post for an overview, you might even find some you missed or forgot about.

At Google I/O the company announced that Google Drive has seen 10 million sign-ups. While that figure doesn’t sound colossal, given Google’s massive reach, the anticipation for the service was palpable when we broke details of the launch of the Dropbox rival back in April.

Thanks an email from a Google partner, we were able to reveal that the service would launch the following week (as it did) and with 5GB of basic storage for free (as it did). The screenshot we were given was spot on too:

Google just launched its iOS app so, if you’re one of the 10 million signed up, or were waiting for mobile support, now is the time to get more interested.

4. US Police Can Copy Your iPhone’s Contents In Under Two Minutes [Published: April 20 2011]

Here’s an interesting one, this post was actually published in 2011 but its popularity hasn’t waned despite its relative age in the fresh-faced tech blogging space.

The issue of security is never out-dated, and this is a fascinating one – particularly as the device in question has been in use since 2008:

The real talking point around this issue is the concern that these searches could be carried out without the ascertainment of probable cause, and a warrant, meaning that they could violate the fourth amendment.

We love publishing short, cool snippets from across the Web via our Shareables channel, and this video of the incredible Tupac hologram from Coachella, is one of my favourite to date and really sums up what Shareables is about.

The technology that brought the deceased rapper ‘back to life’ for the gig is called Musion Eyeliner, and it’s a modern version of an old illusion trick called Pepper’s Ghost.

You can find more details about the tech in the original post, here’s the video: