A highly unusual object was spotted traveling through the solar system in 2017. Given a Hawaiian name, ʻOumuamua, it was small and elongated – a few hundred meters by a few tens of meters, traveling at a speed fast enough to escape the Sun’s gravity and move into interstellar space.

I was at a meeting when the discovery of ʻOumuamua was announced, and a friend immediately said to me, “So how long before somebody claims it’s a spaceship?” It seems that whenever astronomers discover anything unusual, somebody claims it must be aliens.

Nearly all scientists believe that ʻOumuamua probably originates from outside the solar system. It is an asteroid- or comet-like object that has left another star and traveled through interstellar space – we saw it as it zipped by us. But not everyone agrees. Avi Loeb, a Harvard professor of astronomy, suggested in a recent book that it is indeed an alien spaceship. But how feasible is this? And how come most scientists disagree with the claim?

Researchers estimate that the Milky Way should contain around 100 million billion comets and asteroids ejected from other planetary systemsand that one of these should pass through our solar system every year or so. So it makes sense that ‘Oumuamua could be one of these. We spotted another last year – “Borisov” – which suggests they are as common as we predict.

What made ʻOumuamua particularly interesting was that it didn’t follow the orbit you would expect – its trajectory shows it has some extra “non-gravitational force” acting on it. This is not too unusual. The pressure of solar radiation or gas or particles driven out as an object warms up close to the Sun can give extra force, and we see this with comets all the time.

Experts on comets and the solar system have explored various explanations for this. Given this was a small, dark object passing us very quickly before disappearing, the images we were able to get weren’t wonderful, and so it is difficult to be sure.

Loeb, however, believes that ʻOumuamua is an alien spaceship, powered by a “light sail” – a method for propelling a spacecraft using radiation pressure exerted by the Sun on huge mirrors. He argues the non-gravitational acceleration is a sign of “deliberate” maneuvering. This argument seems largely to be based on the fact that ʻOumuamua lacks a fuzzy envelope (“coma”) and a comet-like tail, which are usual signatures of comets undergoing non-gravitational acceleration (although jets from particular spots cannot be ruled out).

He may or may not be right, and there is no way of proving or disproving this idea. But claims like this, especially from experienced scientists are disliked by the scientific community for many reasons.

If we decide that anything slightly odd that we don’t understand completely in astronomy could be aliens, then we have a lot of potential evidence for aliens – there is an awful lot we don’t understand. To stop ourselves from jumping to weird and wonderful conclusions every time we come across something strange, science has several sanity checks.

One is Occam’s razor, which tells us to look for the simplest solutions that raise the fewest new questions. Is this a natural object of the type that we suspect to be extremely common in the Milky Way, or is it aliens? Aliens raise a whole set of supplementary questions (who, why, from where?) which means Occam’s razor tells us to reject it, at least until all simpler explanations are exhausted.

Yet another check is the often sluggish but usually reliable peer-review system, in which scientists publish their findings in scientific journals where their claims can be assessed and critiqued by experts in their field.

This doesn’t mean that we shouldn’t look for aliens. A lot of time and money is being devoted to researching them. For astronomers who are interested in the proper science of aliens, there is “astrobiology” – the science of looking for life outside Earth based on signs of biological activity. On February 18, NASA’s Perseverance rover will land on Mars and look for molecules that may include such signatures, for example. Other interesting targets are the moons of Jupiter and Saturn.

In the next five years, we will also have the technology to search for alien life on planets around other stars (exoplanets). Both the James Webb Space Telescope (due to launch in 2021), and the European Extremely Large Telescope (due for first light in 2025) will analyze exoplanet atmospheres in detail, searching for signs of life. For example, the oxygen in the Earth’s atmosphere is there because life constantly produces it. Meanwhile, the Search for Extraterrestrial Intelligence (Seti) initiative has been scanning the skies with radio telescopes for decades in search of messages from intelligent aliens.

Signs of alien life would be an amazing discovery. But when we do find such evidence, we want to be sure it is good. To be as sure as we can be, we need to present our arguments to other experts in the field to examine and critique, follow the scientific method which, in its slow and plodding way, gets us there in the end.

This would give us much more reliable evidence than claims from somebody with a book to sell. It is quite possible, in the next five to ten years, that somebody will announce that they have found good evidence for alien life. But rest assured this isn’t it.

This article by Simon Goodwin, Professor of Theoretical Astrophysics, University of Sheffield is republished from The Conversation under a Creative Commons license. Read the original article. 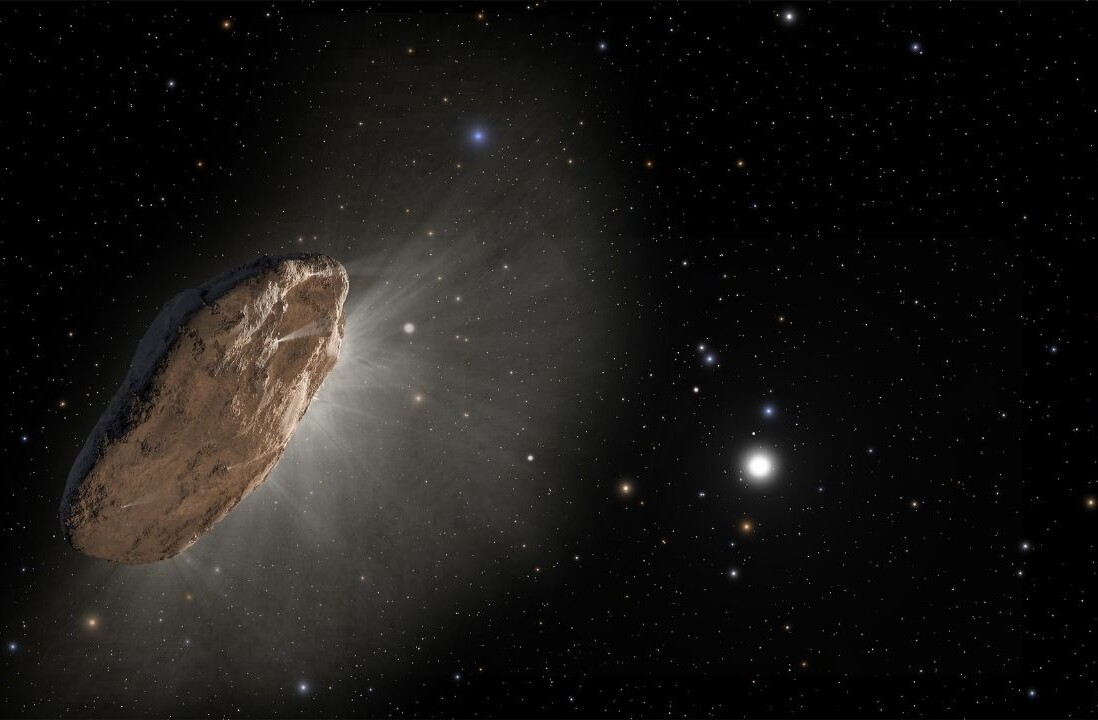