Social media has been lauded as the best method for creating civic activism – from rounding up rallies for revolution, to rewarding bus monitors who could do with a break. But without a beat to dance to, there’s not much point in trying to harness the crowd and this is where civic technologies can really help to create change.

The trend for getting things done via technology has really picked up in recent years. Being able to plug causes into social platforms no doubt helps this along. Here’s a look at some global campaigns that changing things for the better.

Brickstarter wants people to have a say in the way their city works. The project hopes to launch later this year and its aim is to bring together civic entrepreneurs and shed light on their ideas and work. This way both citizens and local governments can see what is on the table.

The organisation notes that regulators move far more slowly than small companies may be able to make progress, but both businesses and authorities need to understand each other in order to create change. To begin with, projects will be invite-only, but once they are chosen, they will be open for people to support if they wish.

Good for Nothing brings people together to develop strategies for change, and much of the organisation’s work involves hacks to improve the places we live in.

Tech volunteers gather at Good for Nothing’s events and often work through a weekend to find ways in which they can help organisations focused on positive change. A recent event brought about some great mobile ideas for helping in education and youth volunteering.

Naturally, implementing solutions can take a long time through larger organisations, but a hack weekend like this can kick-start ideas and create proof of concept for those willing to push things forward through the use of technology.

I am a City Changer is a global campaign, promoted by UN-Habitat, the city agency of the United Nations. Its aim is to help citizens become aware of urban problems and encourage them to create better cities.

The work has a focus on sustainable development to create resilient, greener, safer, healthier and productive cities, especially in developing nations.

Participants can post reports about actions that contribute to the improvement of communities and cities looking for solutions to the many challenges in urban life.

Hacking an urban environment means that the technological solutions or communications need to have a physical impact. Getting things done in your city might seem like a laborious task, but several organisations around the world have created systems to highlight and fix issues – like pot holes in the street. 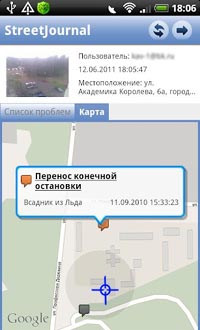 Rosyama, Fix my Street, Probok  and Street Journal are fine examples of handling not only road-fixing but also fly tipping, congestion and other urban issues. Not only do they let users photograph issues and highlight the problems, they also help to facilitate the ways in which citizens can get things fixed by approaching the proper authorities.

Part of the power of some of these sites is the ability for users to use mobile to spot issues around them and either take a snap with their phone to illustrate their reports or add them from that location with a note about the details.

Using open data maps or creating your own to hacked-together a vision of the city in which you live means that you can share alternative routes and secret special places as well as providing useful services and applications that might become fruitful businesses.

Open Urban is taking on city planning. The project saw a successful Kickstarter campaign finish in July and although it acknowledges that professional urban planners will always take the lead in evolving cities, its aim is to create a crowd-sourced map to increase public participation.

Big Art Mob, ArtSpotter and Art Mapper show users where they can find public works of art. The services also create vibrant communities that can add to the maps, increasing the amount of art people can find and swapping their knowledge.

Mapping can be a powerful tool for change. By gathering data about an area you can point out things that need to be done or shine a light on the good things. A great example of this is Urban Forest Map.

The Urban Forest Map is a collaboration by government, nonprofits, businesses and citizens, aiming to map every tree in San Francisco.

With that information, the network hopes to calculate the environmental benefits the trees are providing – from the gallons of storm water they are helping to filter to how many pounds of air pollutants they are capturing and how many tons of carbon dioxide they are removing from the atmosphere.

Cartography is not just about creating points on a map, the spread of information gathered can be shared in a number of ways that can lead to civic improvement.

Smart Citizen, is a Spanish project which hopes to connect sensor units within cities for residents to better understand and respond quickly to urban issues.

The Barcelona-based project is a collaboration between Hanger, Fab Lab Barcelona and the Institute for Advanced Architecture of Catalonia.

The project is currently looking for crowd funding on Goteo and the technology behind it is an Arduino-based system with an array of sensors that monitor humidity, light, temperature, air quality and sound. That information can then be used in any way which can help citizens understand more about their urban environment.

These are only a few examples of how people are thinking creatively about the tech-skills they have and how they can be applied to cities. The fact of the matter is that with an Internet connection, many of them can be expanded, replicated or improved to work on the city you live in.

Though it might seem as though coding is an indoor pursuit, it can create some of the most valuable tools we need to take pride in the cities where we live and help to influence the development of new cities for a brighter future.