So much for Google’s vows to deliver an ad-free watching experience for its premium YouTube Red service.

Peeved users have taken to Reddit to voice their frustration the search engine giant has begun displaying ads in its paid Red subscription service, which promised to deliver original content unobstructed by any promo materials.

Here are a couple of mildly annoying examples from users: 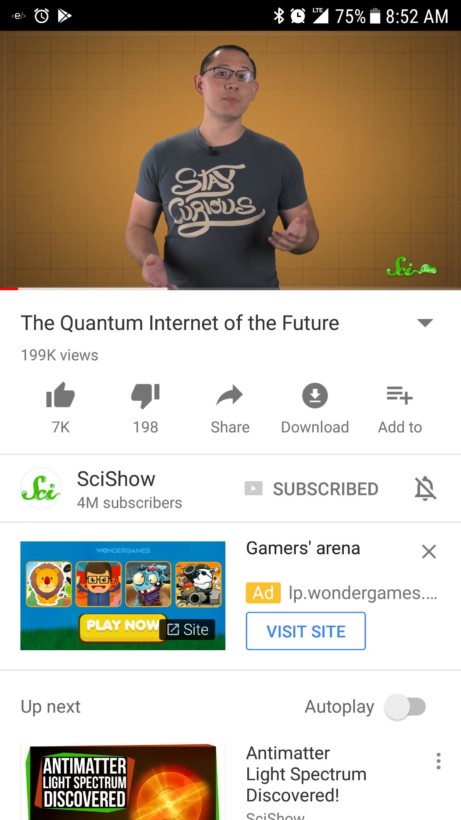 As you can see in the screenshots, the service now runs ads both on the home page and underneath certain clips.

One user who reached out to Google to express his dissatisfaction with the development, shared the following response from YouTube support:

But here is the deal: At no point does Google mention the possibility of so-called ‘print ads’ (please see first image in gallery above) showing up under videos in its Red membership details.

In fact, it explicitly goes on to guarantee an ad-free experience:

Other promotional content such as video annotations, links to other videos, trailers, or featured or recommended videos may appear.

While our policies do not permit creators to include ads in their content, there could be instances in which a creator includes product placements, incidental branding, or third party-ads in their videos. A typical example of this is a live stream of a concert or sporting event.

Assuming the ‘print ad’ format does indeed fall out of Red’s list of excluded ads, Google should have taken the measure to explicitly warn subscribers against this. Otherwise, they might as well go back to the freemium YouTube service coupled with any third-party ad-blocker to get the same ‘ad-free’ experience Red offers.

One thing to point out is that these ads appear to occur only to a limited extent at the time being. Some users were unable to reproduce the ad from the abovementioned video. However, others have reported spotting pre-roll ads on Red, which is strictly the opposite of what Red’s terms and services promise.

While in all fairness the ads in question seem rather unobtrusive, this breach of trust is particularly unsettling given Google’s ambitions to build its own ad-blocker for Chrome and destroy shitty ads.

We have reached out to the Big G for a clarification and will update this piece if we hear back.

Time to go back to third-party ad-blockers, folks.