Internet search and advertising juggernaut Google has announced that it will invest another 300 million euros (roughly $393 million) in one of its three Europe-based data centers, more specifically the one near the towns of St. Ghislain and Mons in Belgium (via AP).

The plans were revealed earlier today during a visit from Belgian Prime Minister Elio Di Rupo to the plant, which was kicked into gear back in September 2010 after an initial 250 million euro (approximately $330 million) investment.

In an announcement, Google said it would be investing more into the ridiculously energy-efficient data center to meet “growing demand for its online services”.

According to trade publication Data News (in Dutch), Freddy Bonhomme, Hardware Operation Manager at Google, said expansion works have already begun and will continue over the next three years.

The company has about 120 people working as computer technicians, electrical and mechanical engineers, catering, and security staff at the plant today. Google says that it will hire additional staff as required following the expansion.

Other Google data centers in Europe can be found in Finland and Ireland.

The one Google has in Belgium is, however, mostly notable for being the first to operate without water chillers. Instead, the company uses the climate to cool water without electricity in a process called “free cooling”. The data center also boasts an on-site water purification facility that allows it to use water from a nearby industrial canal (see video below).

In other news, the theme of the St. Ghislain data center is “Belgian beers,” with different conference rooms named after brands of beer popular in the region. Just so you know.

Note: This story has been updated to clarify Google’s hiring plans following the expansion. Data News had reported an extra 200 staff, however Google tells us that it will actually hire as required. 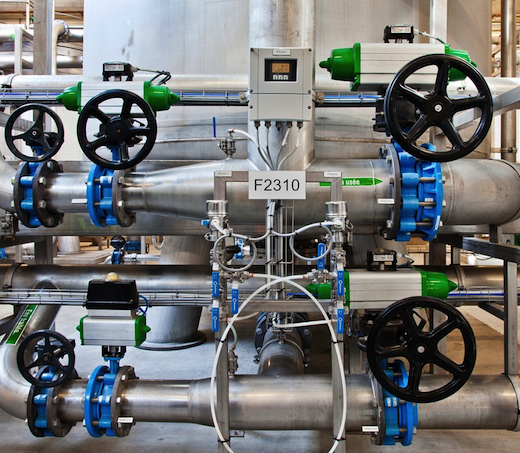