Google launched its Public Alerts system in Japan in March, and now it is extending the information provided to users from just tsunamis, earthquakes. As a post on the Google blog explains, those in Japan will now be able to get updates to help plan for typhoons, blizzards, landslides and other severe weather conditions.

The warnings, which appear in Google Maps, Google Search and Google Now and across all devices, will also provide details for high surf, dense fog and other minor weather alerts. The idea behind using a range of high-profile Google sites and services is to ensure that Japan-based Google users run into the details without having to specifically search them out.

“We hope they will help people in Japan prepare for natural disasters and stay safe when they strike,” Google Japan says, explaining that Google Now, for example, will automatically serve cards when weather alerts are announced. 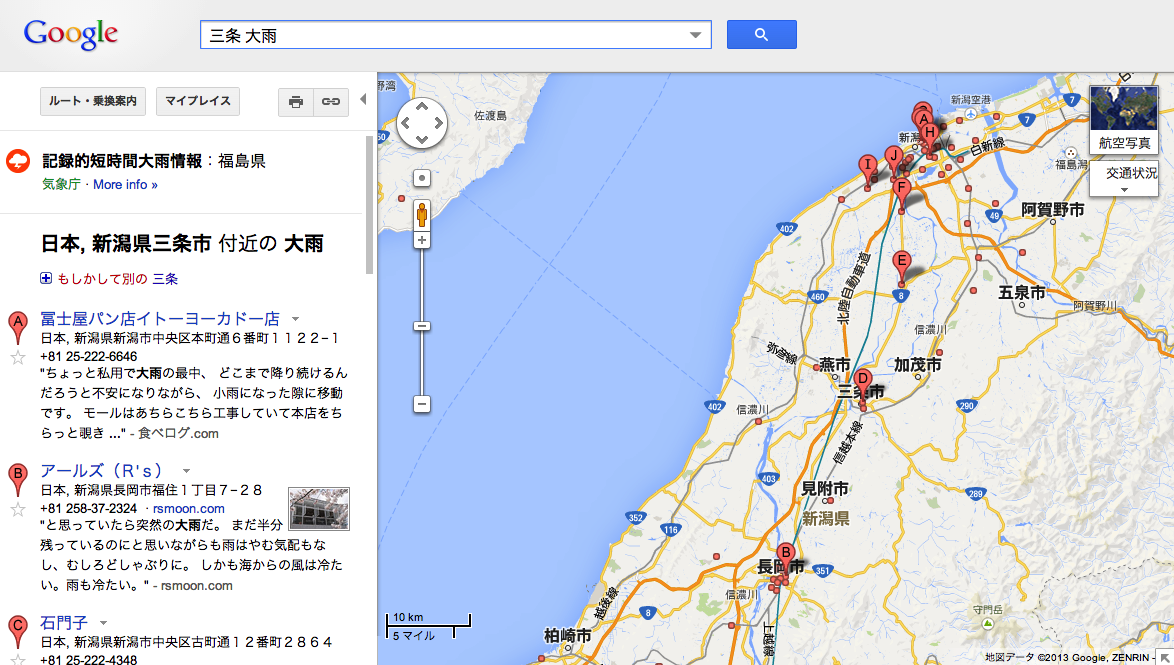 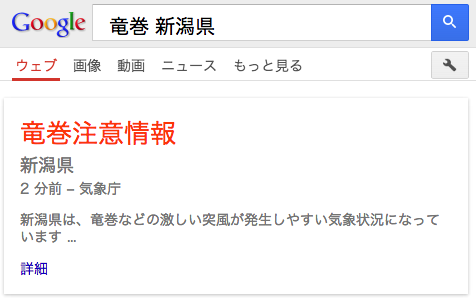 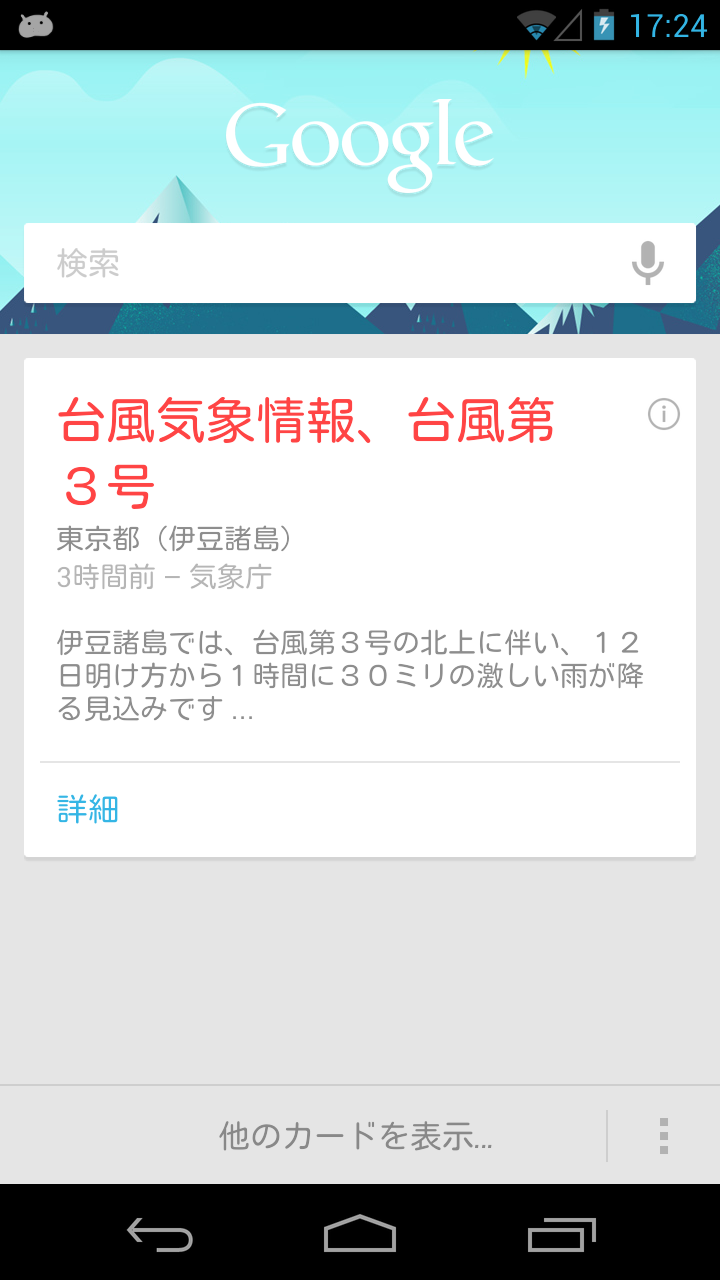 Japan’s Meteorological Agency and Rescue Now are the organizations providing the data that allow the Public Alerts to do their thing in the country.

Public Alerts began in the US in January 2012. They’ve been used across the world, and helped people prepare for Hurricane Sandy, the recent typhoon in Taiwan and other events.