Google today updated its Search app for iOS, adding a slew of new features for both the core search experience as well as Google Now. You can download the new version now directly from Apple’s App Store.

First up, notifications bring you information without you having to open the app. iOS users can now be informed when to leave for their next appointment or event, if their flight is running late, and how to catch the last train home.

Reminders go further by letting you ask the app to remember things for you. Google offers two examples: “Remind me to buy coffee beans at Starbucks” and “Remind me to check out the fair this weekend” that will display reminders at the right time or place. You can also ask to be reminded when your favorite musicians release a new album, TV show has a new episode, actors star in a new movie, celebrities and politicians make headlines, and so on by hitting the “remind me” button after performing a search. 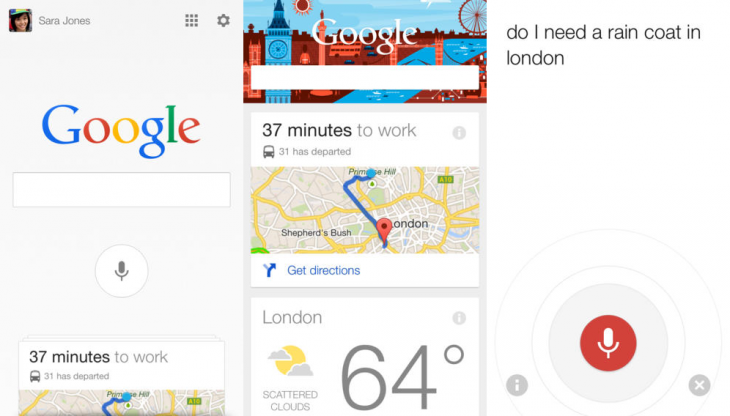 As for the new cards, Google Now can show you tickets for movies, concerts, and events, boarding passes for your flights, reservation confirmations for car rentals, warnings when your last train home leaves, and lists of upcoming local events. In other words, Google Now for iOS is getting many (but not all) of the features Android users have been enjoying for a while now.

Google Search for iOS is of course still very much about looking up basic queries. Here’s what’s new for the search component:

We’ve been saying for a while now that Google Search for iOS has been lagging behind the Android version. This update doesn’t exactly bring the two to parity, but it’s certainly a massive improvement for Apple users that narrows the gap.