Google might be about to get into the note-taking game after an Evernote-like service sprang up on its Google Drive service, only to disappear as quietly as it arrived less than half an hour later.

Android Police earlier discovered a source code that suggested Google was planning the service at drive.google.com/keep. They later found that the desktop version had gone live earlier this evening (US time). Shortly after their discovery, the service went offline, perhaps indicating that it had emerged to the world earlier than planned.

That’s certainly the impression that we got while briefly using the service before it went away. We didn’t manage to grab any screenshots, but Android Police captured a number which show a very basic — almost made-for-mobile — interface that allowed users to quickly create notes, but had no initial integration with the rest of its Google Drive products.

Keep has previously surfaced in the past, but this is its first look in the flesh. It could potential if (and presumably) integrated across Google’s range of services on the Web and mobile, such as Gmail, Google Now, Google Calendar, Google+….

The service did include search — as you’d expect from the creator of the world’s leading search engine — and its quick appearance and disappearance is intriguing. It could be that it went out too early and an announcement is coming, or perhaps someone at Mountain View clicked the wrong button by mistake.

We’re adding this to our list of other speculated future Google products, which includes an Apple newsstand-like service for Google Play, and the seemingly inevitable introduction of Google Now to its Chrome browser.

Here are the full set of images from Android Police: 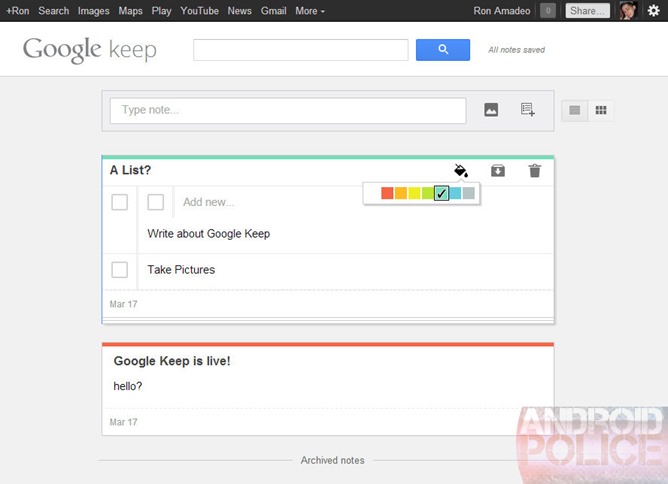 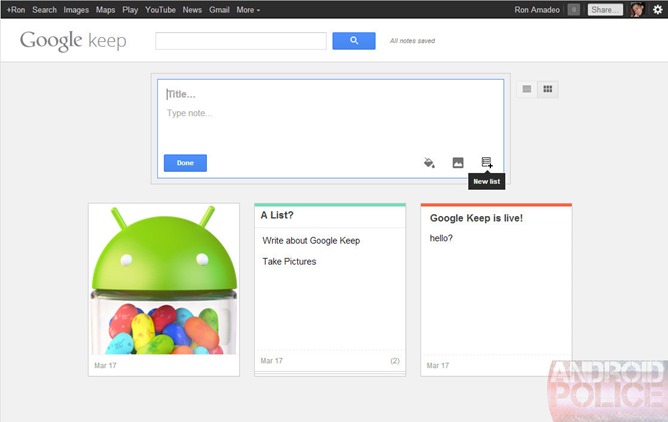 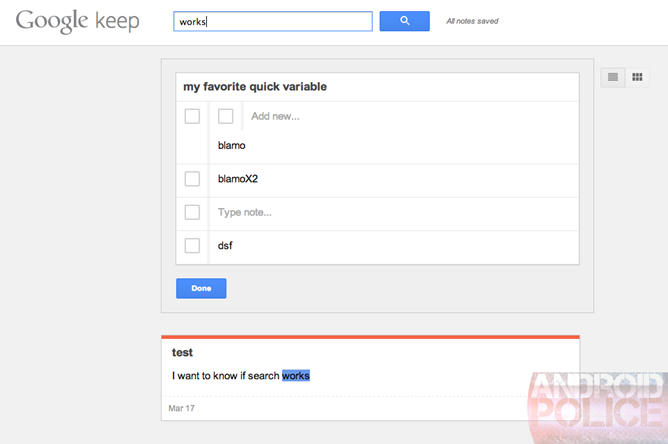 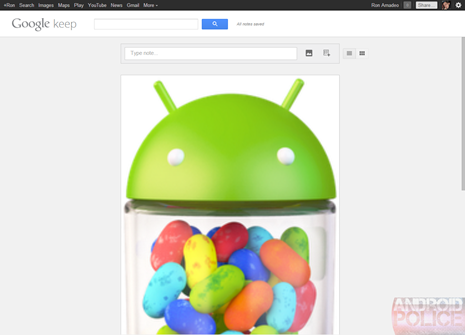