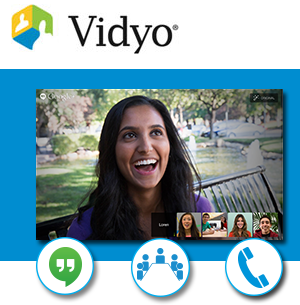 Google+ Hangouts have proven to be a useful tool for anyone wishing to sidestep Skype and video-call with individuals or groups. But for businesses looking to hook things up via their existing voice and video tools, well, things haven’t been so rosy.

Today, however, Vidyo (see previous coverage) announced the first product from its WebRTC partnership with Google (announced in August last year), one that will help companies plug their H.323/SIP video conferencing and IP PBX systems into Google+ Hangouts. The new software will be compatible with existing tools from the likes of Cisco, Polycom, Lifesize, Avaya and, of course, Vidyo.

VidyoH2O for Google+ Hangouts will be offered to businesses as a subscription service, starting at $99/port/month for deployment on-premises, or as a cloud-hosted offering for $149/port/month. It will be made available on March 31, 2014.