No, it’s not just you: Google appears to be suffering a massive meltdown. Numerous users are flocking to report experiencing issues using its services, including Maps, Search, Gmail, Drive and YouTube.

Both DownDetector and Outage Report are indicating that the company is struggling with server downtime across the board.

YouTube is having issues since 11:18 AM ESThttps://t.co/Y2dMzKpSuF
RT if you're also affected #youtubedown pic.twitter.com/TwGdcrGcNe

Google Maps is having issues since 11:15 AM ESThttps://t.co/4GfGTp0ijI
RT if you're also affected #googlemapsdown pic.twitter.com/MdD4N3Kedg

According to the outage heat map, it appears that users in the American East Coast, Central Europe and Japan are most severely affected.

You can check out the most severely affected areas in the screenshot below:

The company has indicated it is experiencing issues with Drive on its official status page, but is yet to confirm the issue extends to its other services.

Interestingly, the YouTube support team is currently addressing the outage with Russian and Portuguese users on Twitter.

Here are a couple of tweets:

Hi Pedro. We're aware of this and looking into it. For updates, follow the G Suite Status Dashboard: https://t.co/p9vN56ELru.

The Maps support team has similarly begun addressing the outage on Twitter:

Hi Johnathan. We're aware of this issue and our team is working on a fix. Appreciate your patience.

Hi there. We're aware of this issue and our team is working on a fix. Appreciate your patience.

As of now, it remains unclear what is causing the outage, but we have reached out to the Big G and will update this post accordingly if we hear back.

Update: Meanwhile, it appears that Google is not the only company experiencing downtime. Amazon Web Services and GitHub are also seemingly struggling with technical difficulties at the moment – though we’re not certain whether the events are connected. 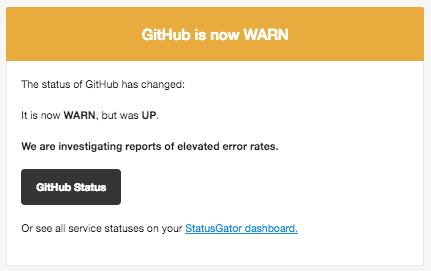 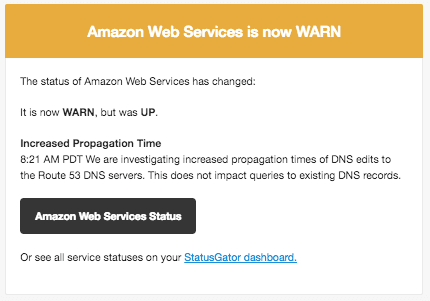 Update 2: According to posters on Hacker News, the outage is so bad that, if you load Search without caching, the Google logo won’t even show. Now this is what I call a rare occurrence.

Update 3: The Mountain View heavyweight has finally confirmed the partial server downtime on its status page:

Update 4: Google has resolved the issue and its services seem to be back up and working just fine, according to its status page.