Google’s two-factor authentication app for iOS got a big update today that brings Material Design to the app for the first time, along with iPhone 6 and 6 Plus support. 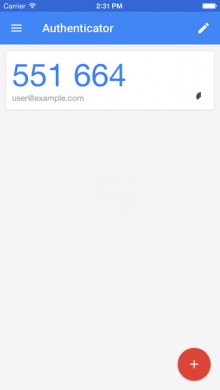 The app update features an overhauled design, bringing it in line with Google’s other Material Design style apps on iOS.

It also now shows which website generated a verification code (a feature that was sorely missing before) and fully supports Apple’s new iPhones.

Users can also provide anonymous feedback to Google via a link in the app.

Authenticator now separates the two-factor code into two groups of three numbers for much easier reading.