This article was published on February 11, 2013

Back in June last year, we reported that BBC Worldwide, the commercial arm of the BBC, was launching a mentoring scheme for digital startups called BBC Labs.

The six month programme was aimed at emerging digital media companies in the UK, with a view towards helping the selected startups gain traction and scale by working closely with them. In August, BBC Worldwide took the next step in this process by announcing the six (rather than five, as it originally planned) startups that would participate in the Labs programme.

One of these companies was Foodity, which has now become the first Labs startup to ink a commercial deal with BBC Worldwide, which will also see BBC Good Food and Tesco enter a partnership to bring the supermarket’s online shopping experience to GoodFood.com users.

Just to recap, BBC Worldwide’s GoodFood.com is among the UK’s biggest recipe sites, notching up an average of eight million unique users (45 million views) each month.  In March last year, it signed a similar deal with online grocer Ocado to help guide recipe-hunters towards buying the right ingredients. The Tesco deal represents its latest efforts to commercialize its online recipe content.

As for Foodity’s role in the deal, well, it offers an e-commerce toolkit for recipe-publishers to transform ingredients into online shopping baskets, as well as mobile or physical-format shopping lists, so this is designed to make it easier for shoppers to buy ingredients for recipes featured on GoodFood.com.

The service is not too-dissimilar to another service we recently covered called Whisk, which also creates shopping lists based on recipes, and lets you buy ingredients directly from the app.

With Foodity on board, Tesco’s online customers’ baskets will be automatically filled with ingredients, and it means they can shop at Tesco without leaving the GoodFood site. The tool can also make automatic product choices for users selecting the most affordable/popular, or best quality product matches, or users can make their own product choices from a range of product matches the tool identifies.

“Our ambition when launching BBC Worldwide Labs was to discover some of the UK’s most talented digital startups who could share their knowledge and offer technology solutions to both BBC Worldwide and other publishers in the hope that partnerships like today’s would be struck,” explains Jenny Fielding, Head of BBC Worldwide Labs and Digital Ventures. “We are delighted by the news of this partnership that clearly supports the vision and objectives behind Labs.”

The Labs scheme originally saw more than 75 companies apply. The six selected finalists were offered workspace within BBC Worldwide’s London offices, and kicked off back in September for a six month period. The scheme gave the startups the chance to work alongside specialists from across BBC Worldwide, covering technology, content, marketing, sales & distribution, advertising, PR, HR, legal and other key facets of business.

At launch, there will be more than 5,000 dishes to choose from, including Pancake and Valentine’s Day specials, and more will be added each week with all 10,000 recipes available shortly. Some examples include lemon drizzle cake, chilli con carne, chicken cacciatore, ultimate chocolate cake and yummy scrummy carrot cake. 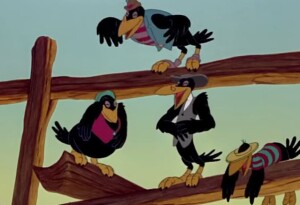