Watching movies through a headset is going to happen for all of us at some point in the near future. You might think it’ll be a VR headset, like Oculus, but chances are the portable entertainment system of the future will be a lot more like Avegant’s ‘Glyph.’

The Glyph is a multimedia viewer that’s no bigger than your average set of over-the-ear headphones. In fact, it is a set of headphones — only these are capable of much than cranking the volume to 11 and grooving to the impeccable musical stylings of the greats, like Rebecca Black.

Inside each Glyph is two small eye pieces, chock-full of millions of ‘micro mirrors’ that provide resolution comparable to that of a high-end movie theater. This movie theater, though, fits neatly in a carry-on bag and makes an excellent travel companion.

Once it’s plugged into your phone, you adjust each eyepiece independently — both distance and focus — until it seems like one giant screen. It takes a second to get just right, but once you do the experience is seamless and looks every bit as good as catching a flick at your local theater — $12 popcorn be damned.

If there’s a complaint, it’s a preferential one. I didn’t like the ability to look above or below the screen to see my surroundings. It might be nice on occasion, but it’s quick to break the experiential effect of getting lost in your own personal theater. 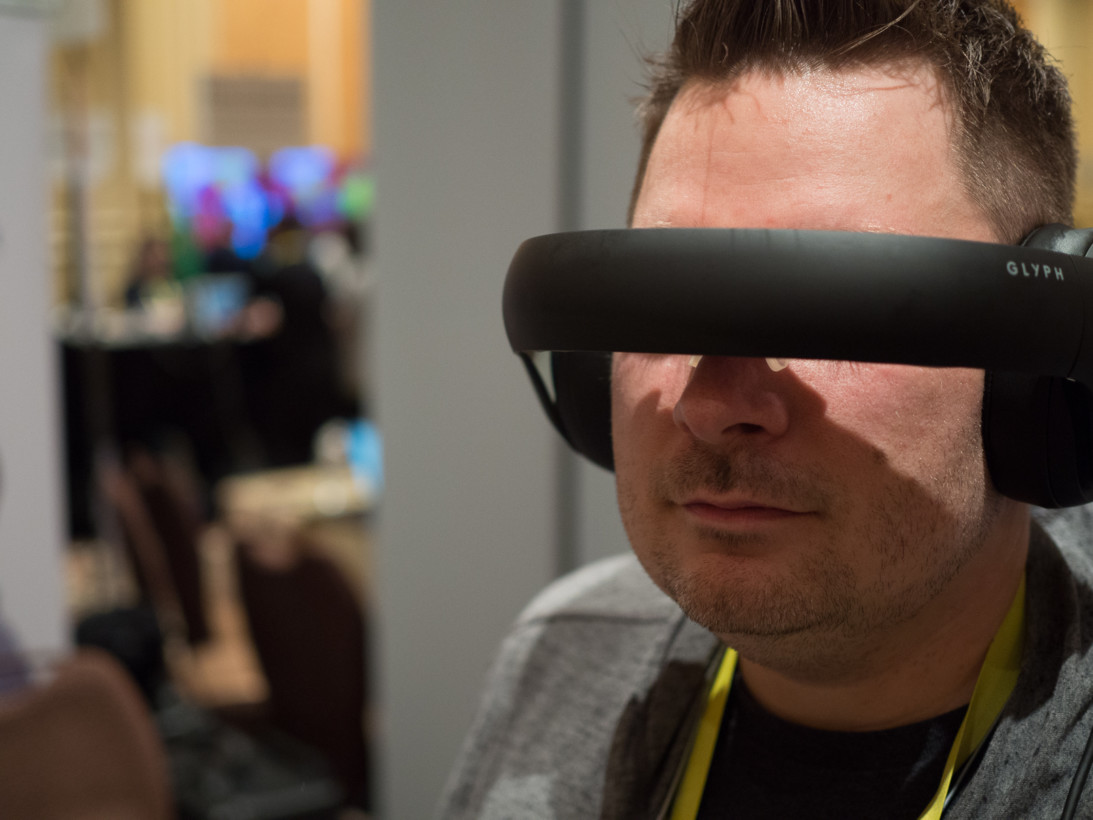 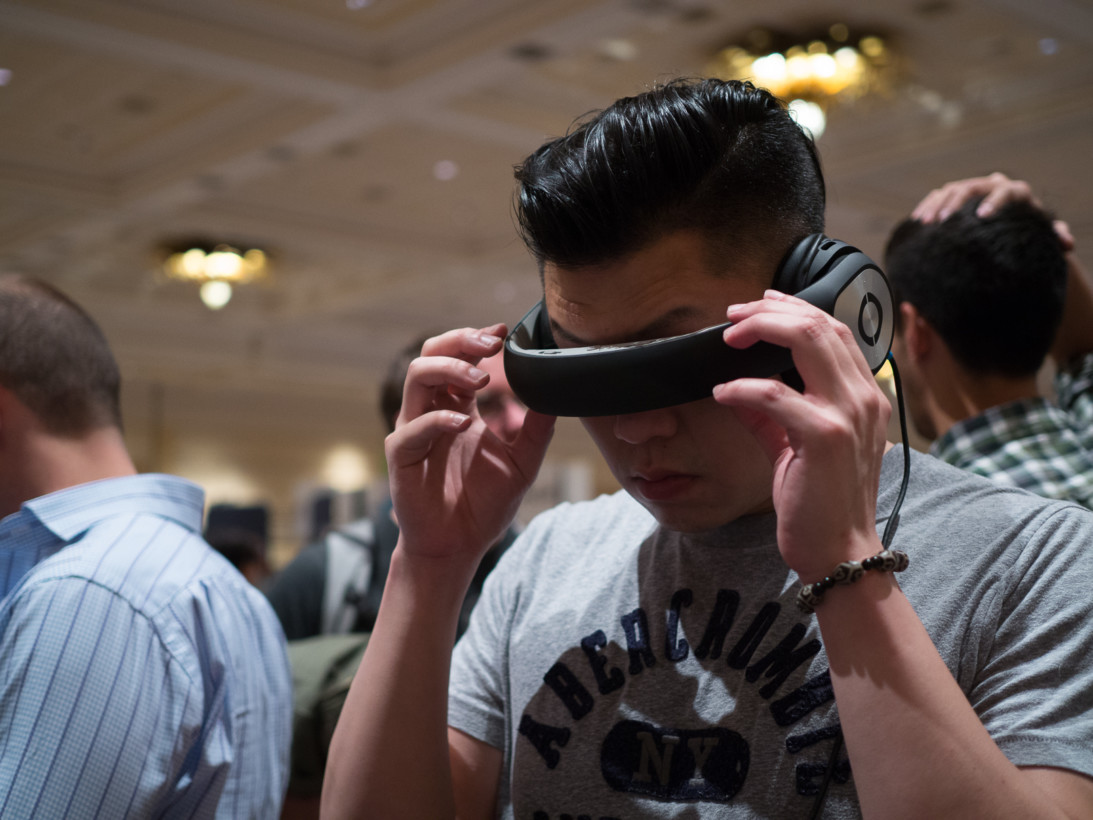 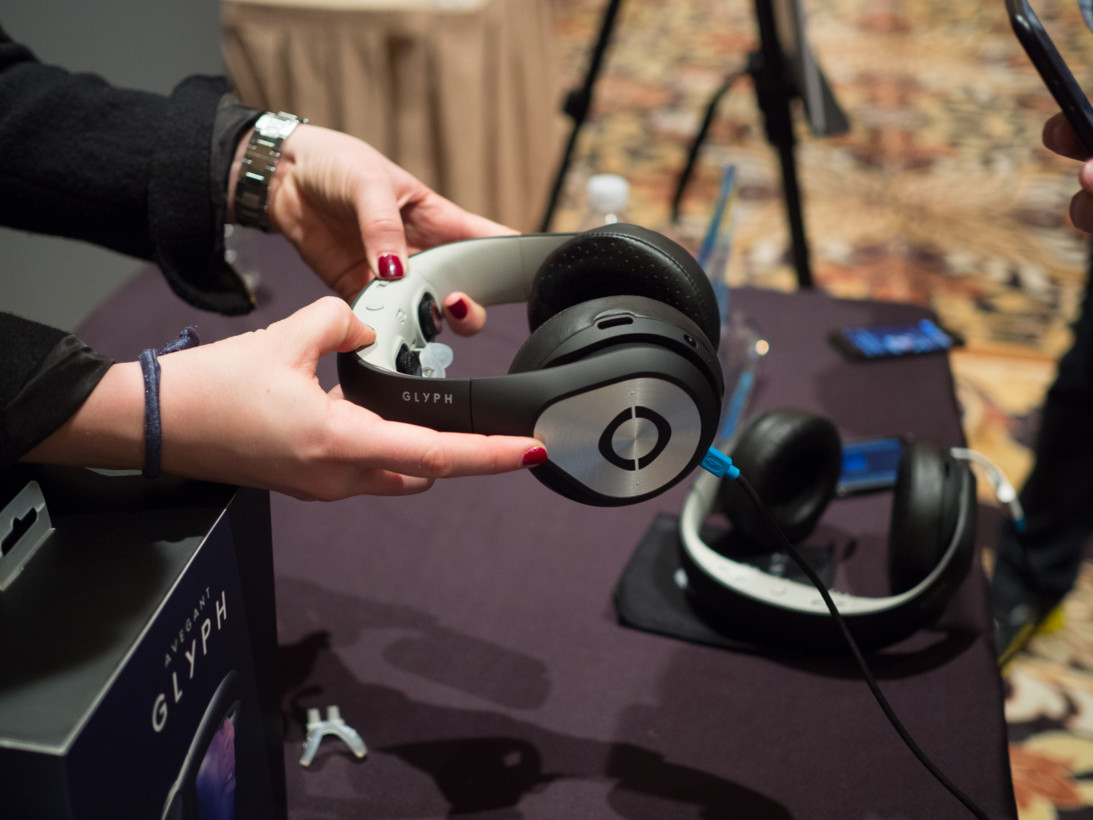 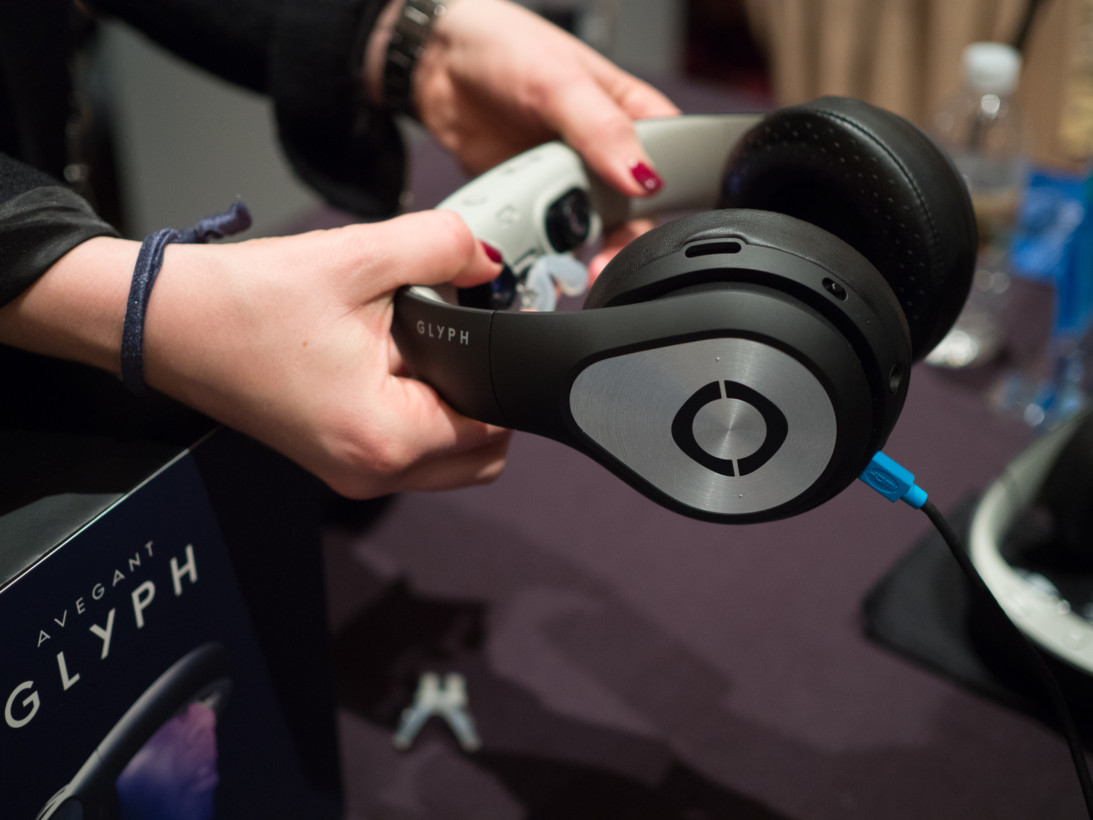 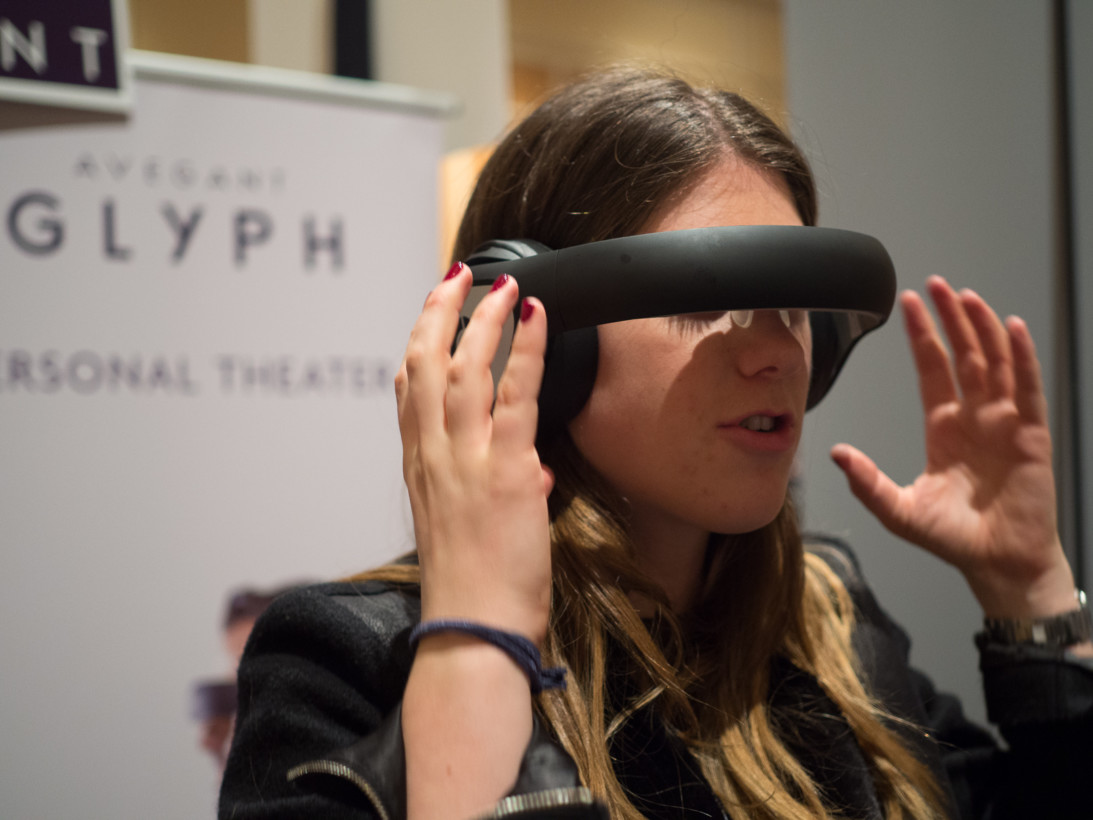 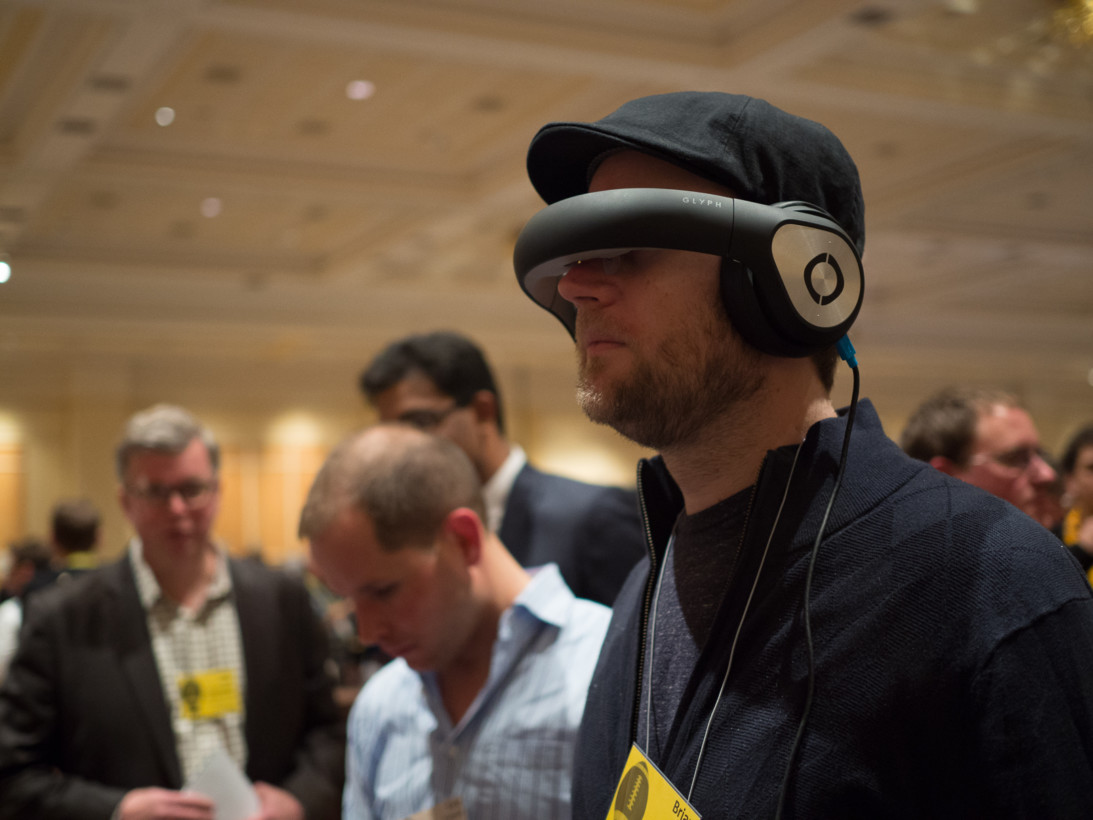 We’ll all be watching movies — at least occasionally — through headsets like these at some point in the future. Think of it as an MP3 player — we won’t listen to all of our music with it, but it certainly has its place.

For the time being, Avegant (arguably) makes the best option. Oculus and Vive are fully capable of playing movies, but between the bulk, wires, and the need to be plugged into a PC — they’re not great travel options. Avegant’s Glyph is.

It’s already here. Avegant Glyph debuted the Glyph at CES last year, and this year’s version is compatible with more devices than ever — including drones!

The Glyph retails for $549, and you can grab one at Avegant’s website.