There’s a conference out there for just about every aspect of the Internet that you could think about. But what’s been seriously lacking is something that focuses on the tie that binds. The glue, if you will, of the Internet and its various parts. Fortunately, the aptly-named GLUE Conference is coming up and you can be a part of it. 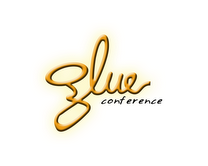 GLUE isn’t Fisher Price’s My First Tech Conference. It’s aimed at those people who have progressed past the point of simply seeing the Internet as a platform. If you’re an architect, developer, administrator or integrator (or you’re aspiring to be one of them) then GLUE is for you.

Founded in 2009, GLUE is the brainchild of industry veterans Eric Norlen, Seth Levine and Phil Becker. On May 23rd & 24th, the trio will hold GLUE at the Omni Interlocken Resort in Broomfield, Colorado (just outside of Boulder). The full agenda hasn’t been released to the public just yet, but even the sneak peak is impressive. Here are a couple of highlights:

Of course, it wouldn’t be a hardcore conference unless some folks were going to battle. That’s where the Demo Pod comes in to play. We (yes, I’m one of the judges) will be rifling through applications to get the best of the best a chance to present their work at GLUE. Thanks to Alcatel-Lucent, 15 companies will have completely free demo space at GLUE. Registrations for the Demo Pod are opening soon.

So whether you’re ready to take the next step, or if you’re already pushing the Internet forward, join me in May for GLUE Conference. I’m going in with high expectations for the conference, as well as the Demo Pod, so stop thinking about doing something and get gluing. Need a little more incentive?

We have a discount code just for you, TNW readers. Enter “TNW12” at checkout and you’ll get 10% off your ticket price.