Where else can you read all about Marissa Mayer, the Digg-rebuild and Vimeo trumping YouTube (in some areas)? Here’s our weekly look back at some of the key developments in digital media over the past week.

UK satellite broadcaster BSkyB (Sky) finally launched its pay-per-view, on-demand, subscription-free proposition this week, arriving initially for PCs, Macs and Android mobile devices. While it certainly seems as though Now TV could deal a major blow to Netflix and LoveFilm in Britain with its initial movie-focused offering, much more is to come.

We argued that Sky Sports’ imminent arrival on Now TV was a game-changer, and could completely change the way football is consumed in the UK. Moreover, it could also lead to a large chunk of people giving up their subscription. We wrote:

“It’s thought that there are currently 13m people in the UK without a subscription TV service, so BSkyB is targeting a large market here. However, I can’t help but think it will also lose a large swathe of its current subscribers when Sky Sports eventually lands on Now TV. All those fans who, season-after-season, decide to keep their subscription just for those handful of big sporting events throughout the year, will likely jump ship.”

Join now
Over on the other side of the pond, Amazon announced a licensing deal with Warner Bros. Domestic Television Distribution, which will see TV shows such as Fringe and The West Wing added to its Prime Instant Video catalog.

Amazon is really beginning to ramp up its content offering, having inked a deal with Paramount and MGM earlier this year. Throw into the equation its Amazon Studios division, which is developing fresh content based on user submissions (such as Zombies vs. Gladiators), the Internet giant is beginning to cement itself in the VoD space and could become a genuine rival to services such as Netflix. Indeed, it already is in the UK, with LoveFilm, which it acquired last year.

Elsewhere, as ABC noted, a new study suggests that YouTube is now a major platform for news, particularly for eyewitness videos during major events and natural disasters.

“The Pew Research Center’s Project for Excellence in Journalism on Monday released their examination of 15 months of the most popular news videos on the Google Inc.-owned site,” says ABC. “It found that while viewership for TV news still easily outpaces those consuming news on YouTube, the video-sharing site is a growing digital environment where professional journalism mingles with citizen content.”

Surprising? Not really. However, this story juxtaposes rather nicely against this next piece, and shows that YouTube isn’t the be-all-and-end-all of online video-streaming.

As CJR reported, Vimeo is the likely destination for those posting more, shall we say, ‘professional’ videos. “There are hundreds of thousands of documentaries now on the site,” wrote CJR. “And while Vimeo, started by two College Humor developers, Zach Klein and Jacob Lodwick, is now part of Barry Diller’s IAC, it’s also a bona fide documentary community, known in the film world as the place to find new, serious short films, excerpts of longer ones, or films in process.

“The key advantage of Vimeo for documentarians is that it allows posting films in HD, and did so long before YouTube supported the format,” it continues. “Vimeo also benefits from strong community guidelines: Uploaders have to participate closely in or create whatever they post.”

All Things Digital noted this week that while eBooks are booming, they’re still sort of small on the grand scheme of things. “Just like most media formats, the book market is still a long way from converting completely to digital,” wrote Peter Kafka. “Last year, print accounted for 85 percent of the publishing industry’s general interest sales.”

Still work to be done, perhaps, but there is no doubt that eBooks are a force to be reckoned with. Just this week, Barnes & Noble followed in the footsteps of Amazon and Kobo by launching Nook for Web, a new e-reader platform that removes the need for a mobile device, software or downloads of any kind. It’s right there, in your browser.

An interesting (and necessary) feature here is the seamless integration of your Nook account between devices. So you can read any book from your library and synchronize your progress across all platforms and pick up where you last left off.

PaidContent produced a good analysis that suggests consumers face a long wait for the $52 million tied to the Apple e-book ‘conspiracy’, which we’ve covered before here.

“A group of more than thirty states have bagged $52 million from publishers as part of a price fixing investigation involving Apple,” wrote Jeff John Roberts. “More money is on the way. While state leaders say the money is for overcharged consumers, legal and antirust (sic) experts say the arrangement is unusual.

“The tens of millions at stake raise questions about the political and business motives behind the deal, and could provide more fodder for critics who question government decisions in the high-profile e-book case,” he continued.

Roberts then looked at various facets of the case, and concluded that the money might not be making its way to readers themselves any time soon.

Is giving quote-approval a violation of professional ethics, pondered the Guardian? The newspaper concluded that journalists who let public figures ‘approve’ quotes attributed to them are complicit in political spin. This was in light of the ‘revelations’ that The New York Times follows a quote-approval process with The Whitehouse.

“This is not how I was brought up in journalism,” wrote Jeff Jarvis for the Guardian. “I was taught never to give sources or subjects approval – or any detailed foreknowledge – of what we were to publish. To do so would have been a gross violation of professional ethics.”

It’s difficult not to agree with that. But it’s also easy to see why some journalists fall into this trap, for the sake of staying ‘in’ with the big boys of politics. “It is a double-edged sword for journalists, who are getting the on-the-record quotes they have long asked for, but losing much of the spontaneity and authenticity in their interviews”, wrote The New York Times.

However, as The Washington Post noted, The New York Times may reconsider this in the wake of the controversy it caused.

With every passing week, we’re reminded of the perilous position of newspapers across the world. This week, the UK’s Guardian and Observer reported losses of £44.2m. These losses were in part a result of its increasing focus and investment in digital, but it ultimately means there will be more lay-offs in the pipeline, as the newspaper reopened its voluntary redundancy programme.

The Guardian has previously denied that it will be online-only in the foreseeable future, but it’s difficult not to see this happening within a few years, as print becomes more of a burden.

With that in mind, paywalls are never too far away from discussion in media circles. While The Washington Post may never cloak its online content as Gigaom argued, the folk at Mumbrella noted that paywalls are changing how journalists actually write.

“Most publications with paywalls allow the reader to see the headline and the first paragraph or two. To read more you have to pay,” writes Mumbrella. “So with a one fact story – Fred X has been named as the new boss of Company Y – there might be insufficient motivation for the non subscriber to subscribe – unless they can be tantalised. Instead, we’re moving to a situation where intros absolutely cannot get straight to the key fact. Instead, it must be written to intrigue the reader. Company Y has named its new boss. To read more, please log in…”

Mumbrella argues that this goes beyond paywall journalism and onto other online writing too.

Other notable events from the digital media realm this week include Marissa Mayer jumping ship from Google and landing feet-first on Yahoo’s doorstep. This was a curve-ball not many folk saw coming, but the chance to become CEO at a major digital company (yes, Yahoo is still big…) was clearly too big to turn down.

Elsewhere, MSNBC.com renamed itself as NBCNews.com, which was a strange move for such a recognizable online brand, right? Well, yes, until you realize that it signified the end of a relationship between NBC and Microsoft that goes all the way back to the early days of the World Wide Web. “Early next year, MSNBC.com will be reborn as a stand-alone site for the cable channel MSNBC, ending the brand confusion that has plagued the site in the past,” wrote The New York Times.

Finally, a new site called Rethink Digg sprung up this week, as Betaworks combines Digg with News.me and seeks to rebuild it from the ground up. How long are they giving themselves for the rebuild? Six weeks. Good luck guys. 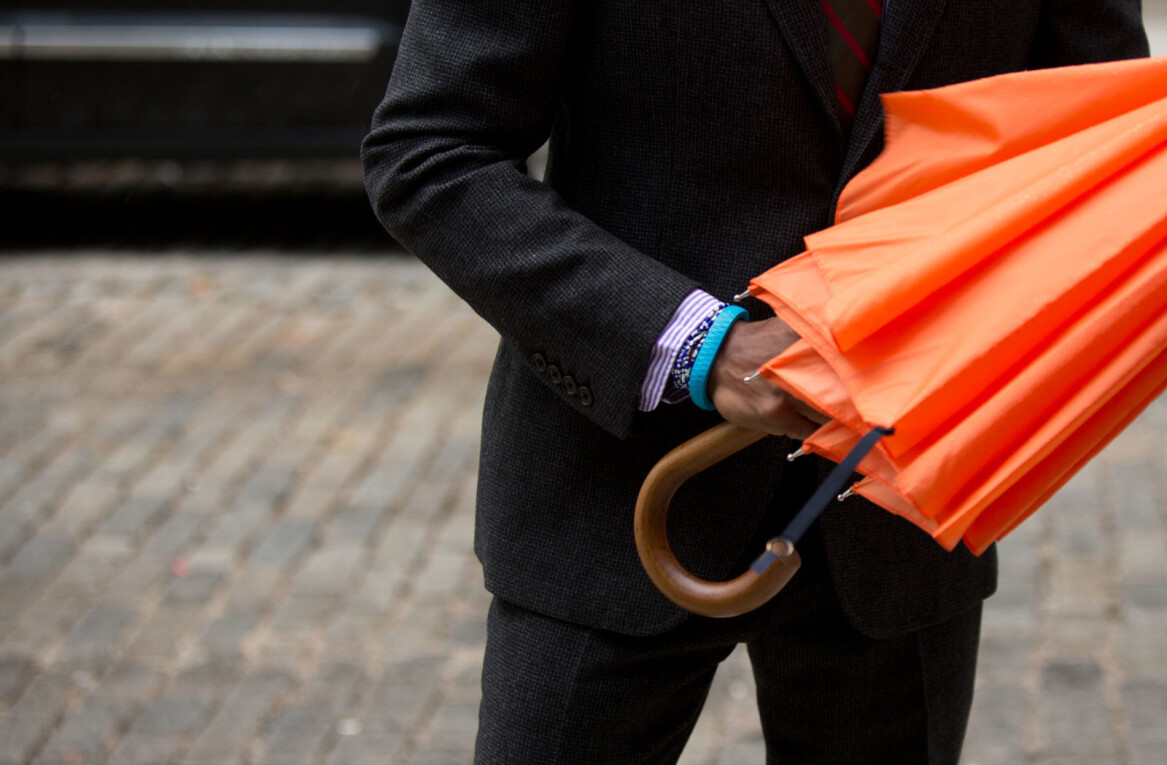 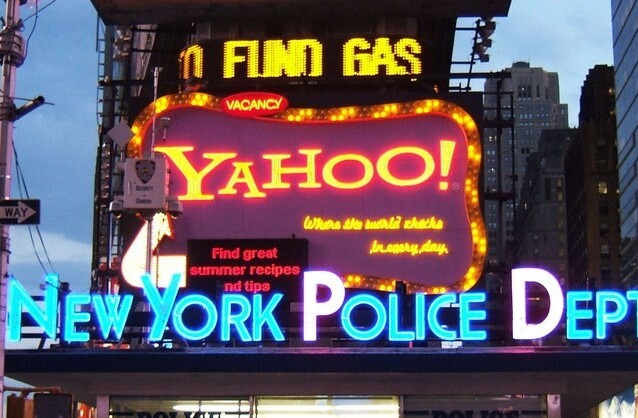