In our changing media landscape it’s important to note the ways in which different sites are being used and are seen – not only by their readers but also by the people who are using them for effective marketing. Steve Rubel from Edelman Digital (the world’s largest, independent PR firm) has come up with the second part in a series on the topic and it’s truly a sight to behold. 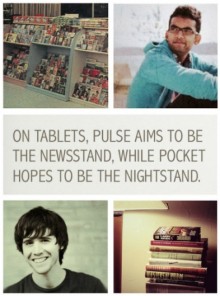 The first part of  The Clip Report, delved into the ways in which old media was making its transition into the present. In volume 2 Rubel posits his predictions for the future of media. Filled with interviews from outlets such as CNN, BuzzFeed, Flipboard and more, it takes an in-depth look at where we are now as well as where we’re going.

The report takes into account how we’re consuming media, but also how we’re finding it. There’s an interesting section which posits that both Amazon and Apple are now major content hubs, instead of just being stores:

“In the near term future, the media companies that understand, adapt to and partner with these five players will be in the best position to succeed going forward.”

The entire report is a fascinating look at online media as a whole, and it’s well worth the time you’ll spend reading its 11 pages. Oh, and it’s also beautifully-designed, so pop it onto your iPad and save it for later browsing.