Now, the French designer has apparently revealed that he has been working with the mighty Apple on a “revolutionary” new product that will be unveiled in the next 8 months.

As AppleInsider reports, Starck gave a radio interview with France Info, as surfaced by HardMac. As with any such Apple rumor, details are hard to come by, given the Cupertino giant’s love for cloaked secrecy.

If we’re to believe the iPhone 5 rumors, which broadly agree that we can expect a new incarnation of the all-conquering smartphone later this year, then that could be what he was referring to. According to the translation, Starck says: “…there is a big project together which will be out in eight months,” before referring citing the “religious cult” that is Apple’s secrecy for why he couldn’t say any more. He also stoked people’s excitement by calling it “quite revolutionary.”

Interestingly, Starck also said that he met roughly once a month with Apple’s Steve Jobs up until he passed away last October. And he’s still in contact with Jobs’ widow, Laurene Powell.

In addition to the LaCie hard-drives, Starck has produced a pretty broad range of 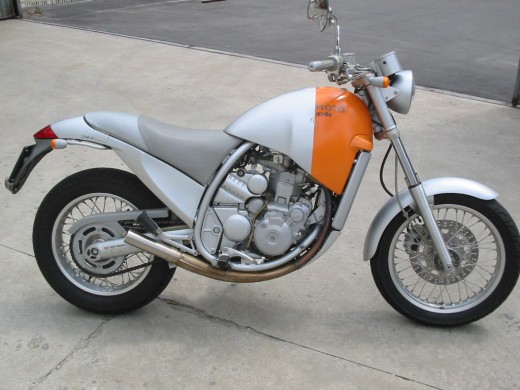 products, including motorbikes, windmills and toothbrushes.

As AppleInsider notes, there’s no direct link between Starck and any previous Apple product, but he did produce premium iPhone/iPod speakers and headphones for Parrot in 2008.

So, this is yet another Apple rumor for the mill, and we’ll see what comes of this.