Recently named as one of the top 50 Australians in technology, Matt Barrie is arguably one of the best known entrepreneurs from “down under”; however, his influence goes well beyond Australia.

As the CEO of the online outsourcing marketplace Freelancer, Barrie is at the center of a huge sector that the Internet and globalization are about to severely disrupt. We are talking about the job market, but don’t assume it’s bad news. According to Barrie, this trend can also change things for the best on a global level.

Ahead of his panel at our Conference in Amsterdam in a few weeks, we decided to ask him a few questions about his vision:

AH: Could you give us the big picture about what you think is happening today? 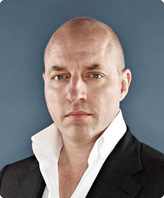 Matt Barrie: The Internet is in the middle of delivering the next big shift to society. The global labor markets are disrupted; the reason for that is there are 7 billion people in the world, but only 2 billion are on the Internet.

In other words, 5 billion people or 70% of the world’s population are not on the Internet, which is unbelievable to me, being in the technology industry.

Yet, these people are connecting at extremely rapid rates. If you look at top 10 websites in the US, over 80% of their traffic is now foreign. If you look at China, in the last 3 years more people connected to the Internet than the entire population of the US.

It means that there is a major inflection point happening right now with the Internet, with 5 more billion people connecting. They are just like us, but they are Poor, Hungry and Driven – I call them PHDs.

They are self-skilling, they are self-motivated and the first thing they want is a job, because their average wage is $8 a day or less – in some cases, less than $2. So when they go online, they are looking for a job, and Freelancer is at the forefront of that.

AH: Can you tell us more about it from Freelancer’s perspective?

MB: We are the largest online outsourcing marketplace in the world. We have 3.3 million users, and 1.5 million projects are going through us.

It’s really amazing to see what’s going on through us, with entrepreneurship rising on both sides of the market. In the West, you see small business owners, who are entrepreneurial because they are running their own business, but who don’t have a lot of money and time. They have all these ideas all the time, but they are too busy to execute them, and they are traditionally underserved when looking for help.

What we do is that we get them a digital workforce to get things done – very cost-effectively and without all of the hassle. In New York for instance, if you want to get a website done locally, you may find a web designer who will charge $10,000 or $20,000. Now you can jump on our marketplace and find someone on the other side of the world to do it, maybe for only $1,000.

At the same time, what we are seeing in the developing world is the emergence of a whole new class of entrepreneurs. They are starting their own service organizations helping the West – for example a design agency or a SEO firm. While doing so, they are raising their income level to unbelievable levels.

I know a guy in India who is making close to $1m a year building $100-200 websites. He started with nothing, and he now has people working for him. In Bangladesh, the minimum wage in some industries is $10 or $20 a month. In the Philippines, if you have a degree and you go into one of the main industries, call centers, your starting salary may be $200 a month. All of this means that you can now make your monthly salary in a few hours or a few days.

That’s an absolutely transformative force, both economically and socially – not only for the freelancers, but also for their families, their friends and their neighborhood.

AH: What are some of the changes you have noted over the last few years?

MB: We’ve been running for 8 years [the site was rebranded as Freelancer.com in 2009]. In the past, most of the jobs on our site were IT-related – sites, logos, etc. – but we now have a section in Aerospace Engineering. I checked it today and there were two projects, with people in India, Bangladesh and Pakistan bidding on them. This is only an example, and we now have some highly specialized sections.

Even though the volumes are low, we still see projects going through, with people getting matched up and completing the job. That to me is really exciting, because one could have thought it would have been impossible to find anyone.

Every job is now being digitized; software is eating the world. If your industry is not a software business in one way or another, you should worry, because it will come. We are in the middle of seeing it all happen.

AH: So you reckon that there will be winners and losers?

MB: Of course, because the Internet is a disruptive force. Back in 1995 and 1996 when it hit the commercial mainstream, it disrupted a bunch of inefficient industries, while creating an astronomical amount of jobs. From the media to the retail industry, new giants have emerged, such as Google and Amazon, as every industry is becoming a software business.

The same will happen with disrupted labor markets. One one hand, it will impact some industries where labor is inefficiently used in the West, but on the other hand, it will always create new jobs, as those who take initiatives in the West will now be able to find a workforce in the developing world.

AH: The average project value on Freelancer is a little bit over $200. What do you think of sites like Fiverr and Taskrabbit?

MB: These are two very different sites. Fiverr asks what you would do for $5, which works mostly for novelty things: write a poem for my girlfriend in the sand, send a postcard, etc. I think it is doing pretty well in its own little niche.

As for Taskrabbit, it is focused on very local jobs, for instance to get someone to walk your dog and wash your car. It’s not really a niche that we play, because we believe there are a lot of problems with that specific market.

If you build a marketplace for dog walkers in San Francisco, you’ll need to find people locally, and none of that will help you if you expand to Los Angeles.

It makes it a very expensive business to try to grow. Plenty of people are doing it in different segments, and actually quite a few have gone bankrupt, because they’ve been building local liquidity, not global liquidity. The extra person that signs up doesn’t really help the group as a whole.

AH: This is quite different from Freelancer, which scaled globally. What are your main markets?

MB: About 80% of the jobs on Freelancer are still IT-related. In terms of employers, 40% come from the US, 10% from the UK, 7% from India, 4% from Australia, another 4% from Canada, plus a long tail in several countries.

As for freelancers, the top country of origin is India (35%) followed by Bangladesh, Pakistan, the Philippines and China.

The fact that 7% of the employers are from India is very remarkable. It comes from the fact that Internet freelancers with a good reputation can win a lot of jobs – often more than they can actually do.

So this is actually about arbitrage: if your job is mispriced, they’ll get someone else to do it for less money. From an economic perspective, it is interesting to see that the same phenomenon we know in the capital market also exists in the labor market.

MB: Latin America is definitely on our radar. I’ve spoken in Latin America twice in the last year; I gave a keynote in Santiago, Chile for ECommerce Day, and I was also a speaker at Red Innova / E-merging Markets conference in Sao Paulo, Brazil. We are now working on getting our site multi-lingual, and we will get there very quickly.

Once our platform is available in Spanish, there could also be an opportunity with youth unemployment in Spain. This means young Spaniards could use your site – not only to find freelance jobs, but also as a good way to start their own micro-businesses.

AH: You were recently quoted saying that: “There is a bubble in Silicon Valley valuations so VCs are looking elsewhere to find good deals.”

MB: There’s a lot of activity happening right now in Silicon Valley, it’s certainly the dot-com boom 2.0. As a result of that, valuations can get a bit bubbly, because there is a lot of venture capital trying to fight over Pinterest and other hot startups.

What I’ve seen in Australia in the last year is that the big funds like Accel and Sequoia are now traveling overseas, looking for good investments, because there’s less competition. This means that they can potentially get these deals cheaper and with a cleaner capital structure than in the US.

Accel Partners, for instance, has made several investments in Australian startups. They are very committed to look in other markets, which means that Australia, Canada, the UK and parts of Europe are very much on the radar.

AH: You will be a speaker at The Next Web Conference in Amsterdam at the end of April. What do you like about speaking at tech conferences?

MB: I think the message on what’s happening at a macro level is very important – and that’s also the reason why we get press coverage in outlets such as The Economist or The Atlantic. The rest of the world is connecting to the Internet, and it will be as big an event as when it went mainstream in 1995-1996.

There was a huge disruption curve, and I think we are going to go through that over the next few years with the labor markets. Say that 2 or 3 people around you have heard about online outsourcing right now; well, in a couple years, you might have your own designer, a virtual assistant, a tutor, people doing research for you, etc. In other words, you will be able to have a whole network of service providers, helping you with your life and business on a daily basis.

I also like speaking at tech conferences, and it’s a great audience for us. The Internet business model is very capital-efficient nowadays; instead of $5m in funding, startups now get $20k from Y Combinator, Techstars and other incubators.

From the startup’s perspective, if all you have is $20k, you need to find economical solutions – and the best bang for your buck when it comes to labor these days is to hire a digital workforce. This means that a tech conference is target-rich for us, and it’s also a good place to deliver what I see as an important message.

Still need a ticket to TNW Conference? You can find them here. 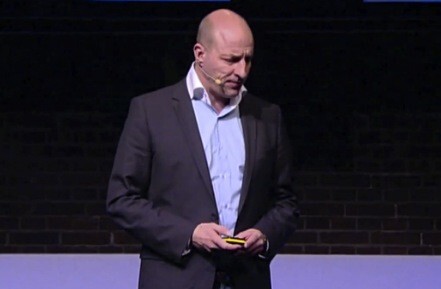