The central bank of France and its local financial markets regulator, Autorité des marchés financiers (AMF), are not particularly fond of the prospect of having thousands of tobacco stores sell Bitcoin and Ethereum coupons to citizens.

The government agency has issued a notice to warn citizens against buying cryptocurrency coupons, reminding them that cryptocurrencies are often unregulated and, generally, not well-suited for uninformed investors.

“[In light of recent announcements to offer cryptocurrency coupons in tobacco stores,] the AMF, the Bank of France, and the French Prudential Supervision and Resolution Authority warn that the acts of purchasing, selling, and investing in Bitcoin are currently carried out outside any regulated market,” the statement reads.

The AMF also took a moment to remind consumers that – since cryptocurrencies are digital assets – it makes little sense to use a coupon to purchase Bitcoin or Ethereum.

“Bitcoin is a type of asset, sometimes referred to as virtual ‘currencies’ or ‘cryptocurrencies,’ which currently exists in the world,” the AMF further wrote. “It is exchanged online, and is not directly linked to a physical coin or a bill. It does not benefit from a legal tender, unlike the currencies issued by central banks.”

The AMF is correct – and indeed, each coupon will also include a 7-percent commission as part of the price. Instead of buying a coupon, anyone can obtain Bitcoin or Ethereum from a specialized cryptocurrency exchange desk. Yes, you will still pay a small fee, but it will be much less than 7 percent.

The AMF also had some reservations about the legitimacy of the company responsible for handling the coupons, KEPLERK.

“[The distribution of the coupons will be handled] by a public limited company – PAYSAFEBIT SASU with a capital of €50,000, using the trade name KEPLERK – which does not have any authorization or approval by a French or foreign authority, and is not likely to provide any guarantee to the customer base,” the statement insists.

For those out of the loop, last week the French confederation of tobacconists unveiled plans to offer cryptocurrency coupons in 3,000 to 4,000 tobacco across the country, starting from next year.

Although initial report suggested the deal was sanctioned by the Bank of France, the bank later issued a statement to deny such claims.

With the AMF denouncing the project too, it will be interesting to see whether the French confederation of tobacconists reconsiders its plans. 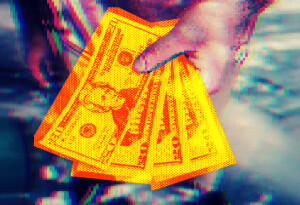