Bell Helicopter revealed its Air Taxi concept at this year’s CES, showing a mock-up of the passenger cabin. Visitors got a look at what travel in it would look via a VR headset.

The taxi itself is a four-seater cabin that looks exactly as space-age as I’d imagined my flying car would look. The actual flight mechanism wasn’t featured on the event floor, only the cabin. Users who put on a VR headset would see how the flashy dashboard looks in the air. 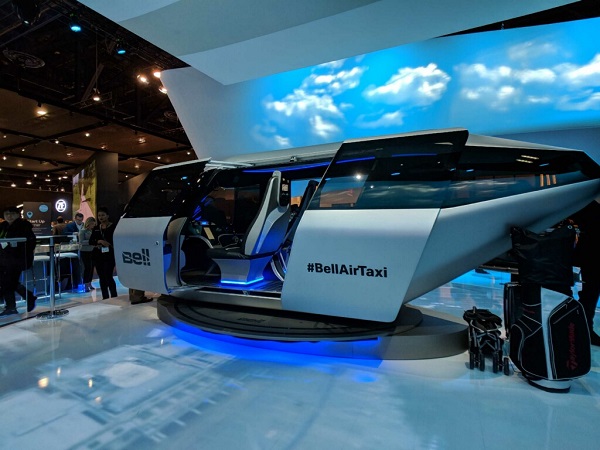 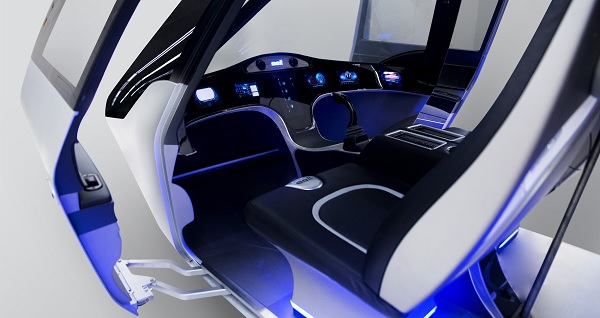 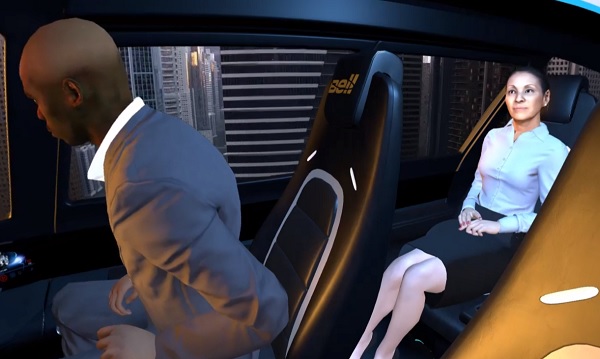 The taxi is also tricked out with several amenities such as social media connectivity, bluetooth audio, and video conferencing — none of which I’ve ever felt wanting in the terrestrial taxis I’ve been in, but maybe my trips just weren’t productive enough.

While we’re seeing plenty of other tech ready to take to the air, not the least of which is the kickass Volocopter, Bell’s taxi is presented a bit differently. It looks less like a helicopter and more like a car, an impression probably helped by the fact that the actual flight mechanism was absent from the show floor.

Bell claims to have the same goal of averting urban gridlock as several of the other automotive tech producers at the show. According to CEO Mitch Snyder, “The future of urban air taxi is closer than many people realize. We believe in the positive impact our design will have on addressing transportation concerns in cities worldwide.”

The Bell Air Taxi is just a concept design for now, though a spokesman told Fast Company the actual vehicle is in the testing phases at the moment. For now, curious flight enthusiasts can take a look at the company’s VR cabin on its website.